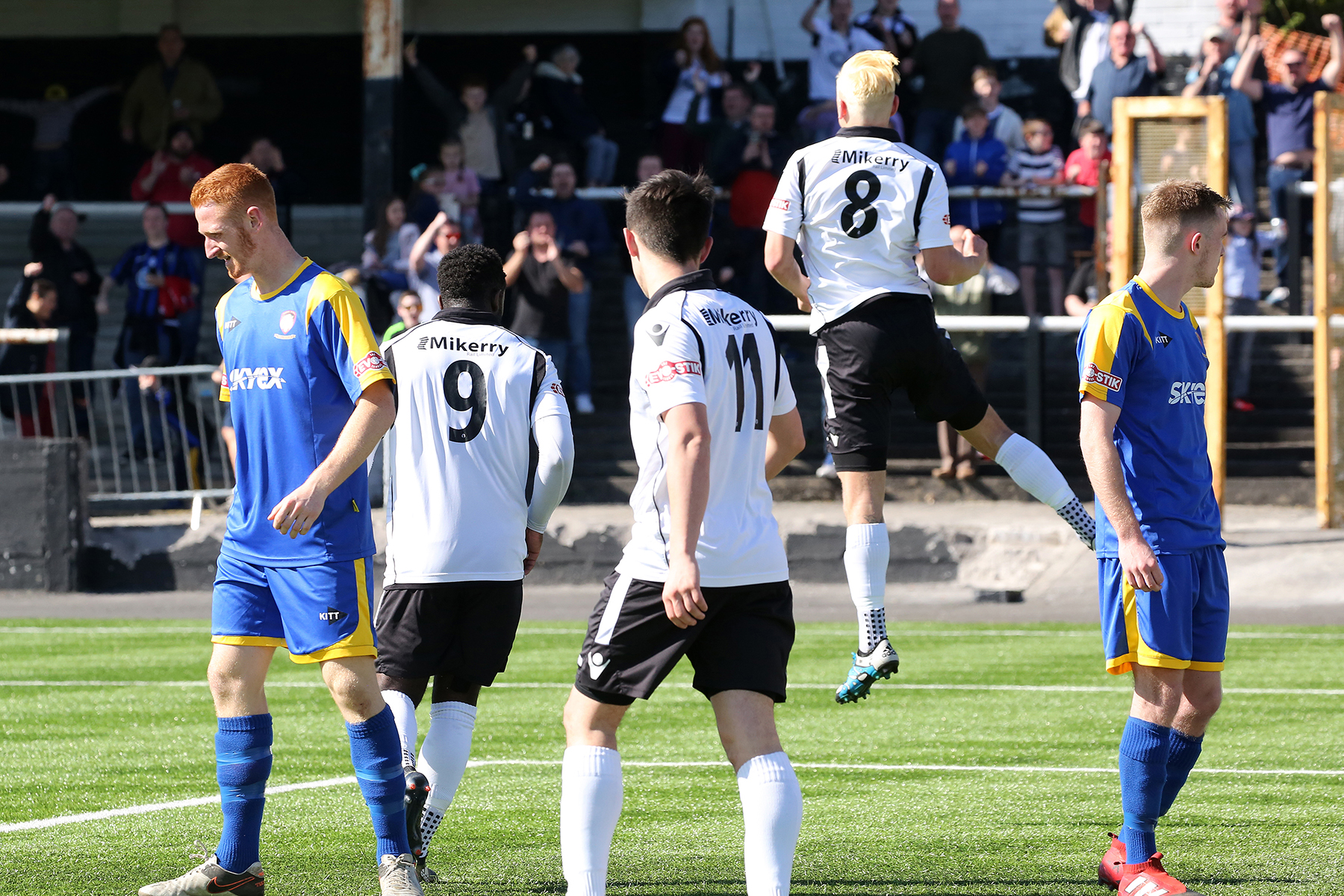 The 28-year-old, from New Tredegar in the Rhymney Valley, led the Martyrs to an outstanding Premier South victory.

Defeat is a blow to Taunton hopes of going up this season and manager Rob Dray said: “Merthyr Town thoroughly deserved their win.

“Gavin [Williams] has talked about Merthyr needing two wins to ensure they avoid relegation, but they are miles away from that now.

🎥 | Take a look back at the goals and the action as Merthyr Town beat The Peacocks 4-2. #UpThePeacocks https://t.co/7FPGjnimlR pic.twitter.com/SCXB1tBoH5

“It’s at places like the MetCoaches Stadium on a cold night that you measure yourself. We needed a positive result, but we weren’t great.

“The excuse culture is not for me. We can’t defend like that. Defensively we were soft.”

Merthyr Town are nine points ahead of the relegation places and came from behind to beat Taunton.

Oliver Chamberlain went ahead after two minutes, but Merthyr powered into a 4-1 lead thanks to goals from Richards (14, 33, 60) and Ian Traylor (49).

Chamberlain pulled a goal back with 11 minutes left, but Merthyr were excellent value for a valuable victory.

Gethyn Hill set up Richards for Merthyr’s first goal and he smashed home the chance.

Some sad news reaching us at the club today with the passing of former club Director and Treasurer John Eastment. John was an integral part of the Southern League for over 30 years and held numerous positions within the league. RIP Mr Eastment ⚫️⚪️ pic.twitter.com/YQOlZRaKPU

Just after the half hour Richards found space around 20 yards out and curled his shot into the left corner!.

Richards completed his treble on the hour, turning home Ian Traylor’s effort to clinch the points for Merthyr.

🎥 | Josh speaks to Rob Dray after The Peacocks are beaten 4-2 at Merthyr Town. #UpThePeacocks https://t.co/4xITvkpFNy pic.twitter.com/OHGxmpQPhp