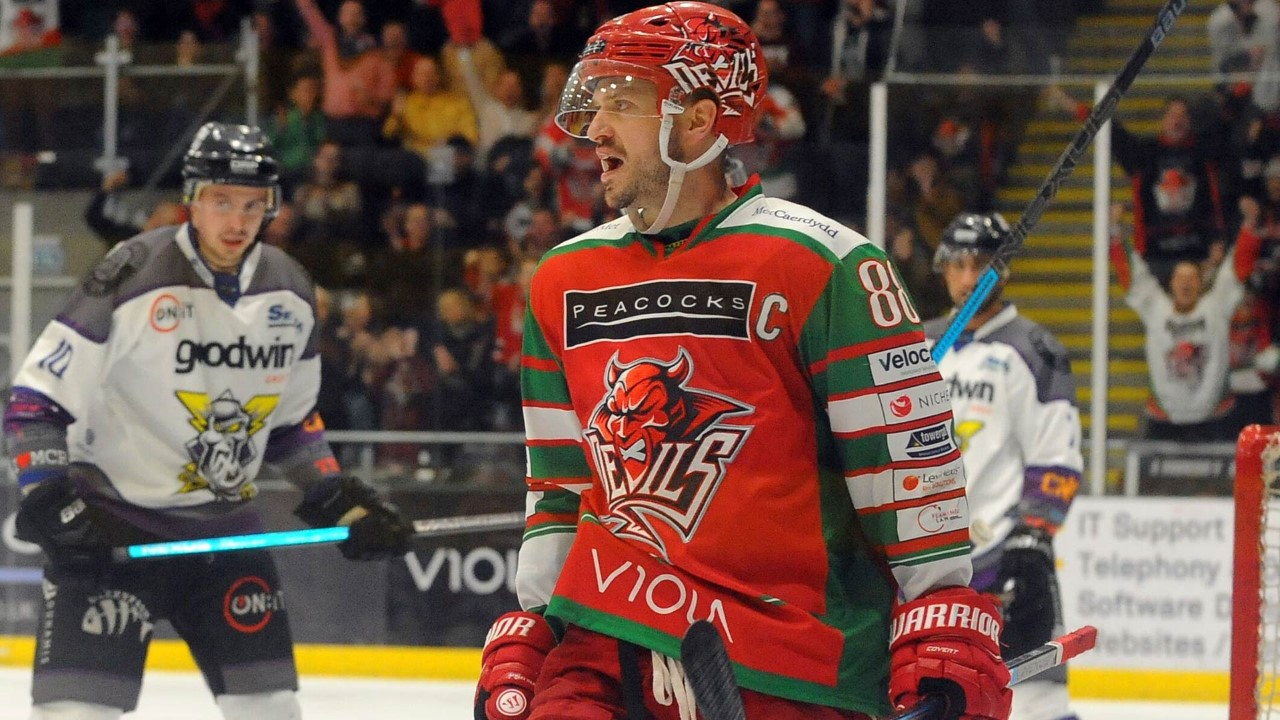 The Cardiff Devils have brought back two of their most influential players in recent years to aid head coach Brodie Dupont’s first full season in charge.

Martin and Bowns abruptly ended their six-year association with the Devils after the 2019/20 season was curtailed.

In a golden era for the team, Martin scored 365 points in just 304 games whilst Bowns became the most successful goalie in the team’s history, backstopping them to three Erhardt Conference titles, two Challenge Cups, two Elite League titles and two Play-Off Championships.

Martin is the second centre to be confirmed by the team for the new season following the re-signing of Jake Cougher.

Browns will replace Mac Carruth, who departs after a stellar single season on Cardiff Bay.

Richardson returns to captain the Devils for what will be his 15th year with the club. Last season he scored 5 goals and 22 assists for 27 points in 70 games. He was one of only four Devils to play in every game last season. He also played for Team GB at the recent World Championships and finished the tournament by earning his 100th cap.

Speedy winger Waller returns for a second year after having a break-out season in 2021/22. Twelve goals and 17 assists in 59 games saw him awarded as the Elite League’s “Young British Player of the Year”, earning him a debut call up to the Team GB squad in the process.

Duggan is back for his fourth season as a Devil. The 23 year-old has already won two Play-Off Championships, last season finishing with 6 goals and 10 assists in all competitions before competing in the World Championships for Team GB.