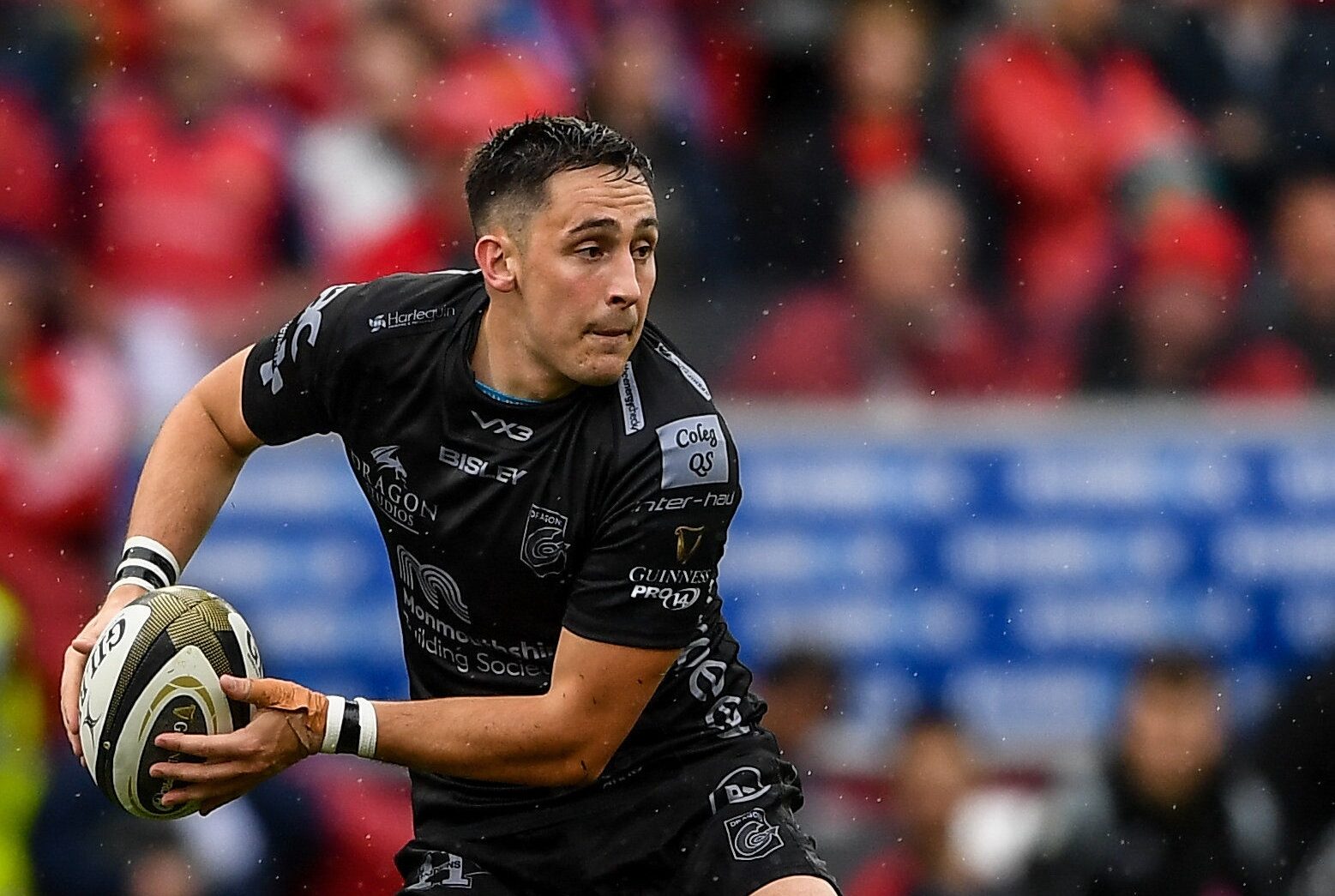 Sam Davies reckons he has never felt fresher in January and aims to prove it when the Dragons resume their season on Saturday after a month-long break.

After four weeks of inactivity, the Newport region finally get back on the rugby field when they travel to Treviso to take on Benetton in the European Challenge Cup.

For their playmaker and No.10, it’s an opportunity to show the benefits of a mid-season break and a chance for his team to end a six-match losing sequence, in a must-win clash that is live on S4C.

“I have to say, I feel a lot fresher than I would normally do at this time of year,” says Davies, who lines up alongside Jamie Roberts in the Dragons back line.

“Normally in January, on a Monday morning, I wake up and have to limp down the stairs.

“But my last few Saturdays have been spent taking the dog for a walk over the park, instead.”

Davies admits the Covid-enforced stoppage may prove to be beneficial to the Dragons, who need something to rekindle their campaign which was in danger of plummeting in a downward spiral after they were beaten by Lyon on December 17.

Their festive derby clashes were entirely wiped out with games against the Ospreys, Cardiff and the Scarlets all being postponed.

The Dragons have lined up a move for former Munster fly-half JJ Hanrahan.

They are keen to bring in another 10 to put the pressure on Sam Davies.https://t.co/N9xdj6xStj

The Dragons were badly affected by Covid outbreaks, with at one point over half the squad unavailable for selection and Davies admits: “It was tough not having the games over the festive period.

“We were still prepping as though we were playing, so it was difficult because you do all the work but don’t get the release at the end of the week.

“But the benefit might now be that we have been able to re-set. Hopefully, the break has broken the momentum of that losing run we were on.

“I’ve been part of teams where you get into a losing momentum and it becomes almost second nature. It’s hard to get out of it.

“The break has freshened things up and, hopefully, snapped us out of that losing streak.”

In fact, the only notable records being updated at Rodney Parade over the past few weeks have been young players signing new contracts.

The oldest of that batch is Coleman, at 23, leaving Davies – who is now 28 – realising he is now one of the old guard.

🚨 TEAM | Team is 🆙️ to take on @BenettonRugby in round 3️⃣ of @ChallengeCup_ action tomorrow afternoon! 🙌

“I am finally realising I am one of the more senior guys now,” says the former Ospreys player.

“We have a lot of young, local boys who have committed their futures to the region which is great. There is a certain level of responsibility that comes with getting older within the group. Sometimes you speak up and say that the intensity of a certain session needs to be stepped up.

“It definitely becomes easier to speak up when you get older. I’ve got plenty of games under my belt now and can offer the benefit of that experience.

“I don’t try and overdo it. You have to have a certain level of authenticity to it, otherwise it doesn’t work. But there are certain aspects about our tactical approach and our standards where I speak up.”

Having lost their opening two games in this tournament – away to Perpignan and then at home to Lyon – the Dragons must win in Italy to maintain a realistic chance of progression to the knockout stages.

But Benetton are a far tougher prospect in their Treviso base than in years gone by and Davies admits it will require a high quality performance to defeat a team who lay seventh in the URC table, compared to the Dragons’ 13th.

“Treviso have proven to be a very good side off the back of their Rainbow Cup win. They’re a very good team now and we respect them,” adds Davies.

“But if we can tap back into some our performances earlier in the season, then we can definitely get the win. We are capable.

“Looking at the Perpignan game, it was one that we threw away, really.

“We have also lost some games which were on a knife edge at the start of the season, but after the international break we lacked the accuracy and intensity in tight games that we had shown before.

“It seemed to hit our confidence. We just didn’t turn up against Edinburgh and Glasgow.

“But with a fresh start, this a huge opportunity for us to change the way our season is running and we have to seize it.”