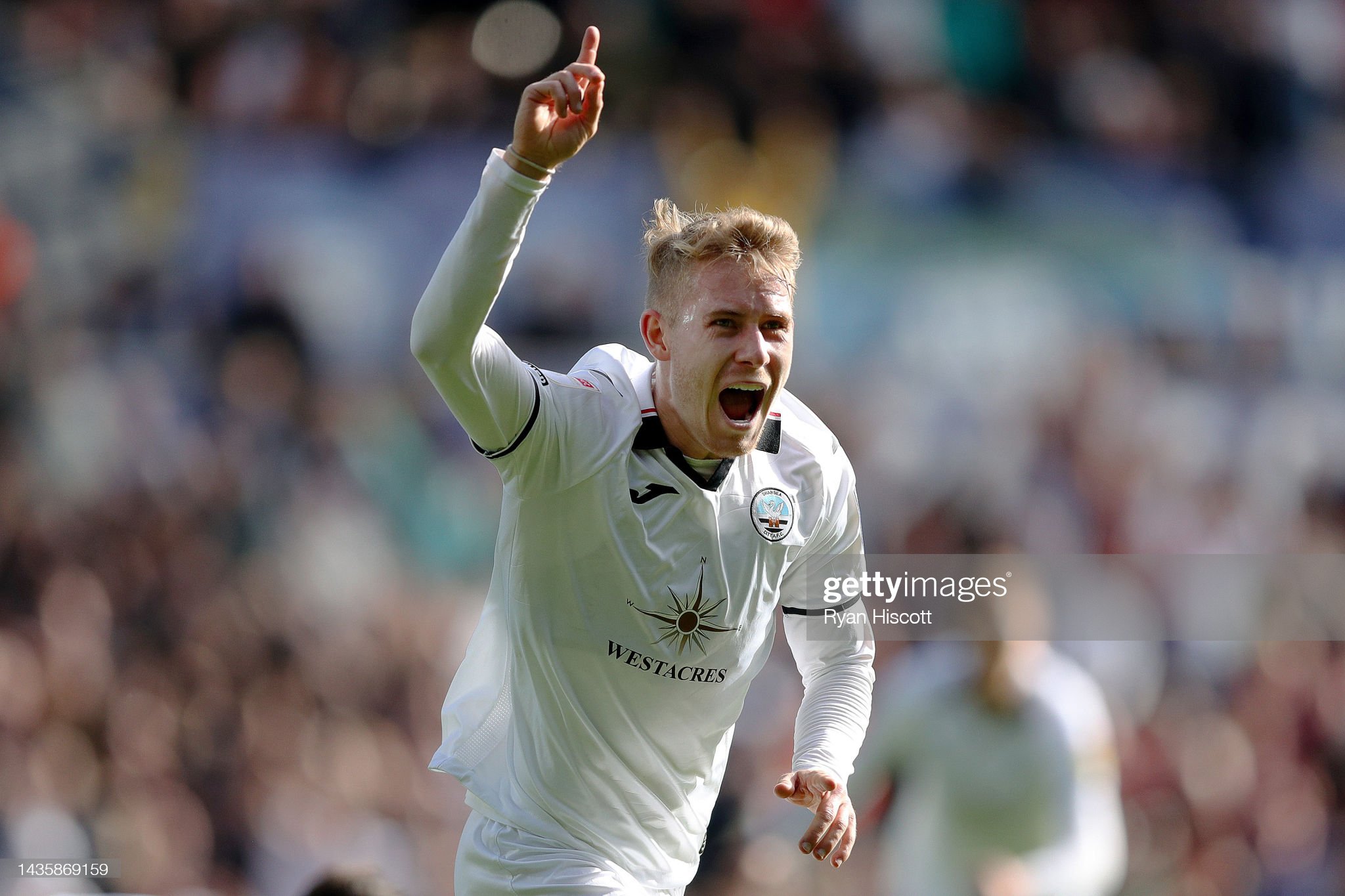 Swansea City’s Ollie Cooper has been told he can become a regular matchwinner after his stunning strike sealed victory at Sunderland.

Cooper scored the Swans’ third goal in a 3-1 victory at the Stadium of Light, where the home side were reduced to 10 men in the 18th minute after Luke O’Nien’s reckless foul on Cooper.

The Welsh youngster picked himself up and went on to score the clincher as Swansea moved to within three points of the Championship play-off places.

It was Cooper’s fourth goal of the season and Martin said: “We actually had a great chance to play someone in on the other side of the box, which we did not take, but the ball has come to Ollie and it is a great finish.

“We have spoken with Ollie a lot about opportunities to shoot, and we have shown him a lot of clips.

“He is a great kid and he is just growing with every game. He is growing physically and he is incredible.

Ollie Cooper HAS to be called up to the next Wales squad. A superb strike to put distance between Swansea City and Sunderland.

“If you look at how many times he regains the ball, he is right up there with the very best at that side of the game.

“Then, it’s up to him to keep adding to the other side of the game, which he is. It was a terrific finish, the way he arrived into the box showed real positivity and that is something that is growing game on game.

“We need to keep trying to encourage that, and Ollie needs to keep being that brave on the pitch.”

O’Nien’s early dismissal meant the Black Cats had to play more than 70 minutes with a player less, and while they kept their opponents out until the interval, they were blown away as Swansea scored three goals in the second half.

Joel Piroe opened the scoring in the 50th minute, and while Dan Neil equalised for a spirited Sunderland, Liam Cullen and  Cooper scored two goals in the space of eight minutes to ensure the points went back to south Wales.

Martin added: “I’m really pleased with the players. It’s such a tough place to come.

“We knew it was going to be tough, and they started the game really well. The crowd and the atmosphere here is so good, and there’s been a shift in the feeling towards the club because of the promotion.

“It’s not an easy place to come, but then the game obviously changes on the sending off. It took us a little while to manage the emotion of that because the crowd was so up, and we’ve got so many young players experiencing that kind of atmosphere for the first time.

“It was about settling things down and trying to stay calm, and I thought we did very well in the second half.

“The players weren’t smiling enough when we went into the dressing room. Maybe the expectation is you have to win when they are down to 10 men, but I have told them they need to smile more and enjoy it.

“I think it’s a big, big result for us, a big day for us as a group. It will be a big step for a lot of the young lads.”

Sunderland manager Tony Mowbray said: “Luke’s a very level-headed kid. Yet I think it’s quite natural to get wrapped up in the game.

Unbelievable support from the Jack Army no matter the distance 🦢

“It felt as if for a spell, the supporters could be our 11th man and make it an even game as such. The crowd can play such an important part, but maybe they overwound Luke O’Nien up a bit.

My job today was to try to make sure these players played with intensity against this team that were coming to try to dominate the ball, and I thought we did it brilliantly well for however long it was before the sending off.

“Luke was stepping out from a central-defensive position into a midfield area, where their number nine had dropped down, and we’d talked about how the centre-halves had to drop in with them because they play in the spaces.

“It was just an overly-aggressive challenge. I’ve told him that. There was no need for that intent, yet you can imagine if he had made real clean contact and the ball had flown 50 yards up the field, the crowd would have roared and it would have kept the momentum going.

“Ultimately, though, on the back of that decision, the game swung pretty dramatically.”