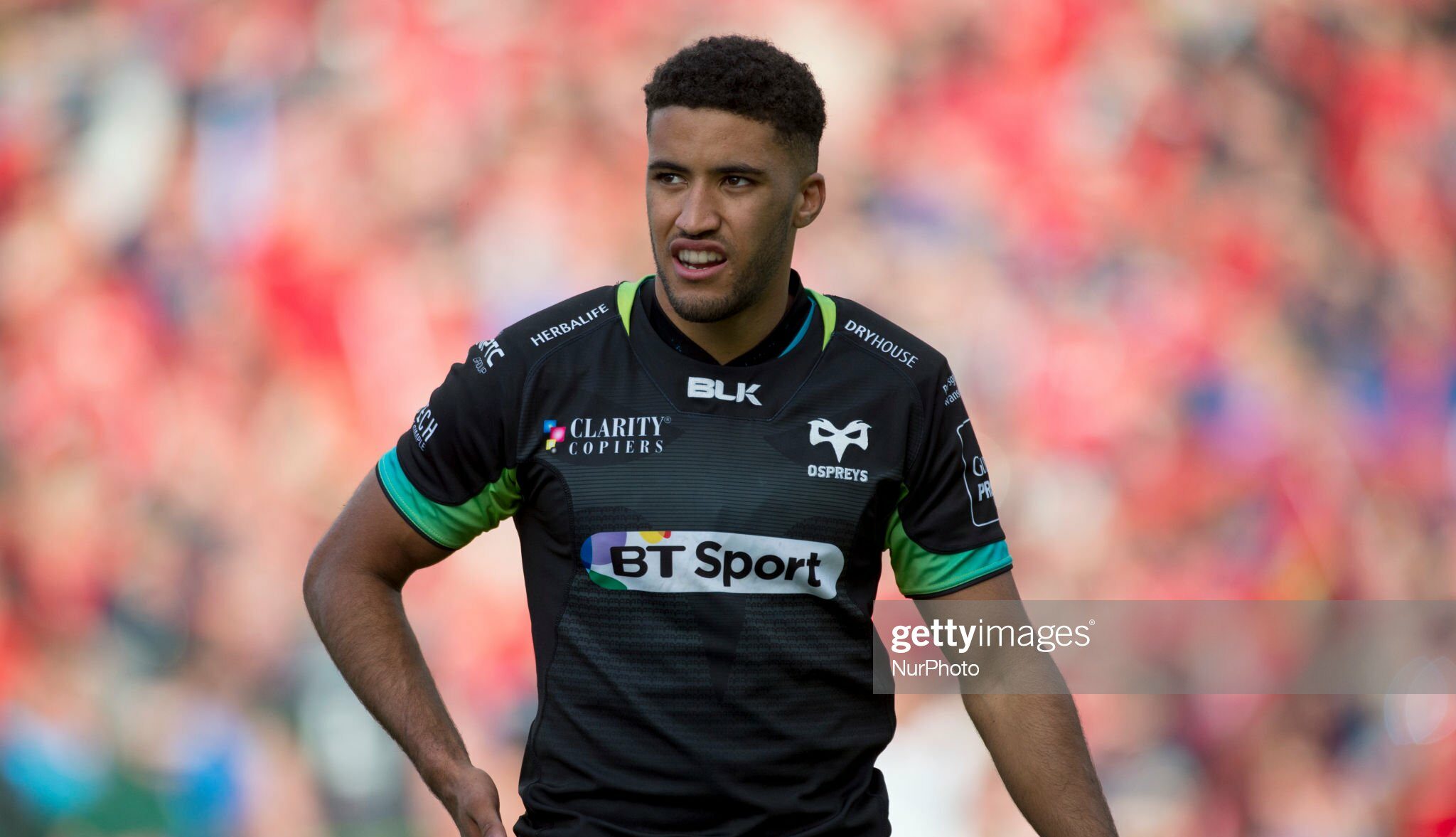 Keelan Giles’ career has been far from straightforward since bursting onto the scene as a promising 18-year-old in 2016.

Back then the Gorseinon man was scoring tries left, right, and centre for Wales under 20s, before getting called into the senior squad for their tour of New Zealand that summer.

He was named on the bench against Japan the following autumn as they struggled to an unconvincing win, but he remained an unused replacement.

There was no doubt whatsoever Giles would go on to enjoy a glittering international career in the red of Wales.

Great to see Keelan Giles back properly fit and frightening.

He was fantastic yesterday.

That may still happen, but a number of serious injuries has severely hampered the progress of the Ospreys wing.

But he is finally back fit and firing putting in a tremendous all-round performance to help the Ospreys down their bitter rivals the Scarlets last Saturday.

Having played his first game of this season on New Year’s Day, his eighth start of the current United Rugby Championship campaign saw him score his first try for fourteen months.

46′ Keelan Giles opens the scores of the second half with the try! #OSPvSCA pic.twitter.com/optH3jRCSS

“I always had that self-belief (to get back). When was the big question for me. You’ve got to build that confidence back, which is the big thing.

“It’s a journey and it can be tough at times. As long as you have the self-belief and support at the club, family and friends – they make the journey a lot easier.

“The biggest part of it has been building my self-belief and confidence.”

It’s great to see Keelan Giles playing regular rugby again after suffering so many injuries, looked so sharp on the weekend and defended so well, huge talent. So glad to see him play again, brilliant performance on the weekend. https://t.co/nXzvkF5OlJ

But on his day Giles compares favourably to all of them and is undoubtedly among the fastest players in world rugby.

One could be forgiven for assuming a series of leg injuries might have seen his Olympic standard pace subside.

But on the contrary Giles is faster than he has ever been, and he is determined to force his way into Pivac’s plans.

“I’ve been quicker than before, so I’m well happy with that. I’ve just got to keep going. I think I can get quicker, which is only a positive.

“In the first half I had a bit more of a defensive job to do. There are always question marks with me being 5ft 9 and pretty light, so it’s nice to showcase a bit of the defensive side.

“I still have ambitions and dreams to play for Wales but I’m taking every game as it comes. I’m just grateful for the opportunities I’m getting here at the Ospreys.”