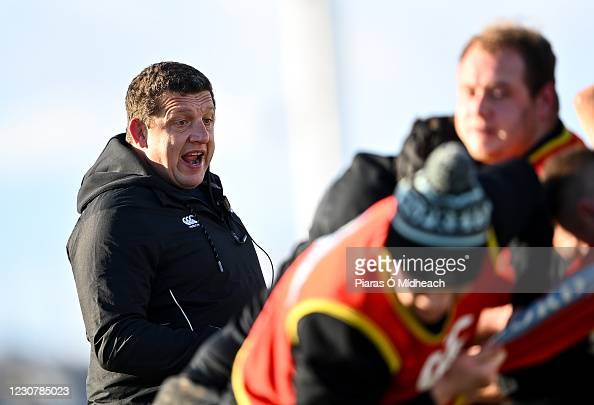 The Ospreys have asked European rugby bosses to confirm their players will not be Cup-tied before they lend some of them to the Scarlets.

The Swansea-based region are willing to help out their rivals following the Scarlets’ enforced quarantine which has wrecked planning for their opening match of their Heineken Champions Cup campaign.

But Ospreys head coach Toby Booth has insisted European Professional Club Rugby (EPCR) need to assure them that no players will then be denied to them because they have already taken part in the tournament for another team.

The Scarlets may be the Ospreys’ bitterest of rivals, but Booth is willing to loan them players to enable them to play Bristol Bears in the opening round on Saturday, December 11.

Booth confirmed the Scarlets, currently quarantining in a Belfast hotel after their abortive United Rugby Championship trip to South Africa, have written to their regional rivals asking for help to put together a team to head to Ashton Gate next week.

“Scarlets have asked us for seven or eight players in specific positions and we are certainly willing to help them,” said Booth.

“From our perspective, it will give some of our fringe players a chance to play in a prestigious game. At times like these it is about getting everyone inside the tent and helping everyone out.

“The good thing for us is that we are in a position to help and, providing EPCR can ensure our players won’t be cup tied in any way, we will do so. Hopefully commonsense will prevail and we can get on with it.”

Booth has got British & Irish Lions Alun Wyn Jones, George North, Justin Tipuric and Dan Lydiate on the injury list, but still has a wealth of talent to call on in his squad.

The Ospreys A team went to Parc Y Scarlets on 19 November and beat the home side 33-10 and a number of them could get a chance to play in Europe.

The Scarlets senior squad will only have a day to prepare for the game in Bristol after serving their 10 days in isolation and haven’t played a competitive fixture since 22 October.

Cardiff, Munster, the Scarlets and Zebre Parma have all faced difficulties leaving South Africa after their United Rugby Championship fixtures were postponed following the imposition of fresh travel restrictions due to the discovery of a new coronavirus variant.

The majority of players and staff from Munster and Zebre have since returned to Ireland and Italy respectively to complete their periods of isolation, but the Scarlets remain holed up in a quarantine hotel just outside Belfast and Cardiff are only due to arrive at Heathrow from Cape Town on Friday evening.

EPCR issued a statement on Thursday, announcing an option for all teams to bolster their squads with an unlimited number of previously unregistered players while all but dismissing the possibility of rescheduling fixtures.

Again, enemies on the pitch, but allies off…Diolch @ospreys and @dragonsrugby for your help and support during this time 👊🏻 https://t.co/9nxzgRXPE9

“Following consultation with the leagues and unions, it has been decided to extend the first registration date from last month to allow all participating clubs to supplement their squads with an unlimited number of previously unregistered players,” read the statement.

“All new players will have to be registered on or before Wednesday, 8 December at midday (UK and Irish time).

With no alternative weekends available in the 2021/22 season calendar, EPCR is in regular dialogue with the leagues and clubs to ensure that all possible measures are considered so that the matches take place as scheduled.

“While looking forward to another series of compelling pool stage fixtures, EPCR is mindful of how recent events have impacted on Cardiff Rugby, Munster Rugby, Scarlets and Zebre Parma in particular, and the tournament organiser would like to extend its best wishes to the players and staff who currently remain in South Africa, as well as to the players and staff who have been repatriated and are currently isolating.”

Such a stance, though, drew criticism last season after a handful of coronavirus-related cancellations saw clubs responsible handed 28-0 defeats.