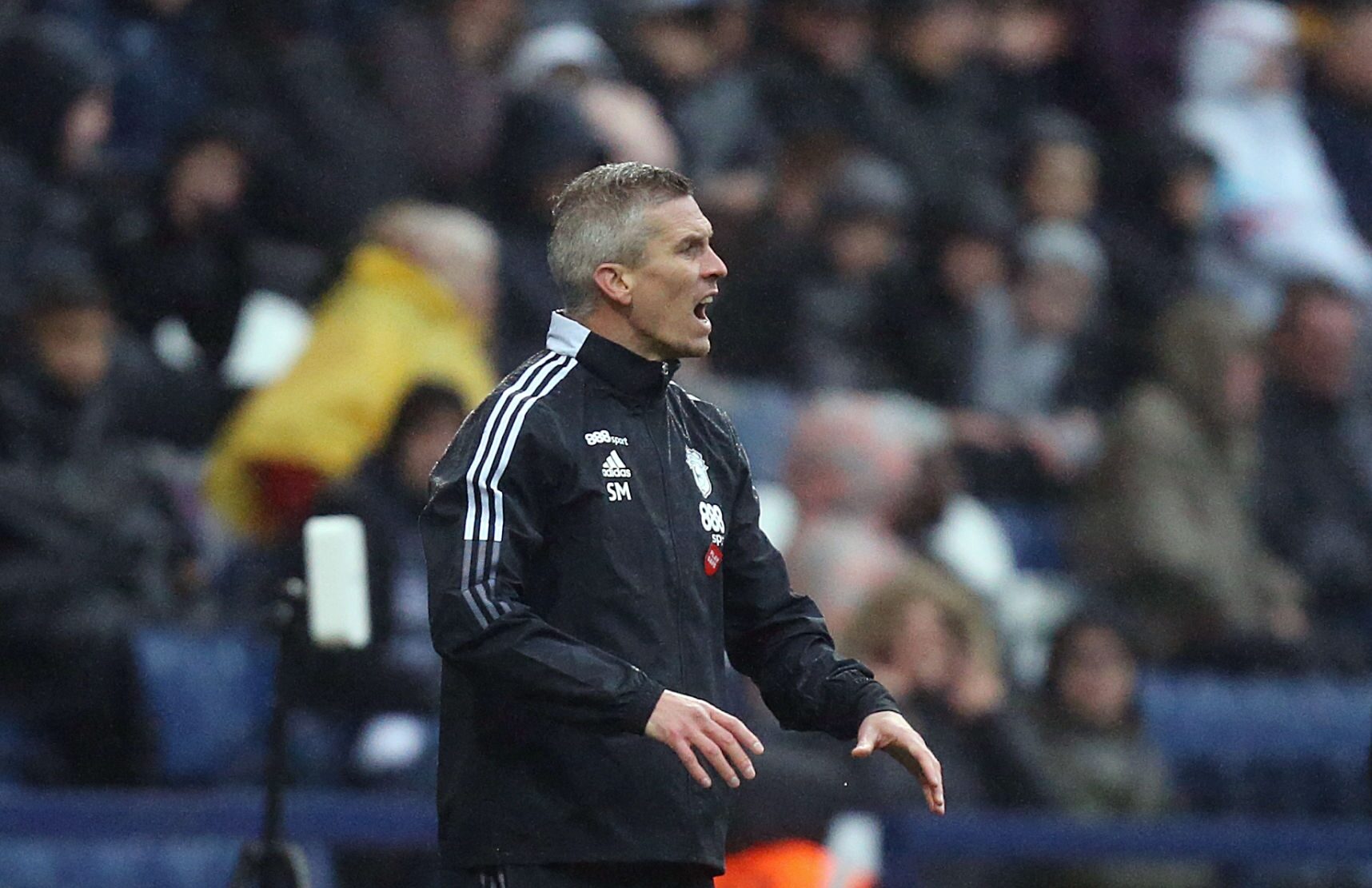 Cardiff City manager Steve Morison has claimed no-one cares whether his team win at home or away, so long as the points are gathered.

The Bluebirds return to the Cardiff City Stadium on Saturday, looking to build on their away victory at Luton Town last week, which gave Morison his third victory since he took over from Mick McCarthy.

Two of those three wins have come away from home, with Morison’s home record so far showing one win against Huddersfield, but two defeats – to QPR and Hull City.

In fact, Cardiff have managed just one home victory in their last eight matches in front of their own fans.

But Morison insisted: “Whether we win home or away, no one cares as long as we win.

“We want to win at home as it’s nicer to win in front of the Cardiff fans, cheering you off the pitch.

“We set out to win every game of football. The fans are great. You look at the Luton game That was some support travelling all that way. It’s phenomenal.

“Hopefully, we can get the fans getting behind us and sucking the ball into the net as often as possible.”

Morison attracted some criticism among fans after their last home defeat – to Hull 10 days ago – when he said he did not understand the negativity among home supporters.

The rookie manager – who has been installed until the end of the season – now has three crucial home fixtures in their next four matches as they bid to pull away from the Championship relegation zone.

Cardiff host Sheffield United on Saturday, with the Blades currently back up to mid-table following back-to-back victories.

The Bluebirds are then away at Birmingham City, before successive home fixtures against bottom club Derby County and then Coventry City on Boxing Day.

Morison is expecting a difficult game this weekend against a visiting team who are unbeaten in three games after initially finding life difficult following their relegation from the Premier League.

Manager Slavisa Jokanovic was sacked last week and Paul Heckingbottom was put back in charge after a turbulent six months.

“They shouldn’t be where they are in the league,” added Morison.

“They have fantastic players, fantastic talents, and a new manager. They got a good result last week.

“It’s going to be a tough, tough test, but we’re looking forward to it.”

19 And 191 Minutes Of Football . . . But Cardiff City’s Rubin Colwill Is Off To The Euros With Wales

Morison has admitted he would not be surprised by transfer interest in Wales midfielder Ruben Colwill in the January window, but insists the 19-year-old would be best served by remaining at the club.

Colwill made his Cardiff debut in February, broke into the Wales squad for the Euro finals this summer, and scored his fourth goal of the season in the 2-1 win at Luton last week.

“I wouldn’t be surprised, ” said Morison.

“I’d be pleased, because that means we are doing something right. When was the last time we had interest in our academy boys?

“I don’t mean someone who has played a couple of games and there is a rumour mill.

“We’re talking about a player who is joint top goalscorer in the team playing week in week out and is a massive part of the football club.

“This is the best place for him. He is playing in front of his family and his friends and the team he has supported his whole life.

It would be nice if Cardiff City let it be known that for someone as young and talented as Rubin Colwill, it would have to be an absolutely huge bid for them to accept.
That boy could be a top, top player for the next 15 years so any transfer would need to consider that.

“He is playing with his mates and growing, and having a manager and a support network who love him and believe in him.

“Where is the best place to grow? It is here. I cannot see it [attentions of another club] being of any interest to this football club right now.

“But I am not going to sit here and lie and say no one is going to be interested in a 19-year-old who is arguably our star man most weeks, because that will mean you will not take what I am saying as the truth.”