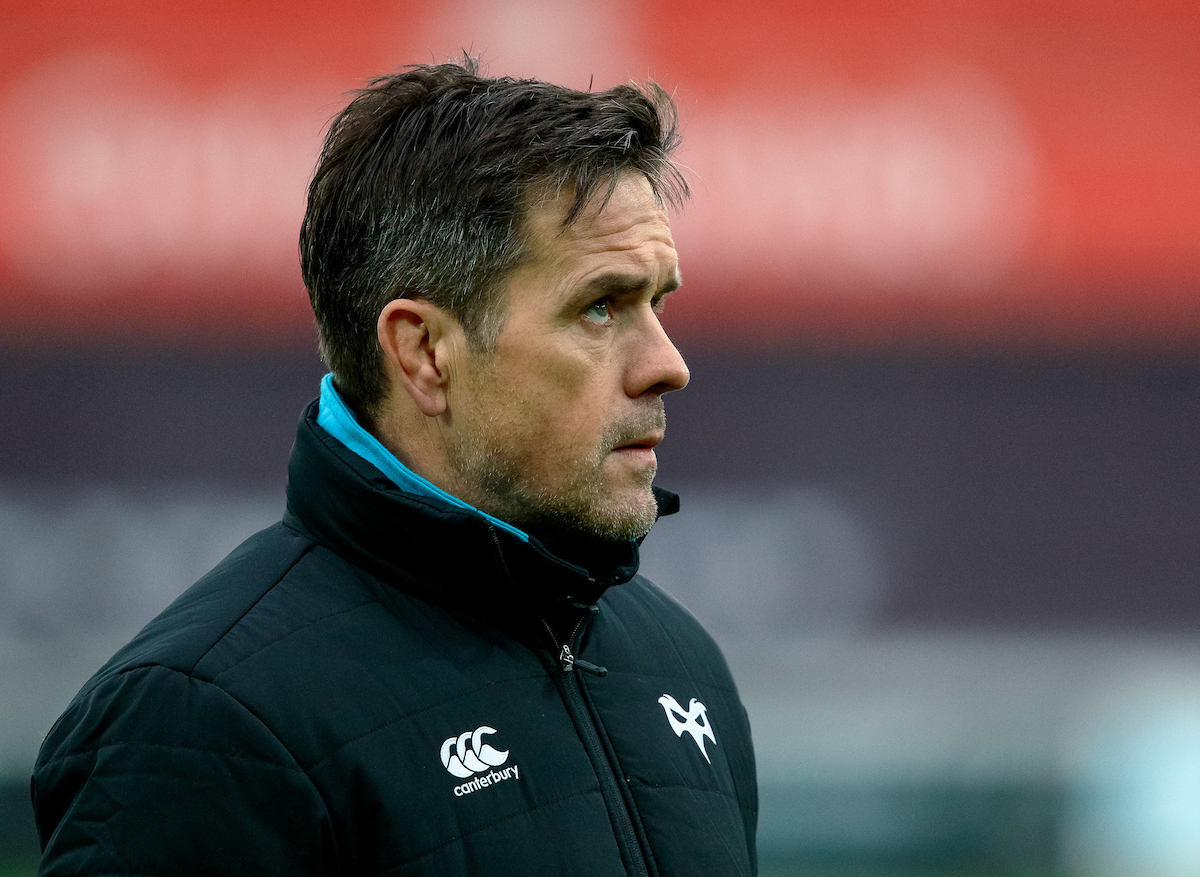 The Ospreys had still to confirm the sacking of head coach Allen Clarke on Tuesday evening, with their only reference to him on their website being his recent rallying call to pull through troubled times.

But there is no mention of the fact they have dismissed him in the wake of their record 44-3 Heineken Champions Cup defeat at Saracens last weekend.

The Welsh region travelled to Allianz Park with 15 players on the injury list and conceded six tries as they slumped to a seventh defeat in eight outings this season.

In his website notes before the last European weekend’s game Clarke referred to difficulties everyone at the club was having and said: “Some of our youngsters are on a steep learning curve. All of us at the Ospreys are.”

He also speaks of his high regard for the mining heritage he has learned about in his region and says: “The message I was trying to get through to the boys was that however hard they think things are for us now, they are nothing compared to what miners . . . dealt with every day of their working life.

“Men  . . . relied on each other, had each other’s back and were a team in the most unforgiving of circumstances. I’m not comparing the struggles of a miner to a professional rugby player, but the attitude and the values are similar.

“There is no doubt we are asking big questions of our younger players during the opening stages of this season’s Champions Cup, but their commitment to the cause was clear to see in the home defeat to Munster.

“The Champions Cup is relentless; all of us know that, it’s a test of all of us. Saracens away is next up and is arguably a bigger challenge for us. The issues they are facing are well documented, but they are the defending champions and rugby side of undoubted pedigree.”

As a grassroots club within the region. We are incredibly thankful to Allen Clarke for the support he has given us as a club.

The former Ulster and Ireland hooker took over as interim coach when Steve Tandy was sacked in January, 2018, before taking over in a permanent capacity on a three-year deal three months later.

Last season the Ospreys were the highest ranked Welsh region and the only ones to qualify for the Champions Cup.

But this campaign has been a car crash from the start with the season opening with a 38-14 defeat to Clarke’s old side Ulster in Belfast in the Guinness Pro14. Their only victory to date came against Benetton Treviso, 24-20, on 12 October.

Since then they have lost five in a row and are already more or less out of the running for a Champions Cup quarter-final slot after conceding 10 tries in back-to-back bonus point defeats to Munster and Saracens. Next month they have to face Racing 92 home and away.

But Clarke has found himself without the services of Jones and George North on the back of injuries sustained in Japan, while summer signing Gareth Anscombe has been ruled out for the season after undergoing surgery on a knee injury picked up during a World Cup warm-up match.

@ospreys Fancy updating the fans on if the departure of Allen Clarke is true and in which direction your hoping to go to next from the mess we are currently in!?

There will be six Ospreys on duty with Wales for Wayne Pivac’s first game in charge for the uncapped game against a Gatland coached Barbarians team on Saturday – the same day the regional side hosts the high-flying Cheetahs at The Gnoll.

Backs coach Matt Sherratt announced last week he would be leaving his post at the region a year early. He is likely to be charged with looking after the side this week along with forwards coach Carl Hogg and skills coach Richie Pugh.

But the Ospreys may not be the only region who look for a change of coach to spark some kind of revival this autumn.

The Cardiff Blues have won only three out of eight matches so far this season and pressure is growing on coach John Mulvihill, whose team are one place off the bottom of Conference B of the Pro14.