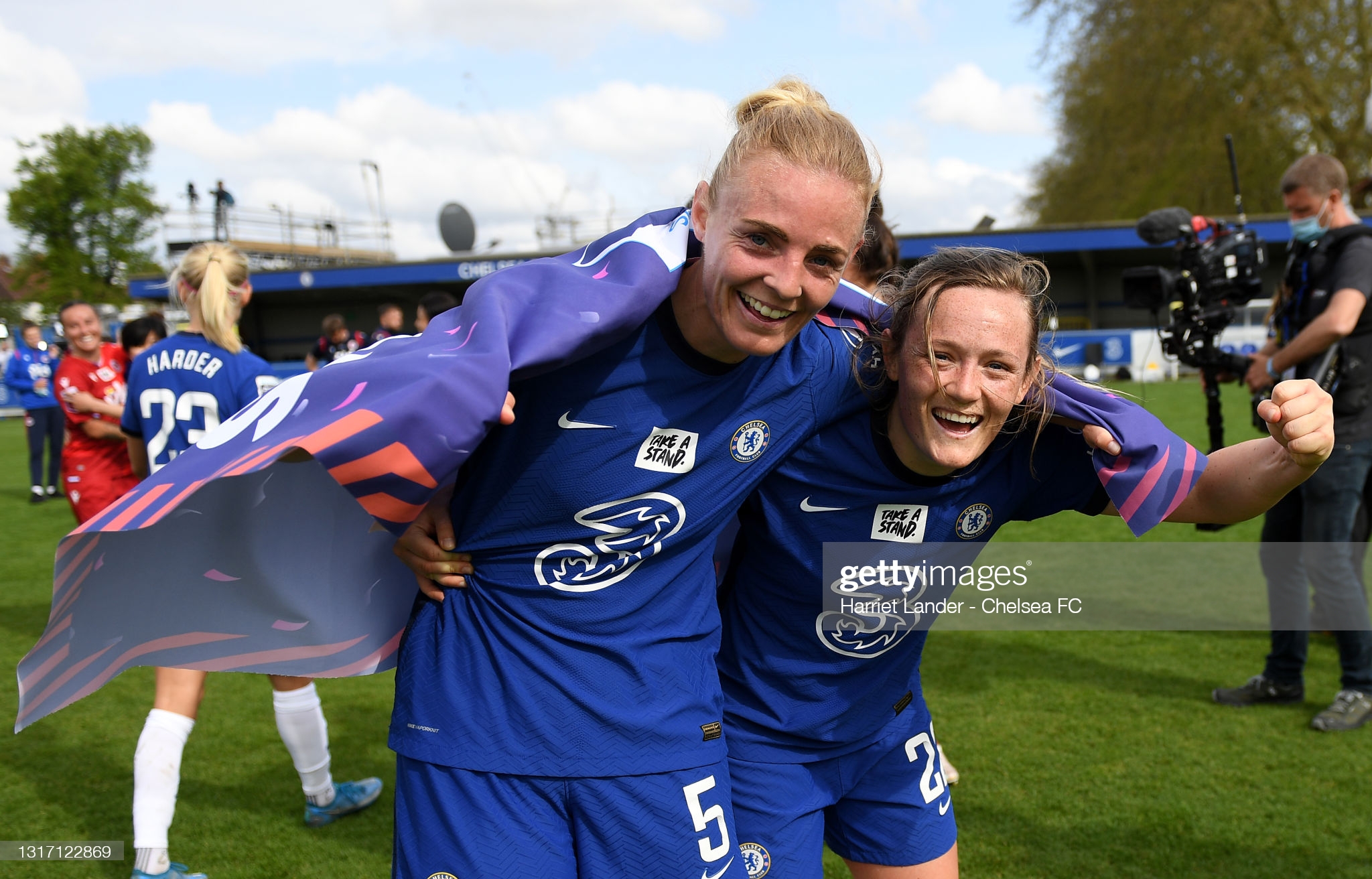 Wales captain Sophie Ingle is playing for the “best team in the world” according to former England striker Eni Aluko.

The Wales skipper – now playing regularly in midfield rather than defence for both her country and her club – was part of the Blues’ line-up that lifted the domestic league trophy last weekend with a thumping 5-0 win over Reading.

Having already won the Women’s League Cup this season, Ingle could end up as part of a quadruple-winning squad as the Women’s FA Cup is yet to be decided.

She has so far picked up five winners’ medals since joining Chelsea in 2018 and could make it seven in total under manager Emma Hayes by the end of this campaign.

Aluko – now director of women’s football at Aston Villa – believes the Blues are setting new standards, not just in Britain, but across the world.

“They’re going to have to prove that obviously on Sunday against Barcelona in the Champions League final.

“My heart is blue. I love that team, I love the journey that they’ve been on. They’re just relentless winners – Emma Hayes has driven that team.

“They turn up to win, there’s no other option, really, that’s the mentality in that dressing room.

“You see that on the men’s side as well, they want to win and there’s no compromise to that.

“Having the men’s team and the women’s team both in the Champions League final is testimony I think to the club’s support over a long period of time.

“If that’s not a statement to every single owner about women’s football, I don’t know what is.”

Ingle has made 25 appearances so far this season for Chelsea and been on the losing side just twice – against Brighton in the WSL and in the first leg of the Champions League semi-final against Bayern Munich.

But the 29-year-old was part of the Chelsea side that overturned a 2-1 deficit against the Germans to win the home leg 4-1 and since beating Tottenham, 2-0, and putting five past Reading, she will be in confident mood ahead of Sunday’s European final.

Hayes has said Chelsea felt they had a point to prove this season. Last year’s success came on a points-per-game basis when the campaign was halted due to the coronavirus pandemic in March 2020, when the Blues were a point behind leaders Manchester City with a game in hand.

Hayes said: “Last season we weren’t the champions in some people’s eyes. But this season the players really wanted to demonstrate we’re the champions.

“There were four teams who could have been in with a shout and it’s gone to the last day which just demonstrates how hard it is.”