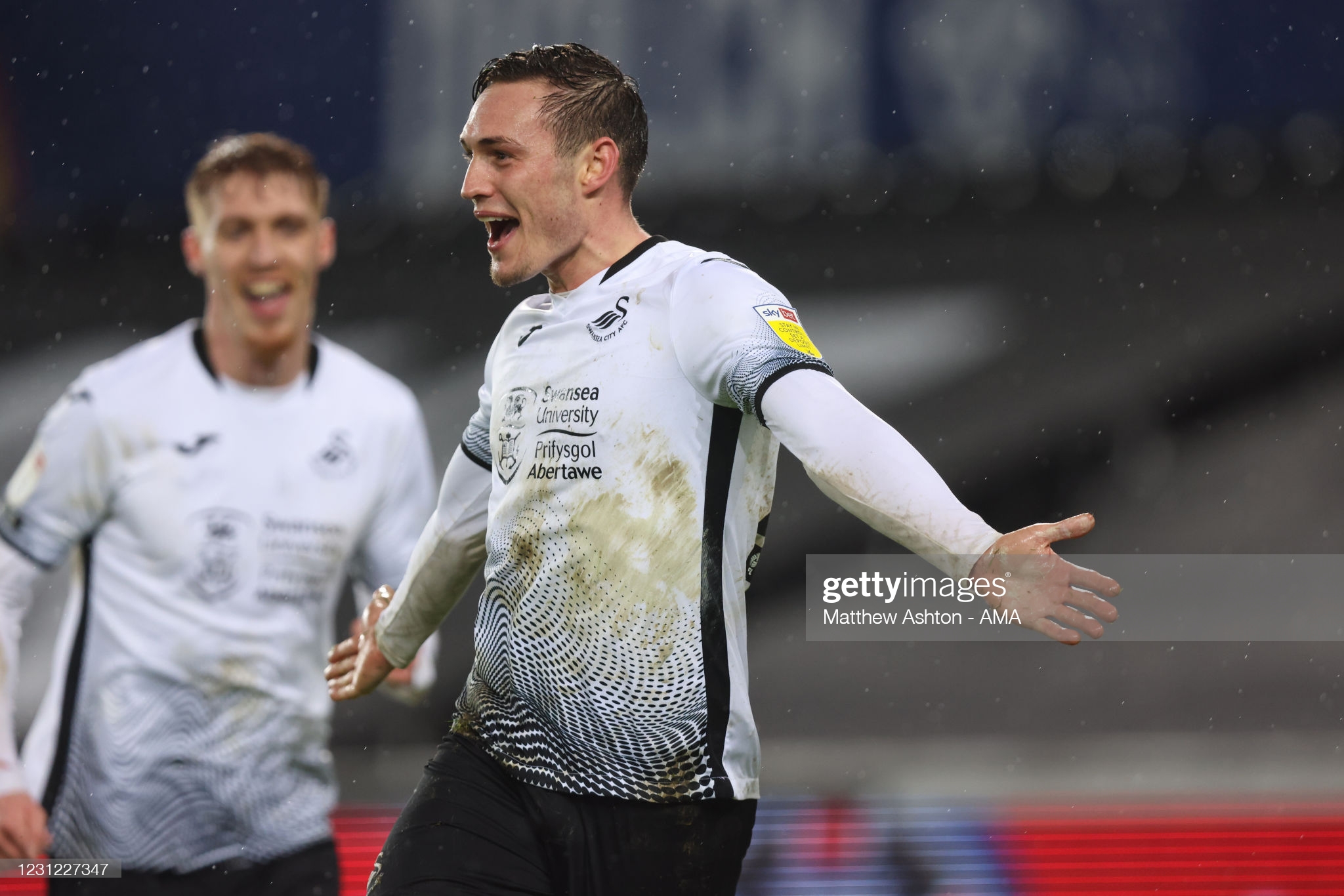 The fuel for Connor Roberts’ fiery performances is a secret hot sauce he pours over his food, according to Swansea City teammate Freddie Woodman.

Roberts has ignited the Swans’ promotion surge this season at various points – the most recent being his superb headed winner against Nottingham Forest in midweek.

His energy and athleticism levels have also been at the top of the thermometer scale and Woodman reckons it’s all down to Blackout sauce – a tongue-burning sriracha concoction the Wales defender lathers over his grub in the training ground canteen.

“Connor never stops running, gets in the box, and has a great spring,” says goalkeeper Woodman.

“We were saying in the changing room it’s because of the hot sauce he’s been having. It’s extra hot and he reckons he only scored because of it.

“Kyle Naughton brought it in. It’s a sriracha, but extra hot. I think it’s called Black Out sauce. No-one else can handle it, only Connor.

“He tried stitching everyone up the other day by putting it on. It’s the hottest thing I’ve ever had and he just brushes it off like it’s nothing.

“Credit to him for that. He has it at the training ground and I think he has it at home as well. He loves it.

FOLLOW & RT to enter our #competition for your chance to win this handsome lineup! 🌶️#Win #FreebieFriday pic.twitter.com/dEW6w9VDKR

“He’s an athlete. I think he just likes running! Even in training he’s always running. Connor jumped as high as I’ve seen anyone jump for the goal down there (at Forest).”

Roberts’ spicey goal against Forest – that claimed victory in the 88th minute – means the Swans will go in search of a fourth straight win when they visit Huddersfield on Saturday and look to extend their unbeaten run into double figures.

Since Roberts had also won the away fixture at Forest earlier in the campaign with a very similar towering header, it made for lively scenes in the home dressing room on Wednesday night, according to the on-loan Newcastle United keeper.

“It was pretty lively because Connor scored and we were talking about the hot sauce! Everyone was jumping on him.

“The team spirit here is that of a very together group. The dressing room is brilliant – probably one of the best I’ve been in.

“We’re doing well and remaining humble which is something which comes from the gaffer. I know it’s a cliché but we’re taking it one game at a time and enjoying playing and working hard for the team.

Aside from Roberts’ thermal-infused nutrition, the other factor providing a heat source through a bleak fan-less mid-winter has been their defensive record.

The Swans have conceded just 15 league goals in 28 games this season, with the 23-year-old Woodman keeping 16 clean sheets in the process.

The club record is currently held by former goalkeeper Dorus de Vries, who kept 24 shut-outs the season Swansea finished seventh in the Championship in the 2009-10 season.

Former defender Alan Tate, now on the club’s coaching staff, was part of the defence that holds the record and Woodman adds: “Tatey keeps telling me about the record he had with Dorus de Vries. He reminds me every single day about that and how he did it.

“At the moment it would be nice to get to Tatey’s record because it’s an unbelievable achievement. I’m really enjoying keeping clean sheets.

“Connor said it – it’s the mentality of everyone wanting to keep the ball out of the net. It’s not just me. It’s brilliant to be behind that.

Skills by @SwansOfficial keeper Freddie Woodman…taking goal kick with two balls and only kicking the one underneath 👌👏🤣 hope this is on showboat @SoccerAM #StevenageFC #SwanseaCity #FACup pic.twitter.com/E9Smc3XMbw

“I’ve said before this club allows you to keep on learning and improving. You can say that about every player who has come here either as a transfer or on loan.

“The philosophy is to become a better person and footballer which is fantastic.

“I think it’s important when you come on loan that you buy into the club. I’ve learned this from other loans I’ve had. I’ve come down here and loved it more than I thought.

“When they first said I could sign for Swansea I was a bit like ‘Oooooof, I don’t know about that’ but I’ve come down and love it. It’s a fantastic club and I’m getting better every day.”