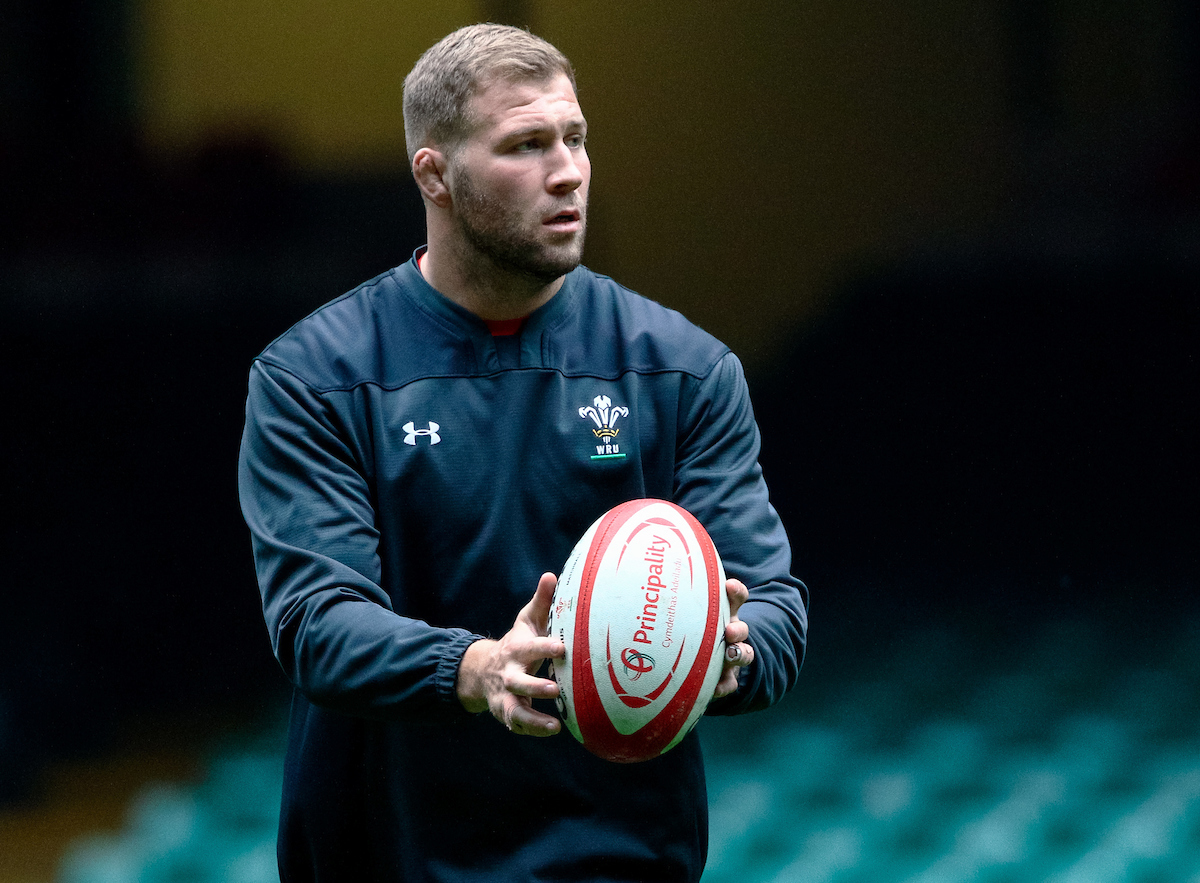 Moriarty played a significant role as he came off the bench to help the Dragons beat the Scarlets 22-20 at Rodney Parade on Saturday.

It was the Dragons’ sixth win in 12 matches this season under Ryan, who took charge in the summer.

The 25-year-old is out of contract at the end of the season, having strangely been given only a two-year deal when he left Gloucester in 2018.

That deal was funded wholly by the Dragons, but if Moriarty moved to the Ospreys – who are pressing hard to sign him – then his next contract would be billed to the Welsh Rugby Union, under the new funding arrangements with the governing body.

Understandably, the Dragons are keen to keep him at their region with the Union becoming his paymasters.

If Moriarty moves back to England, then the WRU would not have to fund his wages – but he would no longer be available to Wales as his total of 41 caps puts him well short of the figure of 60 needed to play outside of Wales and continue to wear the red shirt.

Ryan said: “I think there’s a number of things we’ve got to sort out,” said the director of rugby. “He’s on the Welsh 38 list, which means it’s the WRU that are engaging with him.

“I’ll tell you that in the two weeks I’ve had with him, I’ve had nothing but great engagement. That looks like a lad who is really engaged with this place.

“We’re turning Rodney Parade into a tough place to come…we’re building something at the Dragons, our confidence is growing.”

“At the moment, I don’t control many of the things that go on other than my relationship with Ross and it’s pretty good.

Moriarty played just half an hour against the Scarlets, but his influence – in his first match for them this season after recovering from a post-World Cup illness – left Ryan enthused.

“Ross was outstanding,” said Ryan. “In a game that’s played with a bloke in front of you that’s either stood in your way or coming your way, that’s what Ross does well.

“He was the pick of anybody against the Scarlets when it came to the collisions. There was one tackle when he came off a scrum and lost his feet in the wet but still whacked the 9.

“I thought that was a great player’s decision, because most people when they lose their feet, lose their impetus and miss the tackle. It was moments like that when Ross really helped us in the last half hour.”

Moriarty is now likely to start for the Dragons against Cardiff Blues at the Arms Park on Boxing Day.

They will be in confident mood after Sam Davies sealed a famous victory over the Scarlets with a last-minute drop goal.

With the clock having turned red up stepped the former Ospreys man to send the home supporters ecstatic. Davies kicked 17 points to go with a first-half try from Rhodri Williams. Gareth Davies and Ken Owens claimed the Scarlets’ two tries with Halfpenny adding 10 points from the kicking tee.

As is often the case in derbies form can go out of the window with in-form outside-half Davies kicking the Dragons into an early 6-3 lead as the visitors made some sloppy errors with the home crowd on their backs. The Scarlets looked dangerous with Davies and Uzair Cassiem both making early line breaks but they were rattled by both the Dragons’ line-speed in defence and a vociferous home crowd.

The Dragons were temporarily reduced to 14 men when second-row Matthew Screech was sent to the sin bin for illegally taking down the Scarlets’ driving lineout just as the men from Llanelli were creeping towards the try line. From the resulting scrum Davies sniped around the corner to score for the visitors.

And the Scarlets had the bit between their teeth with Owens powering over the line off the back of a driving lineout on his first regional appearance of the season. The Scarlets began the second-half on the attack and should have scored a third try when Johnny McNicholl knocked the ball forward with the line at his mercy after a terrific cross kick from Ryan Lamb.

Mooar’s side dominated territory and possession but were punished for their wastefulness when Davies kicked the hosts into the lead with seven minutes remaining. In a dramatic finish Halfpenny nudged the visitors back ahead after Hill was penalised for an early shove in the lineout.

The Scarlets must have thought they had got out of jail when Davies missed a straightforward penalty attempt. But it wasn’t to be as Davies downed the Scarlets with a drop goal on the last play of the game.