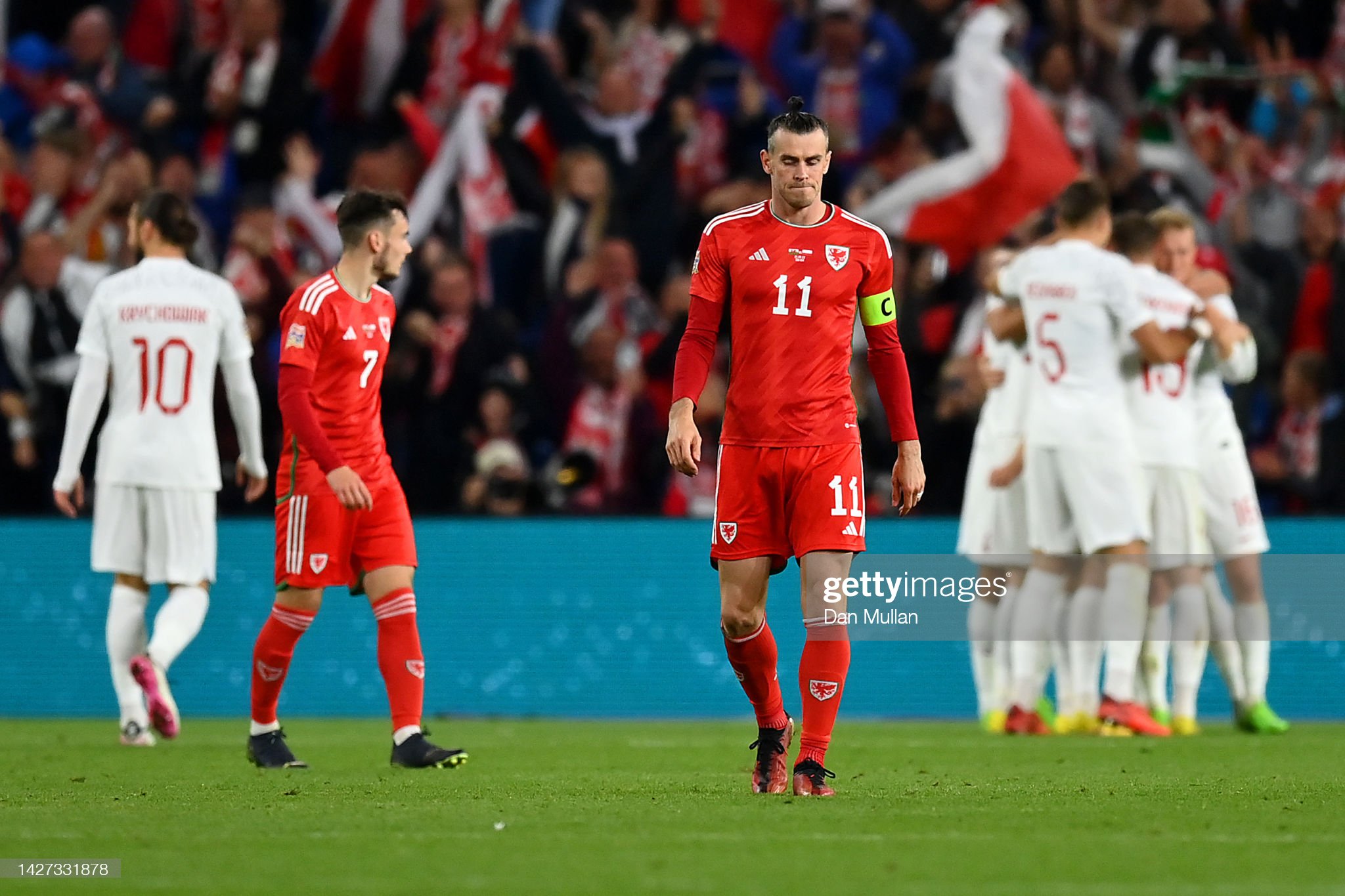 Robert Page insists relegation from the top tier of the Nations League on Sunday is softened by the prospect of looking forward to Wales’ first World Cup since 1958 in two months’ time.

A 1-0 defeat to Poland in Cardiff on Sunday night condemned Page’s men to finishing bottom of a group also containing Belgium and the Netherlands.

Wales’ four Nations League games in June were split either side of a vital World Cup qualifying play-off against Ukraine, which forced Page to rest a number of key players for their 2-1 defeat in Poland to start the group.

Despite the disappointment of dropping down a division, the Wales boss was happy to pay that price for having made it to Qatar.

“If you had said to me at the start of June that we would qualify for the World Cup and have it go down to one game to win to stay in League A, I would have taken that,” said Page.

“The play-off final against Ukraine did have an impact on our games either side of it.”

Page’s most pressing concern is recovering some of his best players in time for their opening game of the World Cup against the United States on November 21.

Aaron Ramsey, Ben Davies and Joe Allen missed both the defeats, to Poland and to Belgium, on Thursday, due to injury.

“For us to compete at the top, top level we’re going to need every player fit and available and playing well,” added Page.

“That’s nothing against the rest of the squad — they’re brilliant, to a man — but we need our best players on the pitch.”

Gareth Bale was recalled to the starting line-up and lasted the full 96 minutes in a boost for Wales as his fitness is managed in the lead up to Qatar.

But for once, Bale could not provide the spark for the hosts as they fell to just a second defeat in 22 games at the Cardiff City Stadium.

Wales started the night three points behind the Poles, knowing victory would be enough to avoid relegation.

Page’s men had the better chances before the break as Dan James fired too close to Wojciech Szczesny when one-on-one before Brennan Johnson’s goal-bound effort was deflected behind by his own teammate James.

“There are a lot of positives to take out of the performance. It’s just that final pass and final shot –- that’s where we need to improve and get better,” added Page.

“We have to be ruthless with it as, against top teams, chances are few and far between. We’ve created a lot of chances tonight against a very good team but we haven’t been ruthless enough.”

At the other end, Wales had done well to deny Robert Lewandowski any clear sights of goal but one moment of magic from the Barcelona striker swung the game.

Lewandowski cushioned a bouncing ball into the path of Karol Swiderski who slotted under the onrushing Wayne Hennessey.

Wales laid siege to the Polish goal in the final half hour and were desperately unfortunate not to at least salvage a point.

Bale came even closer in stoppage time, but his header cannoned back off the crossbar.

Despite the win, Poland finished Group A4 in third place, behind Belgium and group winners the Netherlands, who progress to the semi-finals.