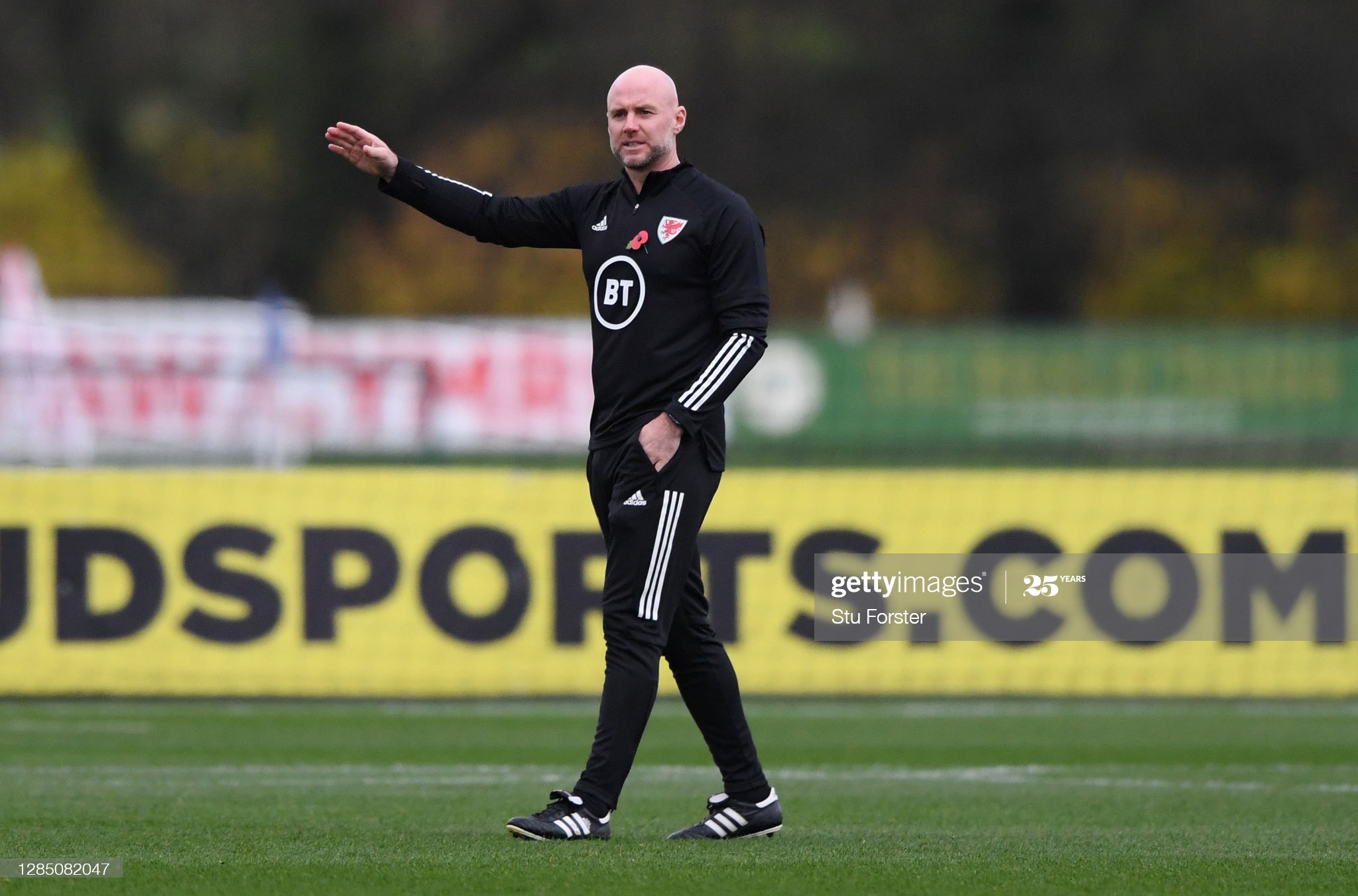 Rob Page has led Wales to two wins and a draw in his three games as caretaker manager. Pic: Stu Forster/Getty Images

Acting Manager Rob Page says it’s an extremely proud moment as he takes charge of Wales for the first time in the absence of Ryan Giggs.

Page has stepped up for Thursday’s friendly with the United States in Swansea and the two Nations Cup games with Giggs not involved this month.

The ex-Manchester United ace will not be with the squad after being arrested and questioned on suspicion of actual bodily harm and assault.

“I’ve had the privilege of playing for my country and it’s an extremely proud moment,” said Page, who joined Giggs’ coaching staff last September. “We’ve got good coaches, good staff and it’s easier to keep that momentum.

“It’s the situation that we’ve got to get on with. Of course, it’s a proud moment to be a part of the set-up.

“Like I said, stepping up with Ryan last September is something I really enjoyed. Whether it’s caretaker manager or assistant, it’s a proud moment.

“Of course, I know he’s (Giggs) a phone call away if I need a chat or need to talk about anything important on camp.”

The 46-year-old defender who also played 41 times for his country says he will change nothing that Giggs has done and the way he managers his players.

“Nope. Absolutely not,” he added. “We addressed the players to start with, and the staff have been nothing but impressed with the training.

“The attitude and application has been second to none. We’ve got a good group of senior players who will make sure that the standards are kept high.

“With regards to the squad in the camp, nothing changes. We’re in such a good place at the minute with regards to coming into these last two qualifiers.

“So, if it’s not broke then don’t fix it. There’s momentum coming into this camp and it’s important that against the USA we keep that momentum going.”

After Thursday’s game, Wales then face Nations Cup matches against the Republic of Ireland and Finland at Cardiff City Stadium on 15 and 18 November.

Page is hoping a win against the USA will give them the momentum for the final Nation League games with Wales topping the group.

“That will set us up nicely then for two tough qualifiers. We know the rewards are there at the end of it,” added Page.

“But this is still Ryan’s squad, and we’re just overseeing things on camp as best as we see fit.

“Among all the staff, we’ll have our own say. We’ve got Albert (Stuivenberg)alongside me as well, and we’ve got the same staff that we’ve had all throughout the campaign, so it’s been a good camp so far.”

Wales have not played at the Liberty Stadium for seven years while their only other meeting with the USA ended in a 2-0 defeat in 2003.

“It’s the first camp they would have had in 2020. They have not had a camp for a while now,” said Page of the USA squad. “They’ve got two games, the manager we know a little bit about.

“We know about his key principles of his philosophy and how he wants to play.

“They have a manager who believes in wanting to play. It’s great preparation for us going into two tough qualifiers.”

Wales’s most capped player Chris Gunter will skipper the side on his 98th appearance with Gareth Bale set to be rested ahead of the Nations Cup clashes.

Page added: “I spoke earlier about the senior lads we’ve got in this squad. Bale is one of them. Gunter is absolutely one of them. There’re good senior pros in this changing room.

“As a coach and as a manager, as an assistant, you need players like that to drive your standards forward. They’ve certainly done that this week. I’m pleased for Gunts.”

Tottenham boss Jose Mourinho will not want Bale risked in a friendly having only just returned to something like full fitness following his loan move from Real Madrid.

“I’ve had a conversation with him and he’s raring to go,” added Page of Bale.

“He is fighting fit. Selection is yet to be decided, but we will have one eye on these qualifiers because they’re very important.

“I think it’s the first time he’s been at a club where he seems to be enjoying his football and his training even more so. He looks fit and feels fit. It’s good to have a fully fit Gareth Bale in the squad.”

Wales will be without Aaron Ramsey, despite being named in the squad originally. The Juventus player was taken off injured during his clubs’ game in the Champions League.

“It’s a muscle injury,” added Page. “It’s frustrating because he’s suffered quite a bit with his injuries. Of course, he’s going to be a miss, he’s a fantastic player.”

Leicester City’s Danny Ward look set to play in goal with first-choice Wayne Hennessey and his deputy Adam Davies both out injured.

One thought on “Proud Rob Ready To Turn Another Page With Wales….But Ryan Giggs Only A Phone Call Away”