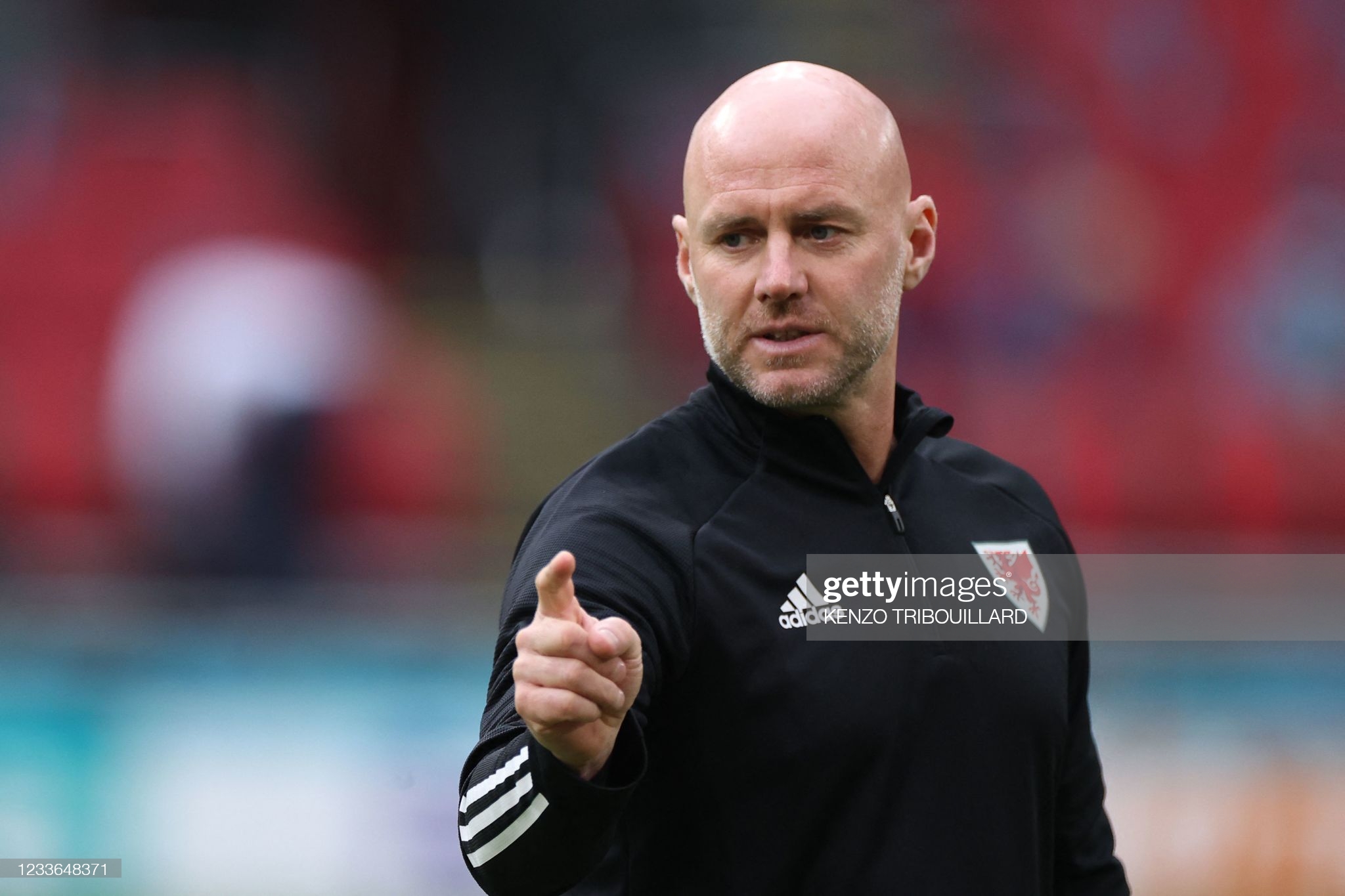 Robert Page is set to hold talks over his future following Wales’ exit from Euro 2020.

The caretaker manager was in charge for the tournament with manager Ryan Giggs on leave and due to face trial in January.

Giggs has been accused of deliberately headbutting his ex-girlfriend and controlling her throughout their relationship, charges which he denies.

Page, who joined Giggs’ backroom staff in August 2019, took over team affairs last November and guided Wales to the last 16 of the European Championship before being knocked out by Denmark on Saturday.

“I’ll just continue doing what I’m doing until I’m told otherwise,” Page said with the next set of 2022 World Cup qualifiers just over two months away.

“There’ll be conversations to be had, no doubt.”

The Football Association of Wales has been impressed with the way Page has handled his role in such difficult circumstances.

FAW president Kieran O’Connor said during Wales’ stay in Baku that Page had been “superb” and he had “never seen so many players laughing and joking”.

It would be a major surprise if the 46-year-old former Wales captain was not in charge for September’s two World Cup qualifiers, away to Belarus and at home to Estonia.

“We’ve said to the group you can become bigger and better from having got through this experience,” Page said after Wales’ Euro 2020 adventure had been ended by a 4-0 defeat in Amsterdam.

“They might not believe it right now but, when you strip all the emotion out of it, that will hold us in good stead for the future.

“They’re a young group and there’s World Cup qualifiers around the corner in September, and we’ll go again.

“We’ve had a taste of tournament football now and we want more of it.”

Wales had the third youngest squad at Euro 2020, with only Turkey and England possessing a lower average age.

Page also said Wales’ achievement of reaching the knockout stage was praiseworthy due to the lack of domestic game-time several members of his squad had last season.

“That group of players deserve a lot of credit considering where they are domestically,” Page said.

“We need to get our players out playing football. That doesn’t half help.”

Highlighting the lack of action his players have seen in club football compared to others in the tournament, Page added: “I’d like to put the minutes our lads have played domestically against Denmark, or any team in this tournament. I think you’ll find there’s a big difference.

“To qualify is an achievement, to get through the group stage is a major achievement.

“It is a big achievement with the players that we’ve got, not playing domestic football week in, week out.

“We’ll learn from this experience and bounce back.

“The group is already looking forward to the games in September, and I think there’s a lot more to come from them.”

Chris Gunter has said Wales deserved more than “this joke set-up of a tournament” but has told supporters “we’ll be back” following their exit.

Once a Hornet, always a Hornet 🐝

Commiserations to Rob Page and Wales, who exit #EURO2020 after a valiant campaign.

Their game in the Netherlands followed group matches in Baku and Rome, meaning all of their fixtures were held in countries on the British government’s amber list.

The Welsh FA advised supporters not to go to Baku or Rome, while the Dutch government said it would not allow those travelling from Wales to attend the game against Denmark.

As a result Page’s side had limited support in stadiums throughout the tournament and, the morning after being knocked out, Wales’ record appearance holder Gunter vented his frustration.

Writing on Instagram, the defender said: “So the journey of this month has come to an end. We did not deserve that score line but who said life was fair.

“It hurts like mad, but to be hurting with some of my best mates and best muckas I’ve shared a changing room with for years on years makes it a little easier. And to share it with a nation who all feel the same makes it even easier.

“Written off before a bag of air was kicked, 3,000 miles from home. Every nation had fans wherever they went. You and us deserved more from this joke set up of a tournament, but who said life was fair.

“Have a cry, but then smile that we were dining at the top table yet again. And smile even more that we’ll be back, and we’ll be the ones with the full stadium belting out our anthem that we all deserve.

“This country is in safe hands with the squad we have, believe me. I’d go to the trenches with every member of this team and staff.

“Be sad, but be proud. There’s only three million of us, but we are the lucky ones, and don’t you know it. Suck it up, keep your chin up. We’ll be alright, trust me on that.

“Genuinely thank you for all the support and love. See you soon. Gunts.”