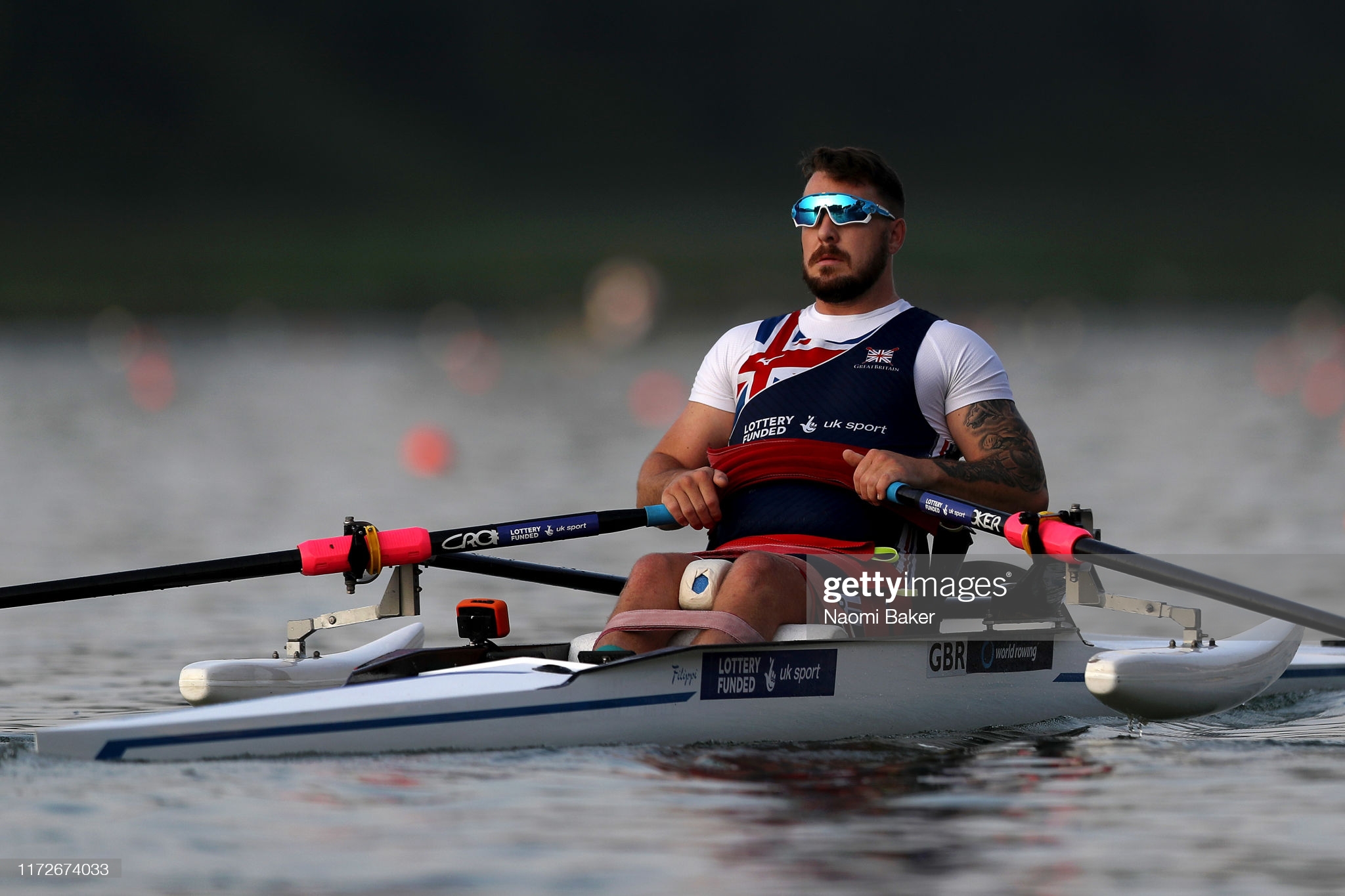 Ben Pritchard is off to his first Paralympics. Pic: Getty Images.

Ben Pritchard has revealed he was unaware of the Paralympics when he suffered the accident that set him on a new course to Tokyo this summer.

The Welsh para rower is one five debutants in a Great Britain squad of eight rowers heading for the Games in August.

Pritchard made his international debut just two years ago after a cycling crash in September 2016 left him paralysed from the waist down.

Such is his rapid rise in the sport that the Swansea-based single sculler is already a European silver medalist and will go to Japan with genuine medal hopes.

“If someone had told me five years ago that I’d be about to compete at the Paralympics for ParalympicsGB, I’d have said ‘no chance’. I didn’t even know what Paralympic rowing was,” said the 29-year-old.

“My accident happened in the middle of Rio 2016 so it’s quite special that five years on I’m now headed to Tokyo.”

Pritchard will compete in the men’s single sculls (PR1 M1x),  while reigning Paralympic rowing champions James Fox, Lauren Rowles and Laurence Whiteley have been named alongside the five debutants.

Fox was part of the gold medal-winning crew which won the mixed coxed four (PR3 Mix 4+) at Rio 2016 and will race alongside Games newcomers Ellen Buttrick, Giedre Rakauskaite, Ollie Stanhope and Erin Kennedy (cox) in the same event this summer.

Ben Pritchard Admits He’d Have Sunk Rowing . . . If Not For The Rival He’s Now Beating

Fox and his current team head to Japan having won the world title in 2019, in addition to the 2021 European Championships in Varese, Italy.

ParalympicsGB finished top of the rowing medals table at Rio 2016 after claiming three golds and a bronze.

Defending champions Rowles and Whiteley have had limited recent racing experience due to the coronavirus pandemic but claimed gold at the European Championships in April.

The Tokyo Paralympics run from 24 August-5 September with the rowing events scheduled for 27-29 August.