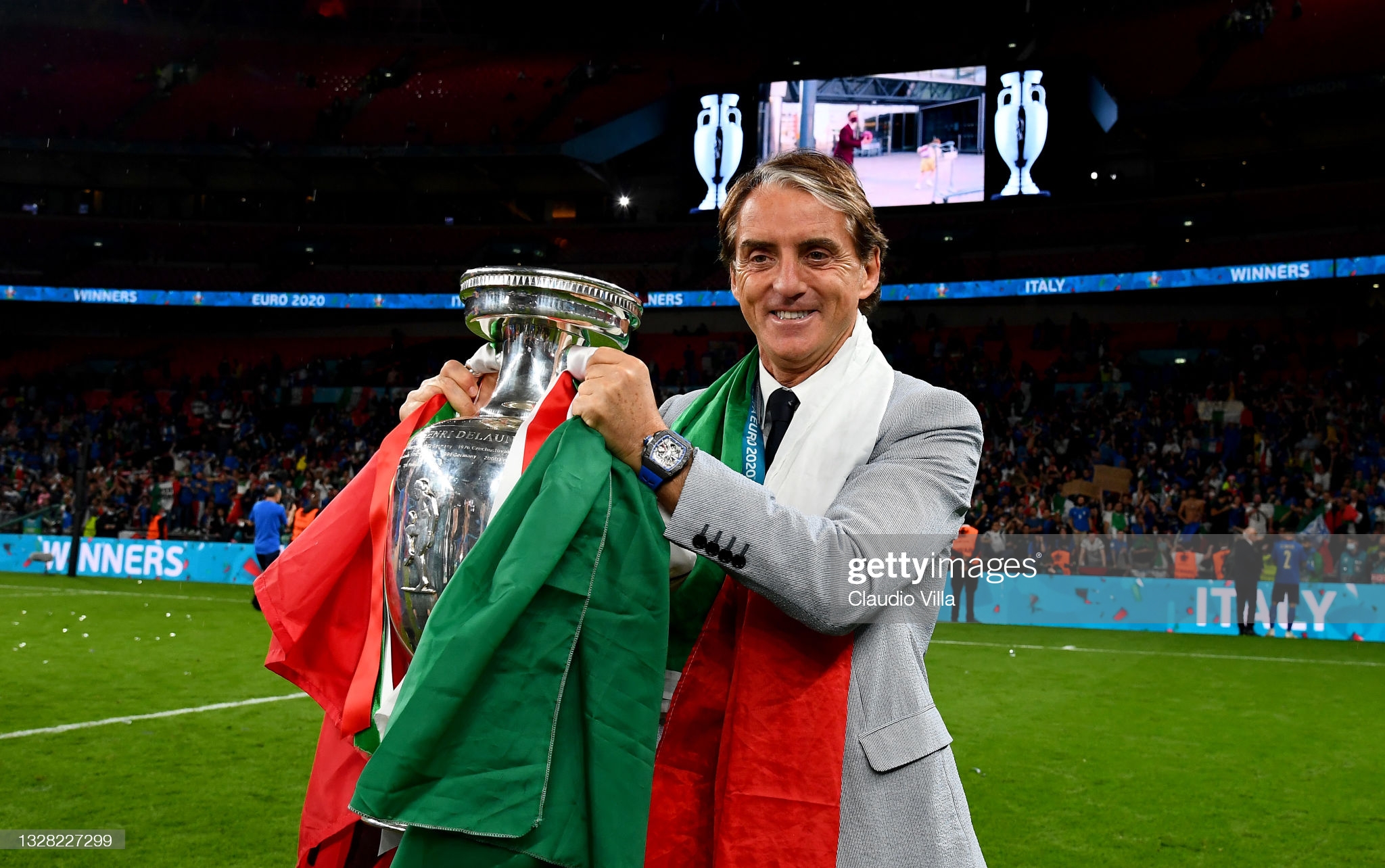 Roberto Mancini’s Italy – who overcame Wales in the group stages – have been heralded as “Invincibles” after beating England to win Euro 2020 at Wembley.

The Azzurri were crowned champions of Europe following a tense penalty shoot-out, which confirmed the men in blue’s unbeaten run in the competition.

Monday’s back pages across the sporting world were awash with tributes to Italy, and their newfound status as the cream of Europe.

In Italy, Gazetta dello Sport ran with the headline, “Too beautiful, Italy champions of Europe.”

It is a huge turnaround for the Italians, who fought back from football’s wilderness after failing to qualify for the 2018 Russia World Cup.

They beat Wales 1-0 in Rome to top Group A ahead of Robert Pages’s side and then overcame Austria, Belgium and Spain before beating England.

Corriere dello Sport proclaimed ‘It’s ours!’, while Tuttosport proudly proclaimed with their headline: ‘There’s only us!’

The coverage of Italy’s win has naturally gone far and wide, with L’equipe in France labelling the Azzurri ‘Invincibles’ after their immaculate winning record enroute to the trophy.

The centre back scored the equaliser for his country as the Italians came from behind to take the game to penalties, before coming out on top 3-2 in the shoot-out, with Marcus Rashford, Jadon Sancho and Bukayo Saka all missing for England.

And after the Italians lifted the trophy, 34-year-old Bonucci sent a message back home in opposition to England’s famous ‘It’s coming home’ song by screaming into a TV camera: ‘It’s coming Rome!’ with the defender in triumphant mood following Sunday night’s victory.

The Juventus defender also said in the aftermath: ‘You all still have to eat a lot of pasta,’ referring to English fans.

He continued: ‘They wanted to bring the cup back to England but we are the ones who will take it to Rome by plane.’

Bouncci made it known how irritated he was by the boos during the Italian national anthem before the game too, saying: ‘We were strong, louder than the noise of the whistles.’