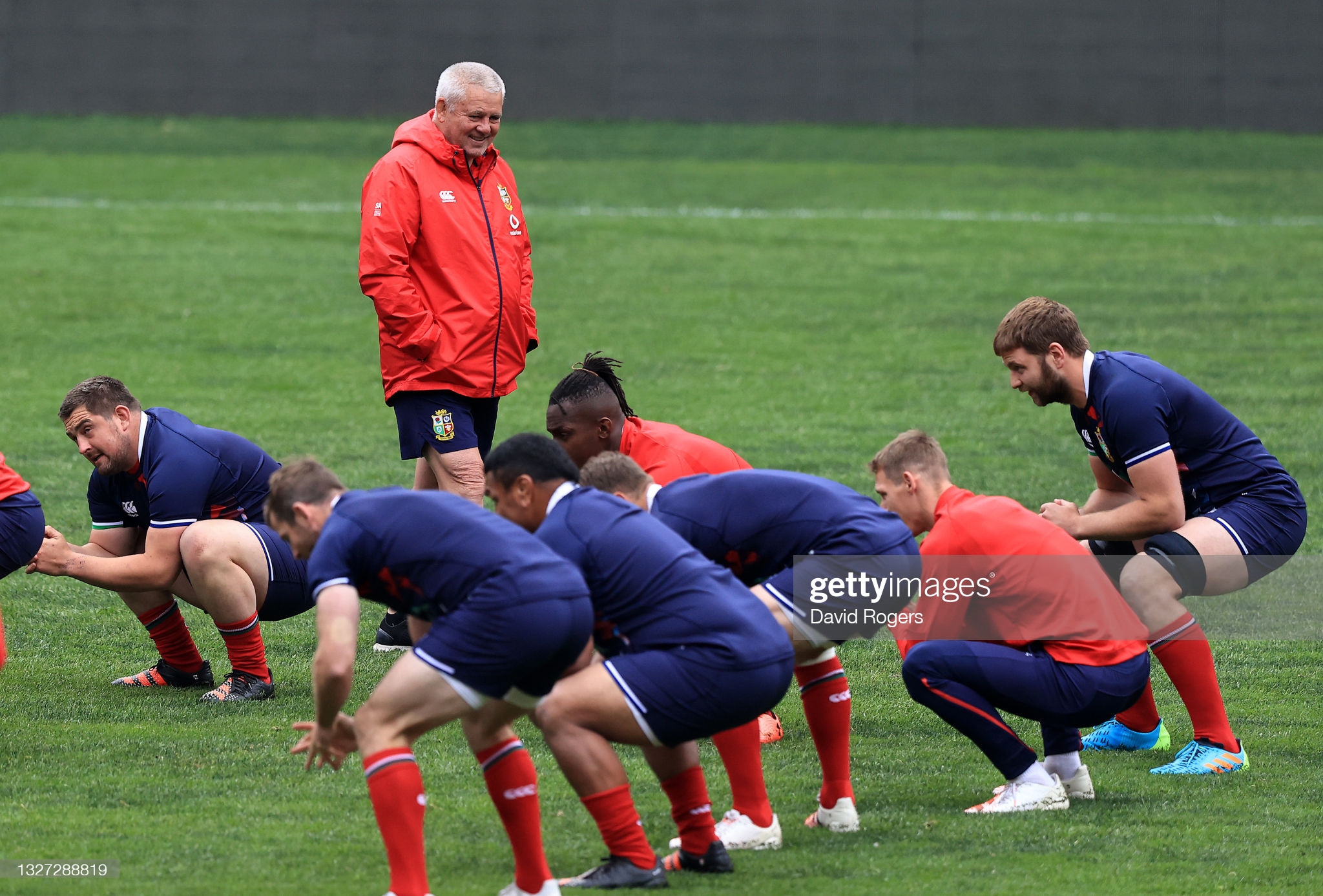 Warren Gatland will name his Test team on Wednesday.

Seven Welsh players have been included in a strong Lions line-up that appears to resemble a shadow Test side as the tourists prepare to face South Africa A on Wednesday.

Lions coach Warren Gatland has included Louis-Rees-Zammit, Josh Adams and Dan Biggar in his back line, with Wyn Jones, Ken Owens, Josh Navidi and Taulupe Faletau in his forward pack for what will be the toughest match of the tour so far at Cape Town Stadium.

“We’re pleased to have arrived in Cape Town as we near the halfway stage of the Series,” said Gatland.

“Wednesday’s game against South Africa ‘A’ will be our toughest encounter since we arrived here and we’re looking forward to it. We expect them to be physical in the contact area and look to test us at scrum time.”

“I think we’ve benefitted from playing at altitude in the first three games. While the boys have felt it in their lungs, they’ll be all the better for it now we’re at sea level.

“As we move towards the business end of the Tour, it’s pleasing to see so many players putting in some stand-out performances. As coaches we want the players to make Test selection as hard as possible and that’s we’re seeing.”

Murray will make his first start since being named Alun Wyn Jones’ replacement as British and Irish Lions captain in Wednesday’s clash.

Murray is reunited with Biggar at half-back at Cape Town Stadium in a combination that was last seen in the 28-10 victory over Japan that launched the tour in Edinburgh last month.

The Ireland No.9 played 29 minutes as a replacement against the Sharks at Loftus Versfeld on Saturday in his second appearance of the tour, his afternoon cut short by a yellow card for killing the ball.

There are only three survivors from the XV that overwhelmed the team from Natal, with Biggar, Anthony Watson and Chris Harris retaining their places.

Watson makes successive starts and switches from wing to full-back to form a back three with Welsh duo Louis Rees-Zammit and Josh Adams. Harris moves from inside to outside centre, with Bundee Aki taking the number 12 jersey.

Gatland has opted for a back row of Josh Navidi, Tom Curry and Taulupe Faletau as the Lions await their toughest test of the tour having amassed a total of 181 points in three games against provincial opposition.