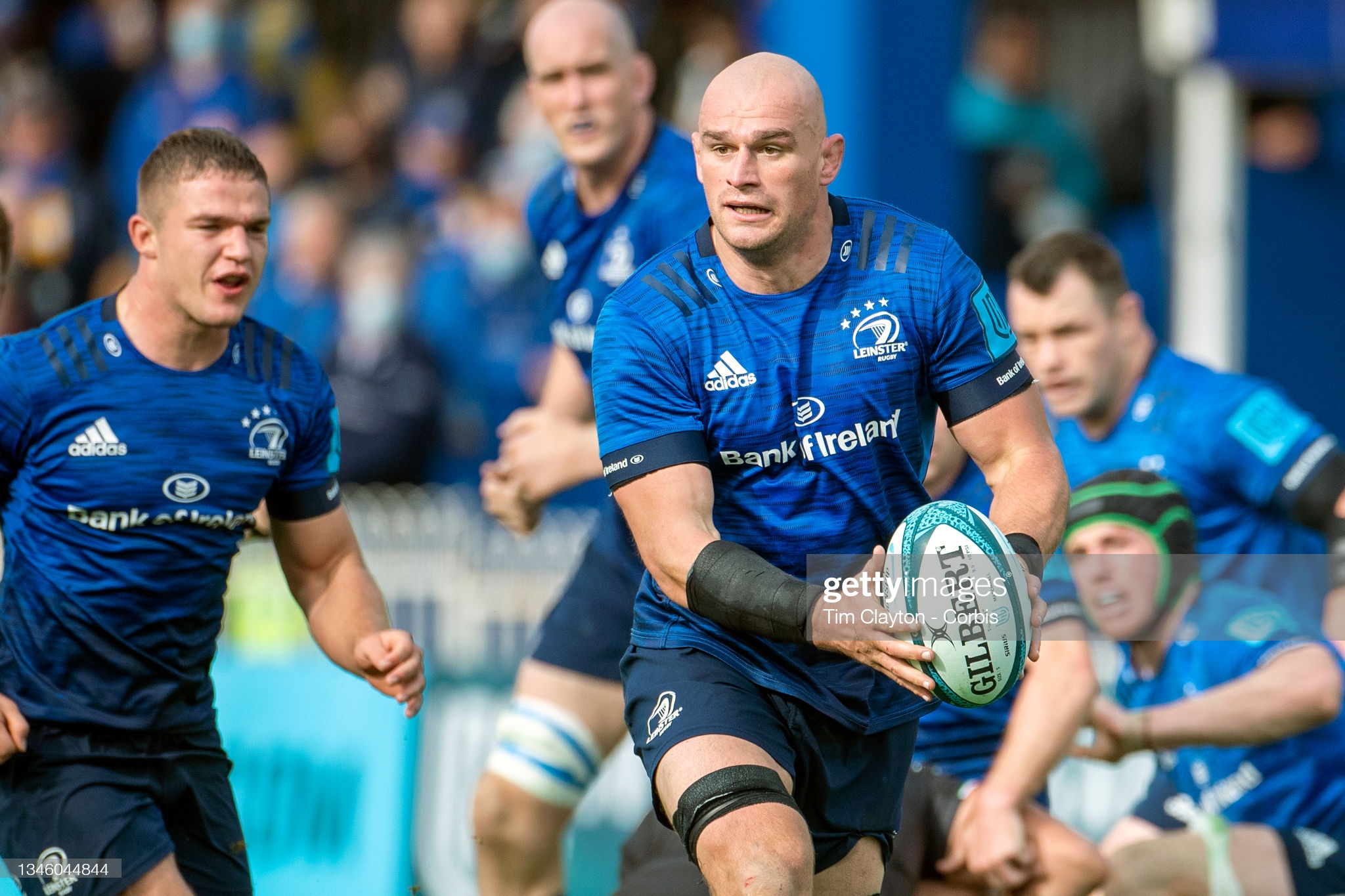 Not everyone wants to follow their father into the family trade. But Ireland’s 27-times capped Rhys Ruddock – a former Wales U18 international – is curious to find out whether the coaching business suits him. He’ll be playing for Leinster against the Scarlets on Saturday night, then thinking about his next coaching session, as he tells Graham Thomas.

Rhys Ruddock has taken his first tentative steps into coaching, with a certain Grand Slam-winner on speed dial for when he’s in need of advice.

The Leinster and Ireland forward is contemplating a future after his playing days and whether or not he fancies becoming a chip off the old block – in this case his father, Mike.

Ruddock junior – whose Leinster team host the Scarlets on Saturday in a match that is live on S4C – has begun coaching Lansdowne U20s, the same Dublin club his father guided to a position of dominance in Ireland before joining the Ospreys last year.

It means one of Wales’ most successful coaches is now fielding “random calls” to discover how it was done.

“So far, so good, but then I am ringing him every week,” says the 30-year-old flanker about his prospective coaching career and his invaluable mentor.

“After every session and every game, I’ll think of a new thing that I’m not quite sure of and so he is a great resource to have.

“I can call him and he loves chatting to me about coaching. Having his wisdom and advice is great.

“We didn’t actually used to talk about rugby all that much. We tended to discuss other things like music and general things.

“But now he’s getting random phone calls when he’s on the golf course or wherever – me interrupting him with questions.”

Rhys has yet to decide whether or not he will pursue a coaching career when his playing days are over and insists retirement as a player is not yet on his agenda.

A serious accident forced his father to stop playing at 26, meaning the fledgling coach is already four years older than his father was when he swapped his training kit for a tracksuit.

Older brother Ciaran is already a strength and conditioning coach within the Ireland set-up.

“I don’t know yet whether I want to go down the route my old man did. We’ll see,” says the Leinster No.6.

“I am still enjoying playing rugby, but it’s a different feel to have this other side as well.

“It’s got me thinking about rugby a bit more broadly, how to solve various problems. It’s got my brain working a bit harder, which is a good thing, and I’m hoping it will benefit my own game.”

For this weekend, the Swansea-raised Ruddock is concentrating on Leinster’s task against a Scarlets side who are coming off the back of a humiliating thumping, 43-13 at home to Munster.

Thirteen years after guiding Wales to their first Grand Slam in over a quarter of a century, Mike Ruddock is still winning trophies in his adopted Ireland.
It’s a league and cup double for Lansdowne… pic.twitter.com/5ZWxABigki

Leinster, meanwhile, were busy handing out their own punishment – a 43-7 victory over Zebre that continued the reigning champions’ unbeaten start to the United Rugby Championship.

But something about that Parc y Scarlets scoreline, and their recent hiring of Dwayne Peel as head coach, has jabbed at Ruddock’s attention.

Perhaps it indicates the mentality of a future top level coach, but he says: “I have a lot of respect for the Scarlets and the fact they lost so heavily at home worries me a little bit.

“They will have put a lot into this week, they are a proud region, and we’re expecting a big performance from them.

“Dwayne Peel is also someone we have a lot of admiration for after his time with Ulster and I think he has brought some new ideas to them in terms of their attacking game.

“Ulster often caused us problems. Then, you have Hugh Hogan on the coaching staff at the Scarlets now, who was contact skills coach with Leinster and is someone I know very well.

“Whenever you face a coach who used to work with you, you know they have much more of an insight into how you play. That makes it difficult.”

Leinster, though, have clicked into gear quickly this season and are feeling the benefits of the return of a fit and motivated Ireland captain Johnny Sexton, who missed out on Lions selection this summer.

Sexton came off the bench in the first-half against Zebre and ended up being man-of-the-match in a seven-try victory.

“He has had an incredible start to the season,” adds Ruddock of his 36-year-old teammate.

“He’s the person in the group who drives the standards and it’s a privilege to play alongside him.

“His leadership is exceptional and his performances so far this season have been outstanding. He seems to have taken things to a new level again after having a break after missing out with the Lions.

“That seems to have made him very hungry again, which is great for us.”

After playing this weekend, Ruddock will soon be back on the training field with Landsdowe’s youngsters, although he’s not yet certain which is the easier gig.

“You realise that coaching is stressful, even at the level I’m doing it. So, I’ve a lot of admiration for my dad.

“There’s a lot of respect for him at Lansdowne and what he did here, so at the moment maybe I’m being given a bit more leeway than otherwise.

“It’s very early days, but I’m certainly enjoying it. It’s not the plan to change my own playing involvement any time soon, but I’m enjoying having a different challenge.”