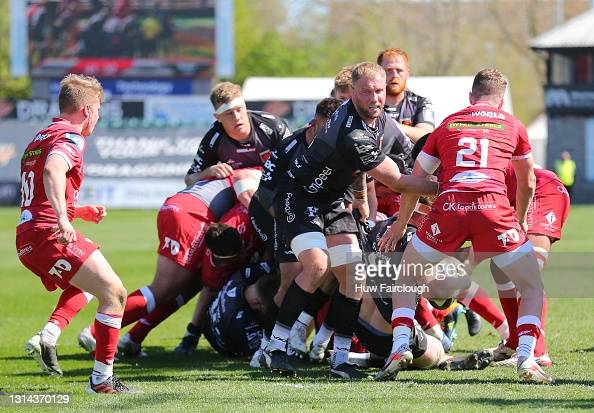 Ross Moriarty has returned from injury to lead the Dragons into action against the Stormers at Rodney Parade on Friday night.

Director of rugby Dean Ryan has made three changes with Argentina scrum-half Gonzalo Bertranou and second-row Ben Carter starting. Last weeks try scorer Jordan Williams starts at full-back and is joined in the back-three by Jonah Holmes, and Jordan Olowofela.

Aneurin Owen and Jack Dixon continue their partnership in midfield, with Sam Davies partnering Bertranou at half-back. Up-front Greg Bateman, Elliot Dee and Mesake Doge make up the front-row, with Will Rowlands adding some considerable weight at lock.

Moriarty is partnered in the back-row by Taine Basham, and Aaron Wainwright. And Ryan is hopeful his team can build on last weekend’s stunning away win over Connacht against a strong Stormers outfit.

“I think we’ve been getting better of the last few weeks,” said Ryan. “Our ability to hold onto the ball has been very good which was crucial in the performance away at Connacht.

“There was a big wind and it involved us having to work very hard. We need to create consistency around the same things.

“It doesn’t necessarily lead to the same outcomes but if you identify those consistencies you can one prioritise them, and two hopefully get an improvement out of them. It’ll be interesting to see if we can do that against a very different opponent. I’ve not coached a huge amount against South African sides so it is slightly different, and it’ll be an interesting challenge for us.”

Among the opposition ranks will be Dragons legend Brok Harris who made 143 appearances for the region. And Ryan believes a big crowd at Rodney Parade will give the prop the send-off he was denied due to covid.

“It’ll be fantastic to see Brok Harris again,” said Ryan. “He was a fantastic servant for us and for him to be at Rodney Parade, and for the fans to be able to celebrate that, and us celebrate seeing him again is fitting for someone who contributed so much to us.”