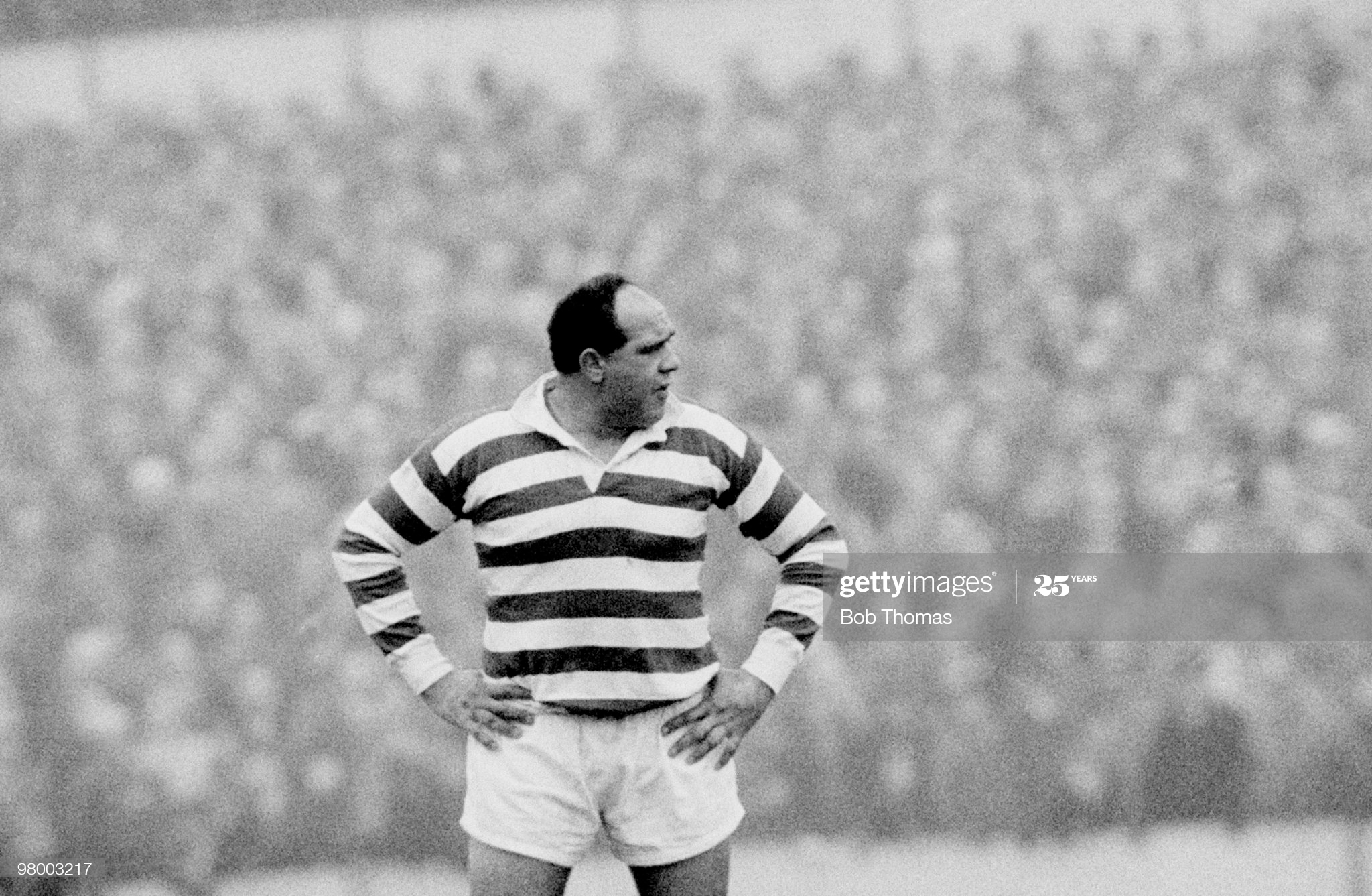 Three of the greatest rugby league players in the history of the game – Billy Boston, Gus Risman and Clive Sullivan – have been selected to adorn a statue to commemorate the Cardiff Bay Codebreakers.

The public and a special panel of experts agreed on the trio who will now be immortalised on a statue that will represent all the players who headed north from the Cardiff Bay area to star in the 13-a-side game.

The public were offered a list of 13 former greats who were all born in an area that took in the old Tiger Bay, Butetown, Grangetown, Adamsdown and Splott areas of south Cardiff and invited to vote for their favourite three.

All the players were then awarded extra points for their career successes before a seven strong panel of experts, including the current captains of the Welsh men’s and women’s rugby league teams, Elliot Kear and Rafique Taylor, as well as all-time greats Jim Mills and Jonathan Davies, were presented with the top six selections.

They were given the chance to choose their top three, earning extra points for their picks, to complete the selection process.

All members of the panel agreed with the public vote and so Boston, Risman and Sullivan will now join forces on a plinth that will also remember the other 10 players.

“It is a fantastic outcome and we had almost 14,000 votes from the public. They obviously know their stuff because the top three were all rubber stamped in exactly the same order by each of the seven members of the panel,” said Cardiff Bay Codebreakers chairman, Sir Stan Thomas.

“We offered up 13 great names from the past and we feel the three that have been chosen for a statue will inspire the youngsters from their area well into the future. Billy, Gus and Clive all have incredible back stories behind their incredible sporting careers.

“Billy and Gus were born and bred in the old Tiger Bay area and both went to South Church Street School. Clive came from Splott.

“Having the three of them together on a statue is comparable to seeing Bleddyn Williams, Gareth Edwards and Alun Wyn Jones joining forces on a rugby union statue or John Charles, Ian Rush and Gareth Bale being linked in a football version.

“All three were legends for their clubs and starred for Wales and Great Britain. Billy and Clive won the Rugby League World Cup, while Gus captained Great Britain to a series victory in Australia and scored more than 4,000 points in his incredible, 24 year playing career.

“Billy and Clive were both trail blazers for black sportsmen during their playing days, Clive becoming the first black captain of any British international rugby team when he led his side to World Cup glory in 1972.

“There is already a statue of Billy in Wigan, where he played and still lives, and he and Gus are among five players captured in bronze on a rugby league statue at Wembley Stadium. Now they will all be immortalised in their home city.”

More than £300,000 needs to be raised to complete a statue, which will be erected in the heart of the Cardiff Bay area.

Fund raising has already begun and Sir Stan is hoping the public will back the appeal as strongly as they did the voting. It is hoped the whole process can be completed within two years.

“Billy, Gus and Clive have always been huge figures in Cardiff’s rich sporting story, but the way in which they broke out of their local boundaries, beat racial prejudices and went on to become global superstars makes them even more compelling figures,” said Huw Thomas, leader of Cardiff Council.

“A statue to the three of them will be a great addition to the city and we hope it will act as a catalyst within their old locality. The example they set should be an inspiration to others.”

Born on 6 August, 1934 in Angelina Street, he went to South Church Street School and played for Cardiff Schools, Boys Clubs of Wales, Wales Youth, the CIACS and Neath in rugby union. He signed for Wigan RL while still a teenager for £3,000. It was a good deal for Wigan as Billy went on to score 478 tries in 487 matches for them, helping them to win three of the six Challenge Cup finals they reached in his 15 seasons at the club. He also scored twice in their 1960 Championship final victory earn Wigan their first title in eight years, and picked up two Lancashire League and one Lancashire Cup winners medals. He won the World Cup with Great Britain and played in 31 Tests, becoming their first black tourist in Australia. He also played for Wales. He is in the Rugby League and Wigan Halls of Fame, on the Welsh Sports Hall of Fame’s ‘Roll of Honour’ and was made MBE for his services to sport.

The son of Russian immigrants who settled in Tiger Bay, he was born on 23 March, 1911, in Sophia Street and went to South Church Street School. His parents ran a boarding house and then moved to Barry to run a cafe when Gus was 11. He became one of the greatest rugby players produced by Wales, captaining the 15-a-side team in War Time internationals despite being a rugby league legend. The statistics of his rugby league career are staggering and he is a member of the Rugby League and Workington Halls of Fame and is on the Welsh Sports Hall of Fame ‘Roll of Honour’. He has streets named after him in Salford and Workington and is on the Rugby League statue at Wembley Stadium. Between 1929-1954 he scored 4,052 points in 873 games for Salford and Workington Town. He also played in 17 Test matches for Great Britain, playing in five Ashes winning series, and won 18 Welsh caps. He won four Rugby League Championships, went to Wembley for the Challenge Cup final three times, picked up five Lancashire League titles and three Lancashire Cup winners medals. He was captain of the Workington Town team that won the Challenge Cup at 41.

Clive Sullivan
Born in Splott on 9 April, 1943, he became the first black captain of any British international rugby team. He led Great Britain to the 1972 Rugby League World Cup title, scoring a try in each of his side’s four games in the tournament, including a length of the field effort against Australia that earned a 10-10 draw to clinch the trophy. He joined the Army from school and had rugby league trials in his late teens. He eventually joined Hull FC and went on to play 352 games for the club, scoring 250 tries. He then switched to Hull Kingston Rovers and added 118 tries in 213 games. He made his full Great Britain debut in 1966-67 and marked it by scoring the winning try against France in the last minute. He also featured in the 1968 World Cup series in Australia and captained Wales at the 1975 World Cup. He won 17 caps for Great Britain. In 1974, he was honoured with an MBE and he is on the Welsh Sports Hall of Fame ‘Roll of Honour’. The main road into Hull was named ‘Clive Sullivan Way’ in his honour following his untimely death at the age of 42 from liver cancer.