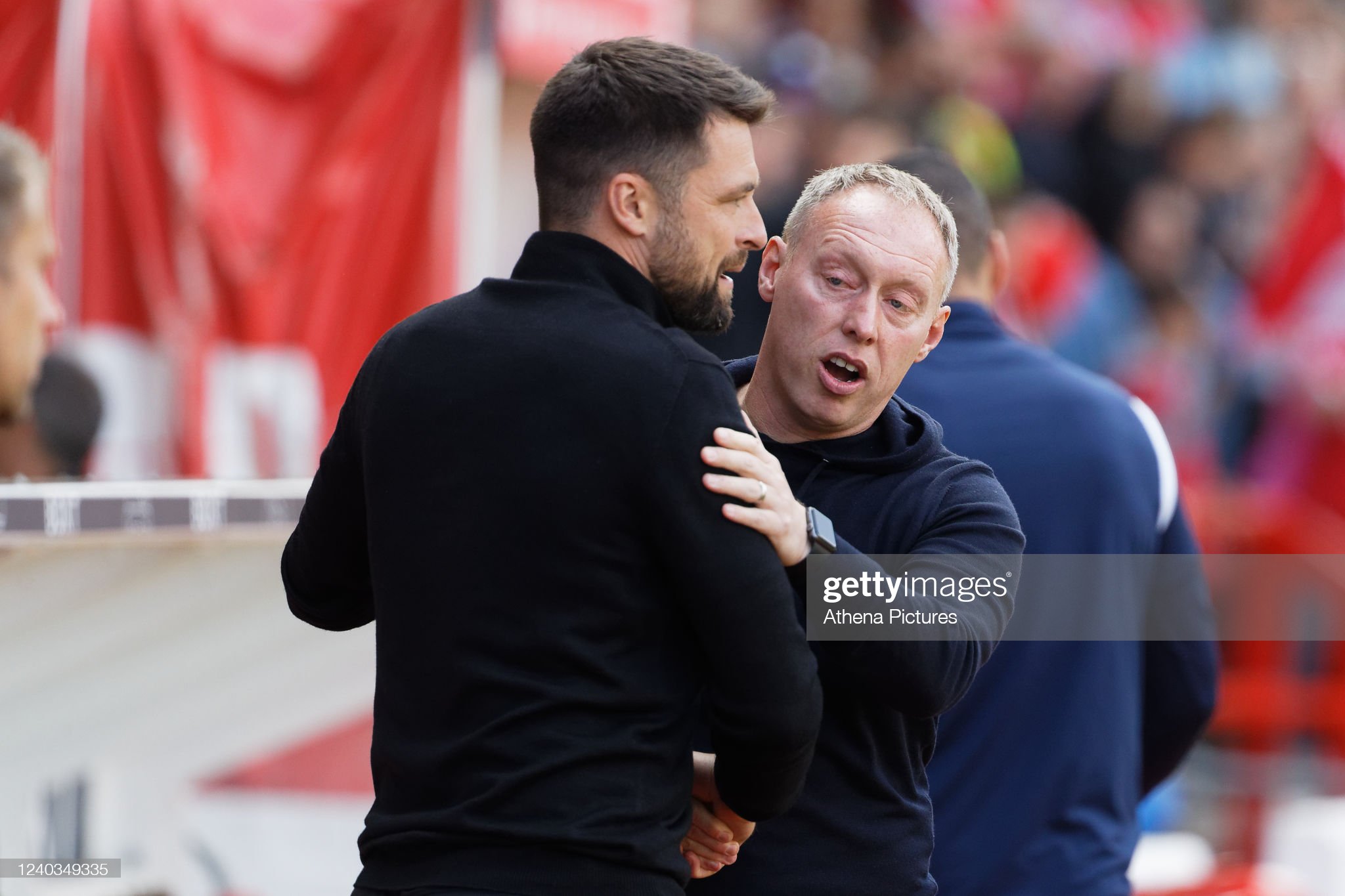 Russell Martin has admitted he felt embarrassed by Swansea City’s latest collapse and vowed to bring in more athletic and powerful players this summer.

The Swans head coach again watched his team succumb in a one-sided second-half as they were thrashed 5-1 at Nottingham Forest.

In three of their last four games, the Swans have conceded three second half goals to Reading, three to Bournemouth and now four to Forest.

Martin’s men actually had 70 per cent of the possession at Forest – on an inspirational charge under former Swans boss Steve Cooper – but managed just three shots on target compared to Forest’s 17 from 30 per cent of the ball.

Having looked an outside bet for a play-off spot just a few weeks ago, the Swans are now likely to finish the season 10 points adrift of that target after a defeat and four draws in their last five matches.

“What we’ve learnt from the Bournemouth second half and this second half is that we certainly need a bit more presence and athleticism next season, there’s no doubt,” said Martin.

“But it’s a real sign of what we are lacking and how to respond when we go behind. Today we learnt a bit about a few guys as well.

“I’m just really disappointed for everyone that we’ve finished the season away from home like that.

“The reality check is that if you’re not going to really look after the ball and keep it as far away from our goal as possible, then you have to be willing to fight and defend, and we haven’t been able to do that.

“We know now what we’re lacking for next season.

“Ultimately the players have worked hard all season. Everyone has. They’ve grown so much. It’s been pushing a rock uphill all season to get to a certain point.

“They’re in a position now where they can cause teams at the top of the table problems. We have to respond next Saturday because I don’t want to finish the season like that.

“We were nine unbeaten before today, but it was really humbling in the second 45 minutes.”

With one game to go, Swansea have now conceded 67 goals this season, more than any of the 14 clubs above them in the table and only two less than bottom club Barnsley.

In the last five games, they have let in 14 goals and Martin added: “There is a way to lose, and that certainly wasn’t it.

“There are a few players who have to make sure they are part of this.

“In this team some people have really risen, and there are some people who are in danger of getting left behind.

“That is for us to assess but in the last two games, in the second halves against Bournemouth and Forest, have shown us what we are really going to need if we are going to be successful next season.

“We have half an hour at Reading where they smash the ball into our box with real height and power, and to negate that we can either sign three monsters and play a different way, or we can do things properly and look after the ball.

“We have to run properly, to work for each other properly and show some real intensity to stop the ball coming into our box.

Was more upsetting dropping points 4-1 up at Reading & 3 up home to Bournemouth.Home points to Barnsley,Birmingham etc recently. Board to needs to back Russell Martin to get some defenders in.They will sell his top goal scorer though . Worse move ever was selling club to yanks.

“I thought after Reading we would deal with that better, but against Bournemouth we did not show the courage to continue to play and we invited them back onto us by kicking it away.

“It was the same issues here, if you do not look after the ball properly then you will leave yourself defending set-pieces and on the counter-attack.

“We will look at it all, we have to be ready and make sure these things do not happen next season.

“We have been on a great run, and it is raw after a defeat, and I believe we will be better next season.”