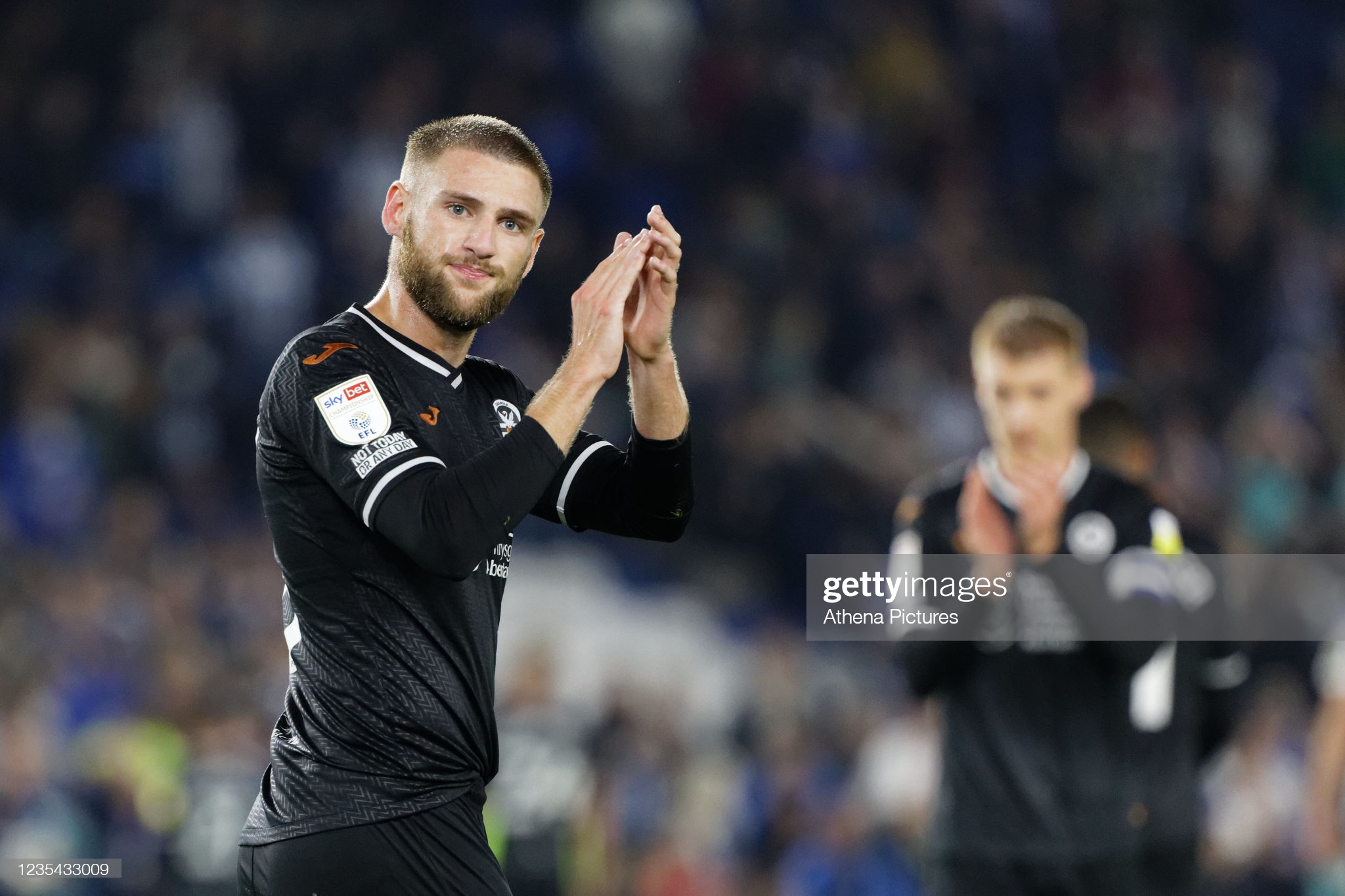 Russell Martin has called on his Swansea City players to be braver after they bowed out of the Carabao Cup following a 2-0 defeat at Brighton.

It was a comfortable victory for one of the Premier League’s in-form teams, but Swans head coach Martin was left frustrated by missed chances early on and a lack of ambition after his side fell behind.

Martin did claim to have seen a lot of positives, but the fact is his team have now won only three times in their first 11 games this season in all competitions and are winless in their last five.

They return to Championship action at home to Huddersfield on Saturday, before back-to-back away tripes to Fulham and Derby County.

“I thought we were excellent for large parts of the game. We started brilliantly and pressed really aggressively and high,” said the Swans boss.

“We got a few chances off the back of that, and we should have scored early on because we had some fantastic chances, so that’s frustrating.

“We went a little nervy then. We had seven guys who are 22 or under in the starting XI, and we kicked it away too much and took too many easy options without showing the intensity to really hurt Brighton and play through them.

“That was the frustration at half-time. It came after we had conceded two poor goals, and we’ll go away and analyse that.

“We went a little bit away from what we’re about, but in the second half we asked them to get back to what we’re working on and be brave. That started with Steven Benda, who I thought was great. The decisions he made and the way he played in the second half compared to the first half was brilliant.

“The intensity and amount of chances we created by playing through the press – it was really outstanding at times.”

Republic of Ireland international Aaron Connolly had only one goal to his name in the calendar year before his 33rd-minute deflected strike broke the deadlock at the Amex Stadium.

Connolly’s second then followed five minutes later in almost identical fashion as he placed the ball in the far corner beyond Swansea goalkeeper Benda.

Brighton kept their impressive run of form going into the cup despite boss Graham Potter naming an entirely different starting XI from his side’s hard-fought 2-1 win over Leicester at the weekend.

Swansea hit the woodwork twice in the second half but were unable to force a comeback, unlike their 3-3 draw against Luton at the weekend when they were three goals behind.

Martin added: “We had five huge chances inside their box, but we didn’t score. That’s frustrating because if we score then it becomes a different game as we were on top.

“I was frustrated for the guys because they deserved it for their efforts, especially in the second half.

“The lack of fear in the second half – we played with complete courage and conviction in what we want to be – was very pleasing.

“It gives us a lot to be positive about, a lot to look forward to, and a lot to analyse and learn from.”