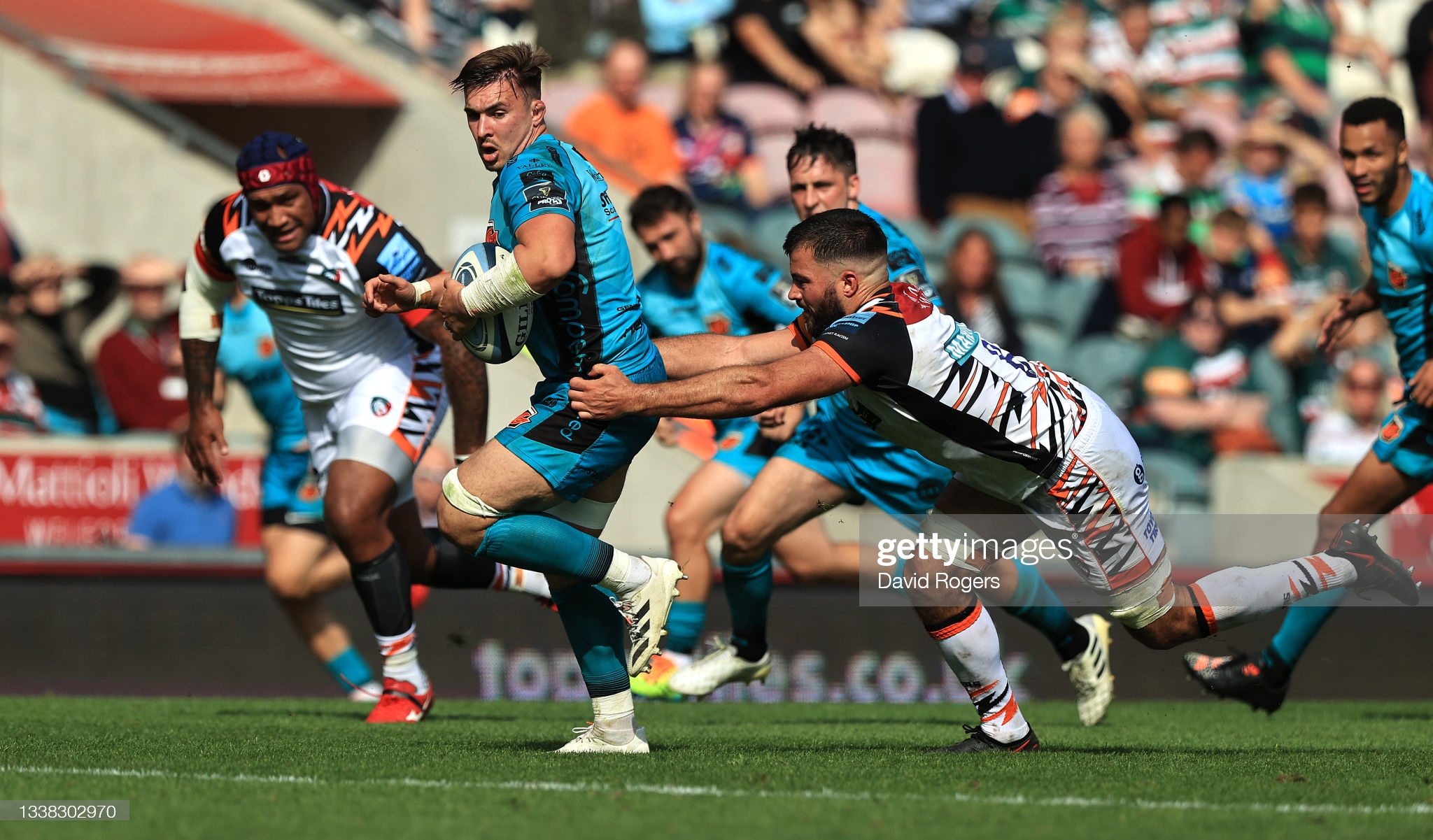 Taine Basham in action for the Dragons against Leicester. Pic: Getty Images.

The Dragons’ campaign in Europe this season will be shown live on S4C.

The Welsh broadcaster has struck a deal to show live European rugby matches from both the Heineken Champions Cup and EPCR Challenge Cup this season, including matches involving both Cardiff and the Scarlets.

S4C will broadcast the Dragons’ opening match, away at Perpignan, live at 5.30pm on Saturday 11 December, before showing the second round match between Dragons and Lyon live from Rodney Parade on Friday 17 December at 8.00pm.

In the third round, the Champions Cup match between Cardiff and English champions Harlequins will be shown at 8.00pm on Friday 14 January, before the Challenge Cup match between Benetton and Dragons, from 3.15pm on Saturday 15 January.

Scarlets’ round four match against Bristol Bears in the Champions Cup, will be shown at 5.30pm on Saturday 22 January.

And the Dragons’ final group match, at home against Gloucester on the weekend of April 8/9/10, will also be shown on S4C.

Rhys ap Wiliam will lead the presentation team with Lauren Jenkins the pitchside reporter, and Gareth Charles and Gwyn Jones in the commentary box.

Sioned Harries, Shane Williams and Mike Phillips are among the names who will provide match analysis. Media Atom will produce S4C’s coverage of each match.