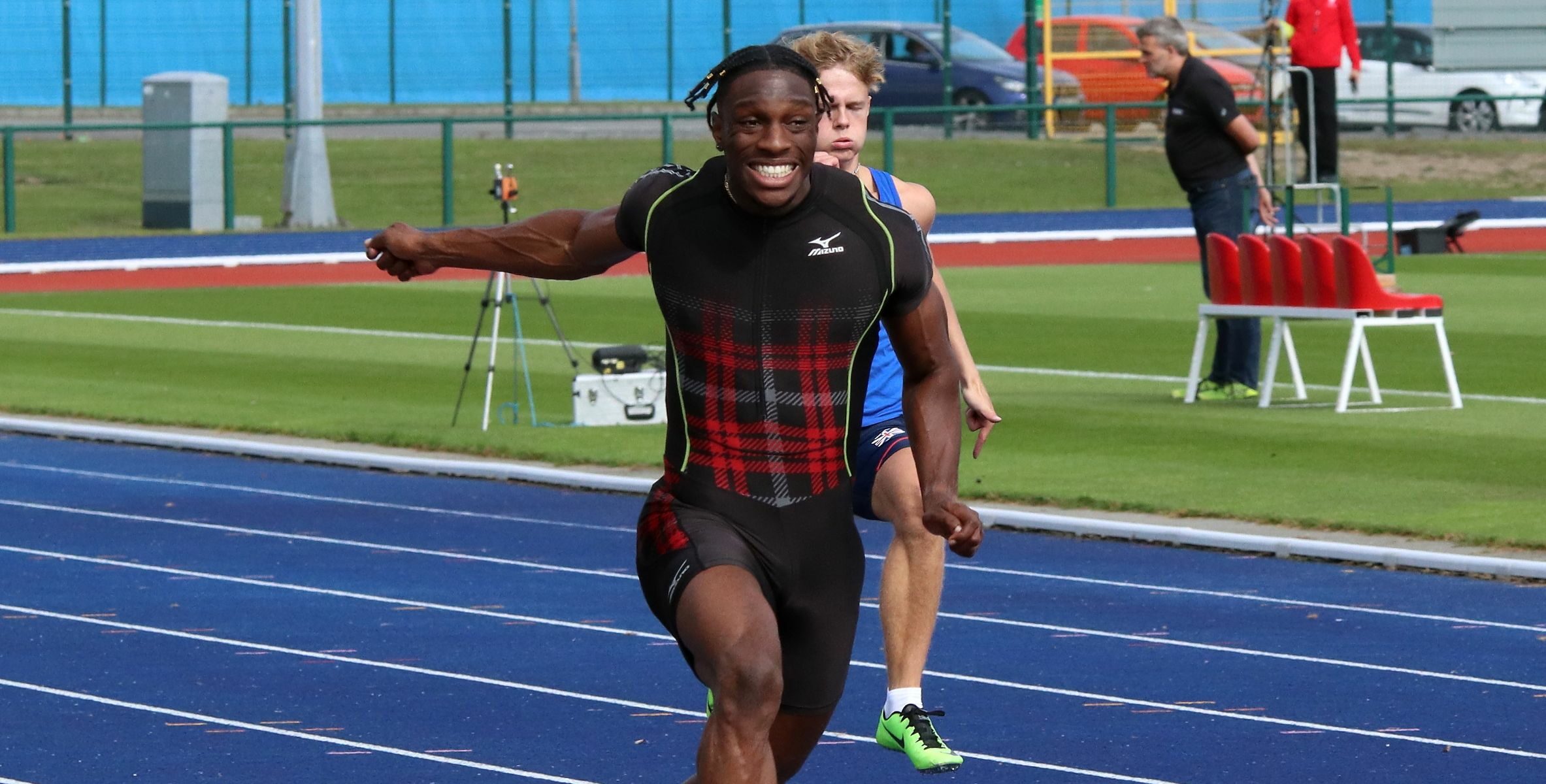 Sam Gordon produced a blistering performance on the hottest day of the year to smash his PB in London.

The Cardiff athlete clocked 10.25 in his second round heat at the Newham and Essex Beagles Sprints and Hurdles Open on Sunday.

Gordon’s time overtakes his previous best legal time of 10.30 clocked in 2019 and puts him third on the Welsh all-time list.

Only Tim Abeyie (10.22), who subsequently transferred allegiance to Ghana before being handed a four year doping ban, and Wales and Great Britain star Christian Malcolm (10.11) have now run faster than Gordon.

Earlier, Gordon ran 10.48 in winning his first round heat, at a meeting which saw a number of stand-out Welsh performances.

Swansea Harrier Dan Beadsley took a huge chunk out of his personal best as he won his first round heat in a rapid 10.36.

Second in Beadsley’s heat was Cardiff’s Josh Brown, who equalled his personal best of 10.48 set last year. Third was Cardiff’s Aaron Owen in 10.67.

There was also a new personal best of 10.72 for Menai Track and Field’s Zack Price, who finished second in his heat, 0.01 seconds ahead of Cardiff’s James Griffiths, who claimed his fastest time since 2017.

Olivia Breen, fresh from her bronze medal in the European Para Athletics Championships in Poland, earned a new personal best of 12.97 in the women’s 100m heats

Swansea Harrier Hannah Brier ran her fastest 100m time since 2016 as she clocked 11.51 finishing second in her heat to Imani Lansiquot.

Deeside’s Shannon Malone enjoyed a win in her 100m heat, stopping the clock in 11.68, while Birchfield Harrier Melissa Roberts was third in 11.90.
It was an excellent day all round for Malone, who took almost half a second off her 200 person best when she finished second in her heat in 24.32.

There was also a win for Cardiff Athletics’ Issie Tustin, who won her second round heat in a season’s best 12.44.