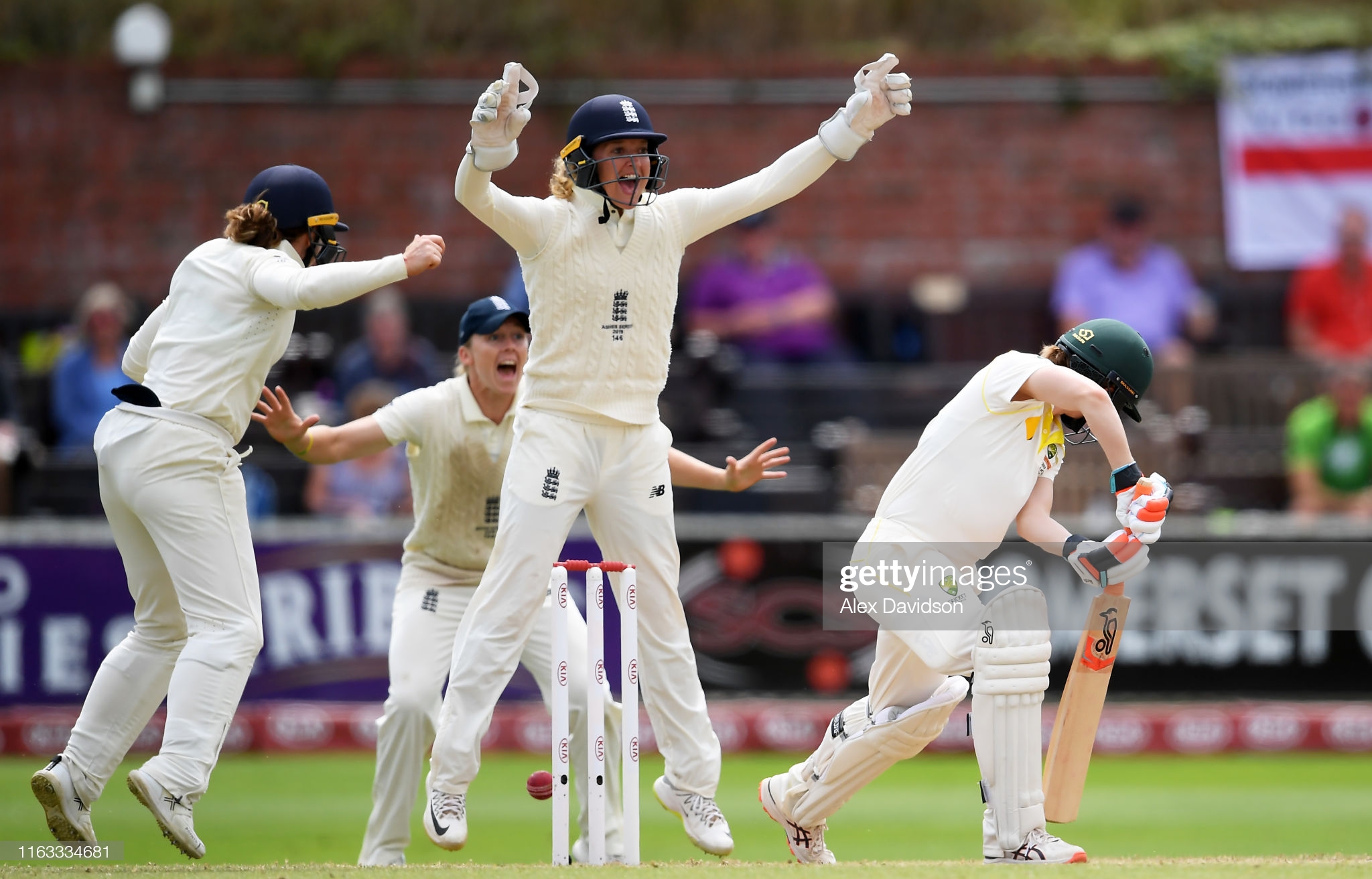 Sarah Taylor has been confirmed as another recruit for Welsh Fire this summer – meaning the new Cardiff-based outfit will boast two of the biggest names in women’s cricket as Taylor combines forces with Australian Meg Lanning. For Taylor, it’s a return to the game that looked unlikely a year ago, as she told Alex Bywater.

Sarah Taylor never planned on being a role model.

The England star – who will make a sensational return to action in Cardiff this summer – never planned on being the first woman to coach in men’s professional cricket.

She also never planned on being a mental health advocate.

She never saw herself as an inspiration to the next generation of young cricketers, but the realisation she is all those things dawned when she received a direct message on Instagram last year from one of her biggest fans.

“There was one brilliant little kid called Jackson on Instagram who said I was the reason he started wicketkeeping,” Taylor said.

“When I received his message, it was then that it dawned on me we don’t just inspire young girls, we inspire anyone who enjoys cricket.

“He was quite open in the fact I’m his inspiration, which is just amazing. It’s nice to have this sort of role. I’d say I’ve unknowingly dropped into it because of the mental health side of things.

“I’m very proud. It’s been a tough journey, don’t get me wrong, but I don’t see any reason why more female cricketers can’t push to be role models.

“You can’t hide from that responsibility we have. There should be no reason why young boys can’t watch women’s cricket and learn.”

Taylor is one of the most fascinating characters in British sport. In 2018, legendary Australian Adam Gilchrist declared her the best wicketkeeper in the world of either gender.

But in 2019 she stepped away from the game she loves as she struggled to deal with anxiety brought on by her status as a global cricket star.

Taylor developed Agoraphobia – a fear of being in situations where escape might be difficult or that help wouldn’t be available if things go wrong.

Now, after two years away from professional cricket, Taylor is back. She will play for the Welsh Fire women’s team in this summer’s new tournament – The Hundred.

“At the time I couldn’t have tried to have run further away from the Gilchrist comment, albeit it being amazing,” Taylor said.

“I struggled to deal with the gravity of what he said because the expectation on me grew massively. Now, I can look back on it with complete pride and remember the skills I produced in my career. Hopefully, they’re not gone and are still in there somewhere!

“I got offered the chance to play in The Hundred last year, but I wasn’t personally in a place to accept it. This year I’m in much more of a comfortable place to be able to play.

“The break was really good for me to go away, reflect, and put a few things in place. I’ve been quite honest in saying at one point I wanted to get as far away from cricket as possible, so I did that.

“That time away makes you reflect on what you miss about the game. I was so focused on the negative side of things that come with professional sport that I struggled to see much else.

“There are a lot of things in my life now keeping me very grounded. I feel very grounded in Sussex where I’ve got my full-time job in a school while I also coach with Sussex.

“Cricket is now something fun for me and I can’t wait to play for Welsh Fire now.”

The Hundred is a new sports competition launching this summer fusing blockbuster world-class cricket on the field with entertainment off it.

Eight new teams have been created, all of which have both men’s and women’s sides who will play on a level footing.

All Welsh Fire home games in Cardiff will see the men and women play their games as double headers on the same day.

England stars Jonny Bairstow and Ollie Pope and Kieron Pollard of the West Indies are the big names in Welsh Fire’s men’s side.

Taylor is joined in the women’s team by Australian captain Meg Lanning. The pair are household names in the cricket world and will showcase their skills in the Welsh capital this summer.

Last month, Taylor was confirmed as wicketkeeping coach of Sussex and became the first woman to coach in male professional cricket. She has worked at Bede’s Senior School since January 2020.

“As a female cricketer I want to showcase the talent that is out there, especially in a team like Welsh Fire,” Taylor said.

“We want to show off the women’s game and I think The Hundred does that perfectly. It should be fun.

“I’d rather be on Meg’s team than playing against her. I almost got the chance to play with her for Melbourne Stars.

“She asked me to play and then I think she jumped ship to Perth so I’ll remind her of that!

“We’ve got three Australians in the team. They’re world class and for these women to be coming to Wales is amazing. I don’t feel like there is any pressure on me.

“I could have an amazing tournament or a terrible one, but it doesn’t change much.

“It’s a fun platform for me to play the game again at a high level and if I can inspire the youngsters as well, then so much the better. I plan to enjoy it, no doubt.”