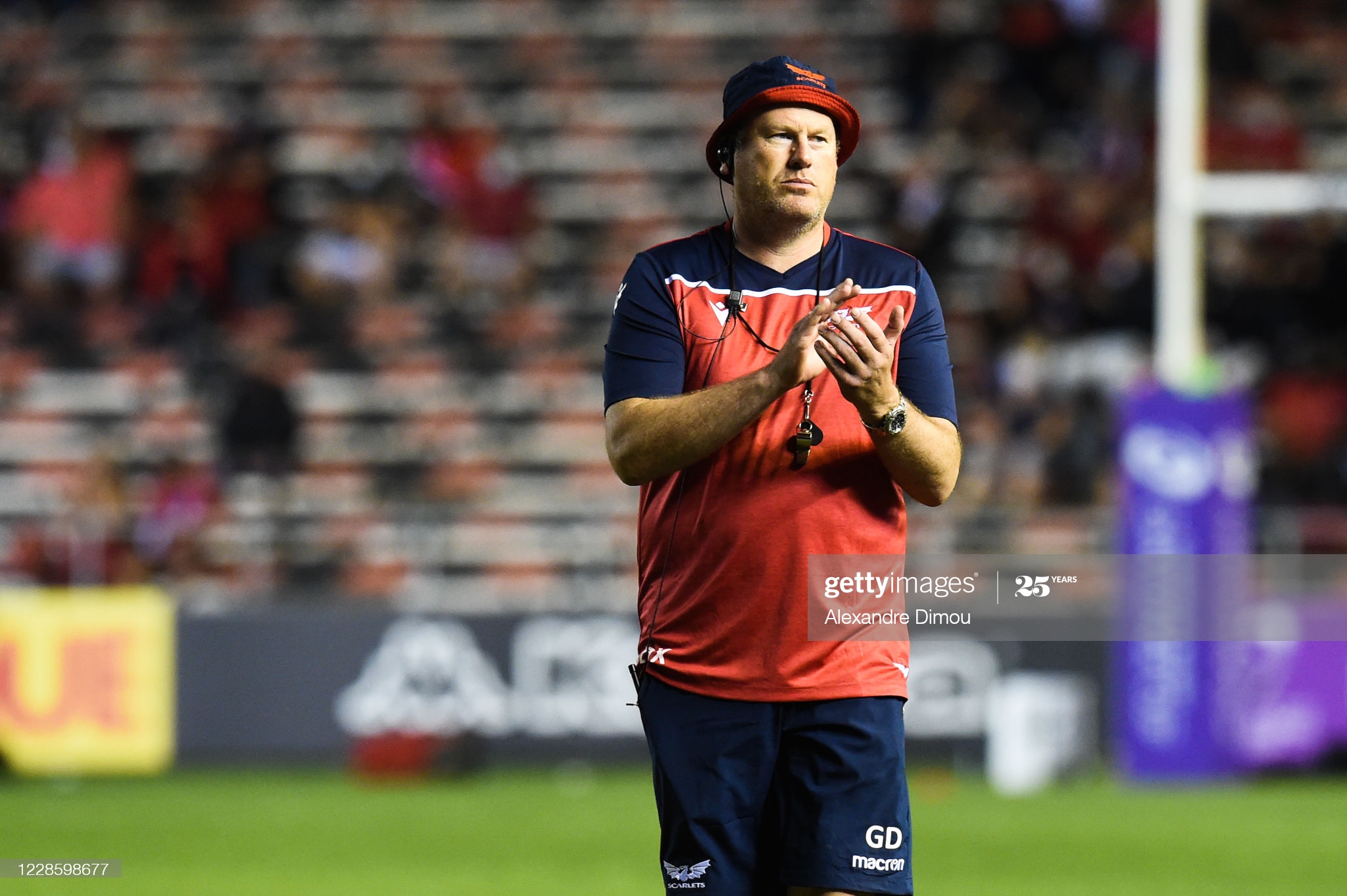 Scarlets head coach Glenn Delaney insists his team are primed to cope with a Cardiff Blues upswing following the departure of John Mulvihill and the appointment of Dai Young.

Delaney – whose team travel to the Cardiff City Stadium on Saturday evening for the Guinness Pro 14 derby – believes the Blues will respond positively after a week which has seen Mulvihill leave the top job in his third season.

“Everyone will expect a response and knowing those lads down there, they’ll give it,” said Delaney.

“They’ll be a very tough opponent on the weekend. There’s no doubt about it – it always has a galvanising effect. That’s what we expect, and we know the threats they pose. They’re a very good team.

“They move the ball wonderfully well. We’ll be expecting that they put everything on show on the weekend.

“We know that they’ve got some outstanding players and a very creative 10,  a very dangerous half-back and a forward pack that have built a good driving game.

“When you package all that up, there’s enough for us to worry about what they’re doing on the field.”

In terms of his own side, Delaney has been happy with their progress, but believes improvement still has to be made.

Wins over the Ospreys and Dragons – both at Parc y Scarlets – mean the West Wales region could make it a clean sweep come Saturday night.

“There’s good optimism in the air. We’ve had two games and we’ve managed to get through those, and we’ve got another one on Saturday, so the challenges don’t get any easier.

“Whilst we’ve had a couple of results, we want to make sure we’re performing and everyday is an opportunity to get better. That’s really what we live by here.

“We get through today and hopefully by the end of the day everyone goes home having improved in some aspect and we can carry that into tomorrow and then into the game.”

With European rugby around the corner after this last week of festive derbies, Delaney is happy with the injury progress of several key players.

“They’re all training at the moment, so far so good. We spoke about Liam last week and as we say – when it’s right it’s right.

“We’re going to go through the full week and probably after our main training session today we’ll be able to nail it down.

“Everyone wants to play and what we’re doing is giving everyone the opportunity to be in contention.

“Ken’s had surgery on that AC joint injury that he had up in Glasgow. He’s been back on the field for a week now.

“Johnny has been on the field for the last week and a half. They’re just progressing.”

There has been much criticism about the standard of the Welsh derbies so far and the entertainment value.

Of the four matches in the first two weeks, there has been an average of under two tries in each game.

Delaney thinks that pressure plays an integral part in this.

“The optimism is there to play. Perhaps there are some dropped passes on all sides because of the pressure.

“I think the way the pressure builds in the derby games is quite different to other games you play. It probably comes down to the fact that the boys are so familiar with each other.

“That’s the reality of it. That brings the best and worst out of us. Ultimately, they’re trying to compete and sometimes what I see is people trying to do the right thing in possibly the slightly wrong way.

“Everyone’s trying and maybe sometimes they’re trying a little too hard in these games.”

The Scarlets will look to leapfrog Connacht and move into second place, whilst the Blues will be looking to try and close the gap on their Welsh rivals.