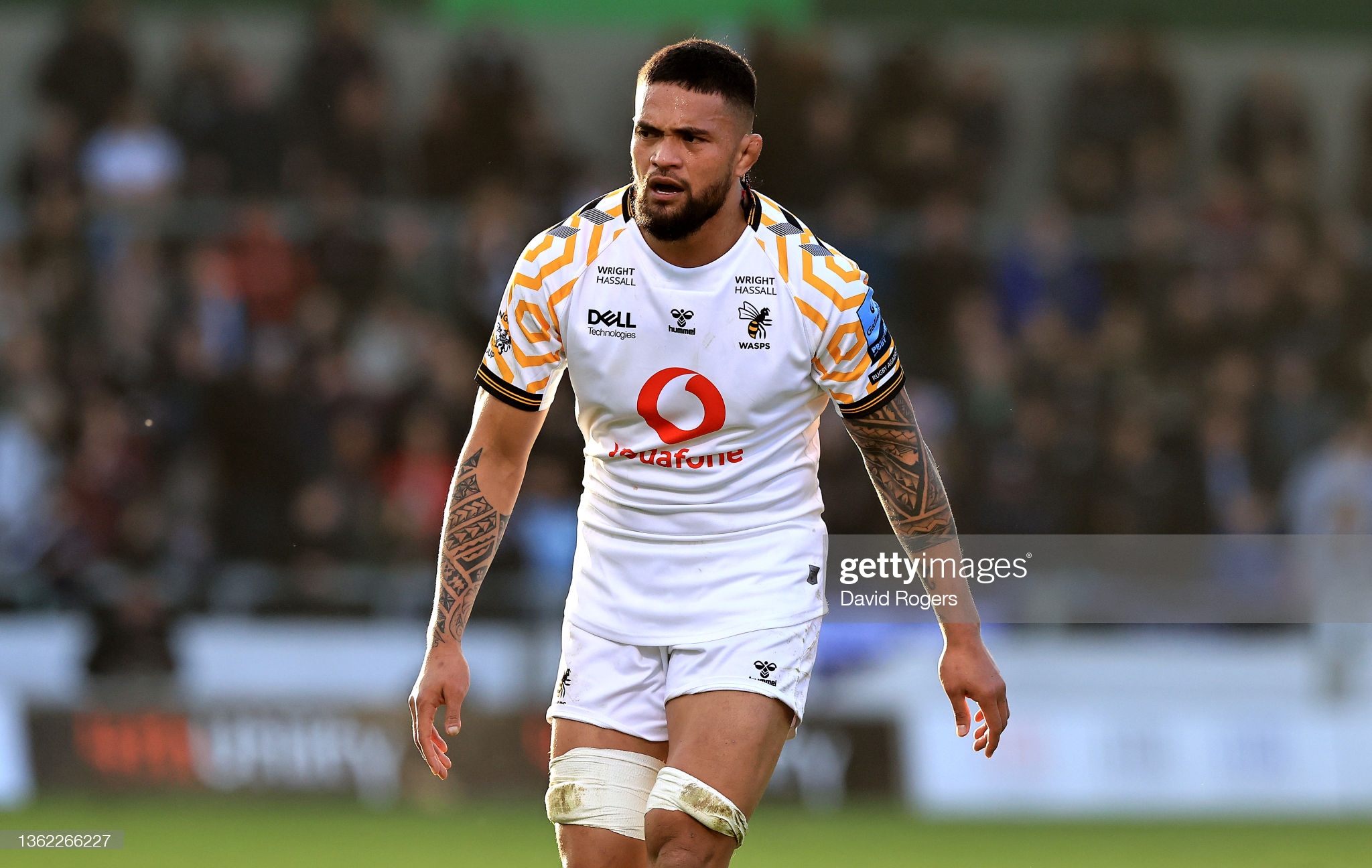 The Scarlets’ capture of former All Black Vaea Fifita is yet to be confirmed by Wasps head coach Lee Blackett.

The significant transfer coup for the New Zealand second row has been secured for next season by the Welsh region, who have been looking for a high quality lock since the departure of Jake Ball.

But Blackett has remained tight-lipped about Fifita’s future and claimed: “There’s a lot of rumours out there.

“I think the next few weeks we’ll know a lot more about his future.”

“He’s been dedicated so far and I expect the same from him. I think it’s that time of the season, there’s a lot of rumours but we won’t be commenting.”

Fifita, 29, pulled out of Wasps’ weekend victory over Leicester with an injury.

The dynamic forward won the last of his 11 New Zealand caps against South Africa in 2019 and played a key role in the Hurricanes’ Super Rugby winning campaign in 2016.

He joined Wasps last summer as their star signing but has fallen foul of the Gallagher Premiership’s salary cap reduction, with each side only allowed to spend £5m on their squads, although there is an exemption for one marquee player.

As a result, Wasps have had to offload Fifita with his former All Blacks teammate Malakai Fekitoa also set to leave the Coventry-based club.

Scarlets head coach Dwayne Peel has been on the look-out for a second-row ever since former Wales lock Ball left to join Japanese club NEC Green Rockets at the end of last season.

At 6’5 and 17 stones, Fifita will provide the Llanelli-based club with the physicality they have been lacking in their front-five.

Fifita has immense speed for his size and is an athletic forward, stealing 22 line-outs – more than any other New Zealand player – in Super Rugby between 2016 and 2021. He is also a destructive ball carrier.

In June 2017, Fifita scored one of the best individual All Blacks tries in recent times as he outpaced Argentina wing Santiago Cordero and fullback Joaquín Tuculet to run in from 40 metres, becoming a YouTube sensation in the process.

He is equally comfortable at second-row or blindside flanker and will join former Hurricanes’ teammates Sam Lousi, and Blade Thomson at Parc y Scarlets.

That was the era in which they boasted a squad which included overseas stars such as Marty Holah, Jerry Collins, and Filo Tiatia, while Regan King was the last All Black to represent the Scarlets back in 2016.

It will also help allay the fears of Scarlets fans after it was announced Wales full back Liam Williams will be leaving Llanelli to join Cardiff at the end of the season.