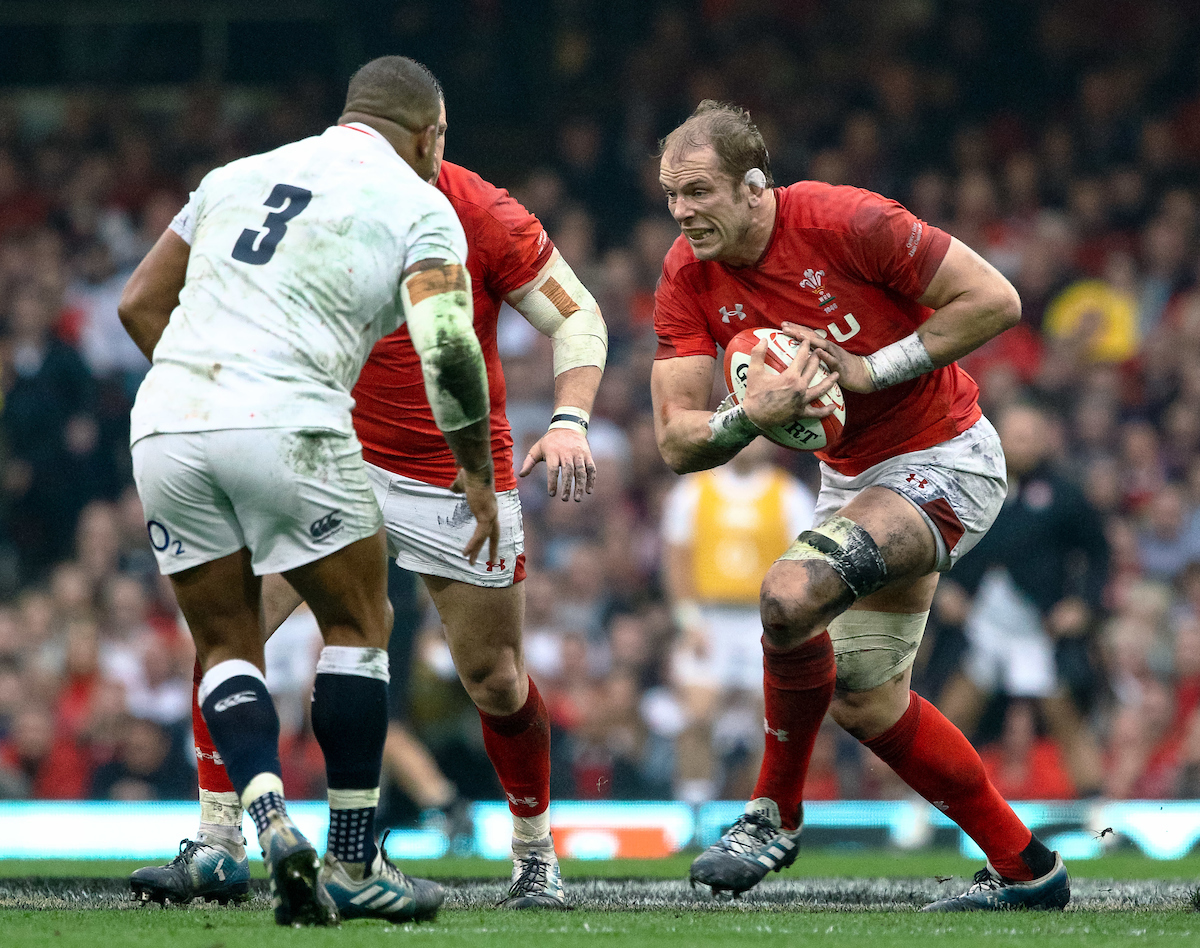 Shaun Edwards insists Alun Wyn Jones is playing the best rugby of his career because he been used so little by the Ospreys this season.

The Wales captain – who led his team to victory over England last weekend and in sight of another Grand Slam – has made just eight appearances for his region this season.

The 33-year-old will be with Wales for the two matches left of this Six Nations campaign – meaning even if he plays the remaining four matches of the regular Guinness Pro12 programme he would only reach 12 for the season.

Jones has not been seen in an Ospreys shirt fewer than 12 times in a season since he first broke into the team 13 years ago.

The sparing use of the Lions second row has made him fresh and energised when he has led Wales, according to defence coach Edwards.

“In my opinion, he’s playing the best rugby of his career,” said Edwards. “A lot of that is down to the way he has been managed by the Welsh Rugby Union and by Allen Clarke at the Ospreys.

“He’s not playing every single week, whereas he was a few years ago. He’s coming into these contests fresh, he’s well-conditioned and ready to go.

“As an all-round athlete, he’s 6’6”, 19 stone, got a great turn of pace and he’s got that unbelievably competitive edge to him.

“There’s different styles of defence, there’s not only one way to defend, some teams contest the ball heavily and other teams don’t.

“We are a team who really contests the ball heavily, and Alun Wyn has really bought into that, 100 per cent.”

Jones won his 132nd Test cap last weekend – a total that comprises of 123 for Wales and nine for the British and Irish Lions.

By the time the Six Nations is over, he is set to be up to 134 – level with Gethin Jenkins as Wales’ all-time cap holder and only 14 short of former All Black’s Richie McCaw’s international record of 148.

Not only that, but his form appears to be better than ever and according to Edwards the Wales skipper has been a hugely effective physical presence so far in the tournament.

“Obviously when he’s counter-rucking at over 19 stone, you can cause a bit of damage at times, can’t you?”

While praising one Lion, Edwards has told the Sky Sports rugby podcast that he remains in the dark over whether another – scrum-half Rhys Webb – might still be able to return to the international game in time for the World Cup.

Webb has been ineligible for selection since joining Toulon, but rumours of him returning to Wales persist, although Edwards has stressed Webb would find it a tough job reclaiming his No.9 jersey from Gareth Davies.

“If anybody knows anything about that, it would be Warren [Gatland] and if he does, he hasn’t shared any of that information with his staff,” said Edwards.

“But he [Rhys Webb] would have to earn his spot first. We’re on a pretty decent run at the moment – 12 wins out of 12 – so everyone has to earn their spot and Gats kept saying that on the tour in the summer, that some of the Lions guys who have been rested, you want them to feel uncomfortable and thinking, ‘will I get back in?’

“Rhys has been pretty outspoken and said he fancies his chances of getting back in, and he’s been an outstanding player for us over the years.

“I thought he was an outstanding bench player for the Lions when Conor Murray was the starting nine.

“We all know his qualities but we’re actually doing okay at the moment and, like everybody else, he would have to earn his spot.”