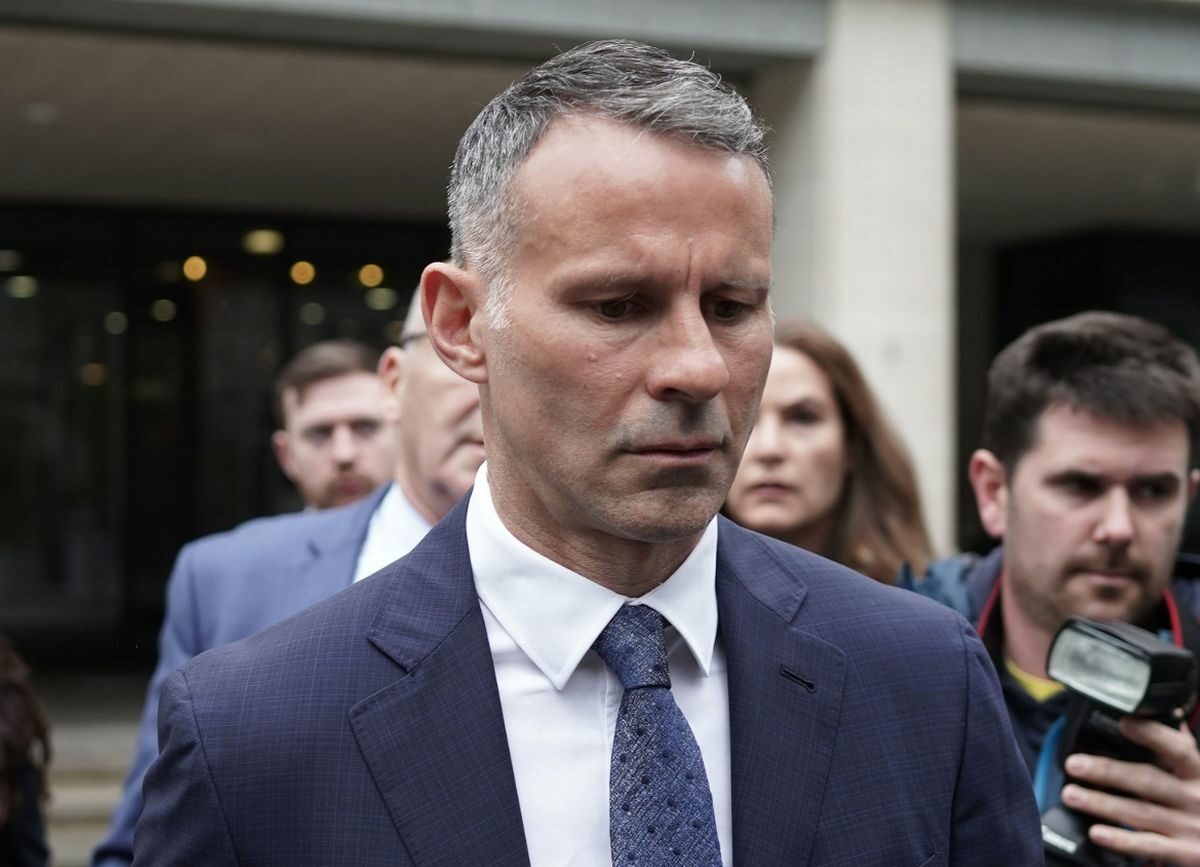 So, the Ryan Giggs Wales era has officially ended.

It was an announcement which almost certainly represents a full-stop conclusion to the strained 30-year association between the Cardiffian and his national football team.

The word “officially” is important here: in both practical and emotional terms Robert Page is already Wales manager.

It’s fair to say that this is a view shared by fans and players alike. Earlier this month, captain Gareth Bale spelled it out plainly.

“He (Page) is the long-term manager,” declared Bale. “I don’t think there is any question in the changing room or from the fans.

“He’s done an incredible job coming in, in difficult circumstances. Everyone with him has a great relationship.”

The lack of any reference to the soon-to-be departing manager was revealing.

Unsurprisingly, Welsh social media reaction to Giggs’ formal exit this week has been characterised by an overwhelming sense of relief, with the prevailing sentiment less “goodbye” and more “good riddance.”

There is a strong feeling among the fan base that the former Manchester United star has jumped before he was pushed (his contract was due to end after the World Cup, and surely wouldn’t have been renewed), and an even stronger feeling that Giggs’ resignation has come much later than it should have done.

In his statement this week, he emphasised that he “did not want the country’s preparations for the World Cup to be affected, destabilised or jeopardised” by interest in his legal case.

Good. But let’s remember that while Giggs may not be at fault for the delays that have pushed back his day in court, he willingly allowed a state of uncertainty to hover over Welsh football by not stepping down permanently, in either November 2020, (the date of his arrest) or April 2021, when he was charged with actual bodily harm and common assault against two women, as well as coercive and controlling behaviour.

That Wales were able to reach the round of 16 of the European Championships in this troubling context – let alone go on to qualify for a first World Cup since 1958 – is an enormous credit to Page.

To galvanise and enthuse a squad which could have lost focus and direction in the circumstances was an enormous achievement, and in less reliable hands the national team could easily have veered off course over the last 20 months.

Whatever happens in Qatar this winter, the man from Tylorstown has secured his place in Welsh sporting folklore.

It’s harder to say what Giggs’ legacy will be, either as a Wales player or manager.

In terms of results alone, his time in the hotseat was not unsuccessful: Giggs won 12, drew 4 and lost 8 of his 24 games in charge.

Ryan Giggs is set to step away from his official role as Cymru manager.

Among the 12 victories were promising glimpses of a buccaneering attacking style which represented a departure from the conservative approach Chris Coleman applied in the ultimately failed 2018 World Cup qualifying campaign.

Highlights included a 6-0 romp over China, a swaggering 4-1 Nations League triumph over old foes Ireland, and the dominant 2-0 win over Hungary which secured a place at the delayed Euro 2020.

Along the way, Giggs also put his faith in talented young players; handing debuts to the likes of Dan James, Connor Roberts, Joe Rodon and Neco Williams, who have all gone on to become key components of the national side.

An even more important call was the decision to bring Page into the coaching set up on the back of two away qualifying defeats against Croatia and Hungary.

The injection of defensive nous Page provided arrived at a critical time, with Wales keeping clean sheets in each of Giggs’ final six competitive games in charge.

We’ll never know if Wales would have qualified for the 2022 World Cup if Giggs had remained in charge after November 2020.

Would he have been able to circumvent a group which was tougher than the Euro 2020 qualifying draw?

Ryan Giggs actually has the best win percentage of any manager in Wales history (50%, same as Speed but better points per game ratio)

And more pointedly, would he have been able to summon the passion which turbo-charged those memorable play-off wins over Austria and Ukraine?

On the latter question, it feels distinctly unlikely.

There’s an argument that Giggs could be remembered as an important transitionary figure who bridged the gap between two era-defining Wales managerial greats.

There’s another argument – perhaps a more persuasive one – that it was a mistake for the Football Association of Wales to ever employ him in the first place.

Questions around his commitment to the cause stemming from his aversion to Wales friendlies as a player never really went away; not helped by Giggs’ reluctance to step away from his side project as a boardroom player at Salford City.

Doubts surrounding his moral suitability for the role of an important national figurehead (initially expressed by his own father) also clouded his tenure from the off.

And even before the very serious charges Giggs now faces came to light, his attitude towards women had been a source of concern – the 2011 super-injunction controversy involving model Imogen Thomas remains a deeply uncomfortable episode, for example.

Time and events in court will determine whether Giggs is able to salvage his reputation.

As a player, he will go down in the history books as one the greatest talents of his generation – and one of the very best footballers never to compete in a World Cup.

His time as Wales manager was also a broadly positive – if not game-changing – experience for the national side.

But it’s impossible to extricate these qualities from the lingering image of a deeply flawed character in thrall to a false sense of his own indestructability.

It’s understandable, then, that Wales fans feel glad to put the Giggs era to bed at last.

And happier still that their beloved “caretaker” manager can finally lay full claim to the history he has made.

A Page has been turned.