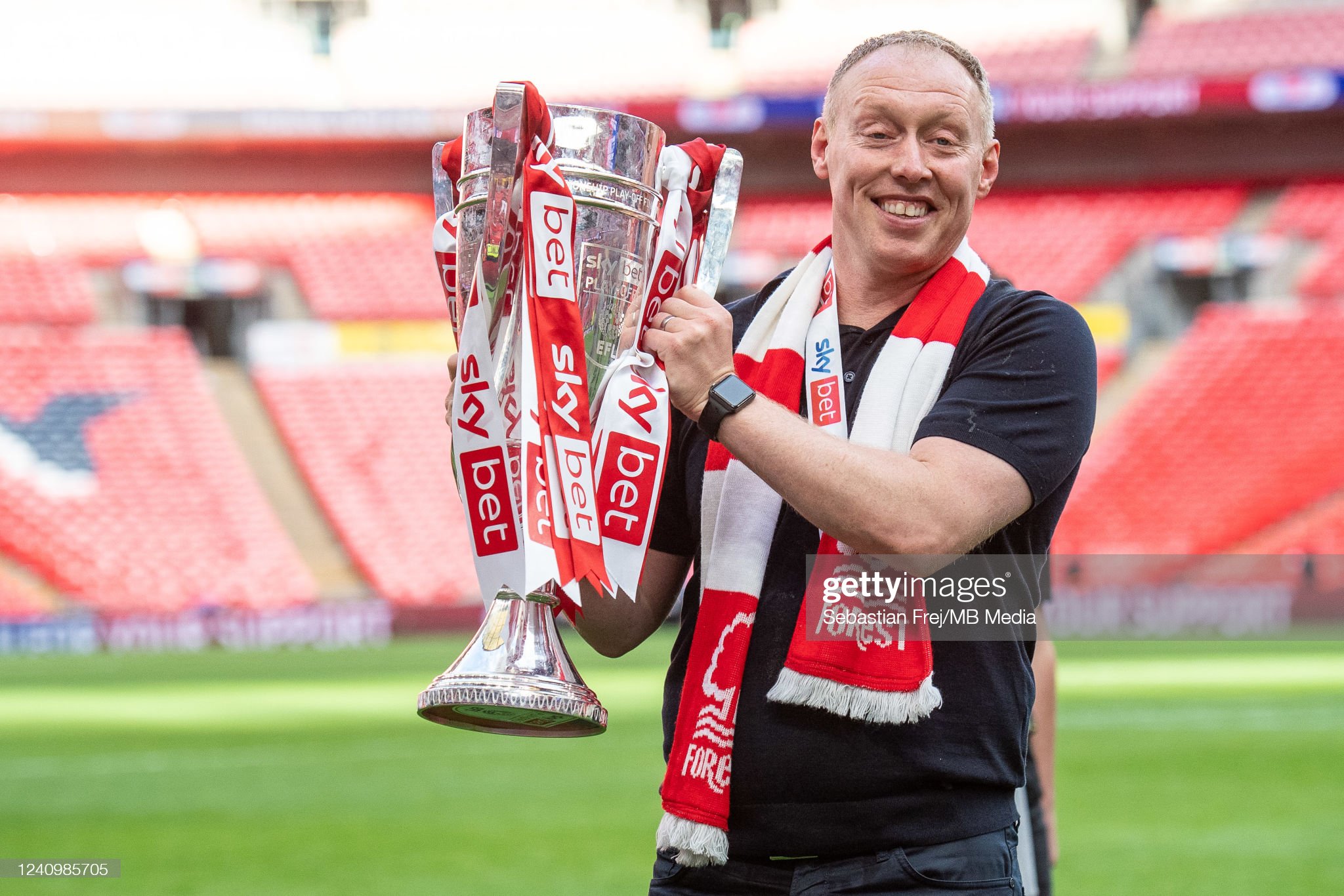 Steve Cooper will become the first Welsh manager in the Premier League since Mark Hughes in 2018, after revealing he first doubted Nottingham Forest might even climb into the Championship’s top 10.

Forest will return to the Premier League for the first time in 23 years next season, after defeating Huddersfield 1-0 in Sunday’s Championship play-off final at Wembley.

It means Cooper, from Pontypridd, will be the first Welsh manager to operate at the top level in English football since Mark Hughes with Southampton in 2018.

Luckless Levi Colwill’s own goal settled football’s most lucrative match, with Forest standing to benefit to the tune of £170million through top-flight promotion.

21st September, 2021:
Nottingham Forest were bottom of the Championship.
Steve Cooper was appointed as head coach.

Cooper inherited a Forest side bottom of the table and winless after seven matches in September: at the end of an arduous route to promotion, the 42-year-old struggled to keep his emotions in check on assessing a journey complete.

“I’m so glad everybody at the club gets to do their job in the Premier League,” said Cooper.“There’s no doubt we deserve to be promoted, the football we played, the games we’ve won, the attitude we’ve given. Every time we’ve had an average game we’ve recovered.

“I knew it before I came but when I walked in the biggest thing that struck me is how proud people are of this football club.”

Cooper talked of nostalgia in running the rule over Forest’s top attributes. But now the men from the east midlands can forget about harking back to former glories, and start plotting new days of success ahead.

“It’s such a nostalgic, brilliant, massive club that everyone knows,” said Cooper.

“And I’m so delighted we can go to the Premier League and the supporters and everyone connected to the club can experience that. It’s been a brilliant season, the players have provided a fantastic attitude and culture, and the training ground is such a good laugh; there’s a real pride and togetherness.

“It’s been brilliant to be a part of it from day one. It takes a group of men to get off the canvas and fight back, and that’s what they’ve done. Everyone’s probably looked down their nose at them where they were.

“They’ve fought back, and in a really attractive way. The first objective was to get out of the relegation zone. And there were times I was thinking we’re not making much progress here, and maybe we won’t get into the top 10.

“Then as soon as you get into the top 10, you think ‘right, top 10 now’, then you start hoping for top six. It was April that really put us in there for the play-offs. And we never gave up, we just kept playing.”

Huddersfield were left to rue two penalty shouts that went against them. Harry Toffolo could have more frustrations with the officials ignoring his clash with Jack Colback.

Toffolo and Colback did have contact in the area, but the officials – via VAR – decided not to award a penalty. Colback was booked for diving in an obscure outcome.

Lewis O’Brien tangled with Max Lowe for the second penalty shout, but that was dismissed even more quickly than the first incident.

Huddersfield boss Carlos Corberan insisted his players felt both challenges should have resulted in penalties, but refused to hit out at the officials.

“I haven’t watched them yet; the players thought they were fouled and that they would have finished the moves,” said Corberan.

We tried until the end to achieve our dream, with the same effort and dignity we’ve shown all season. We gave our all to make our fans feel proud. Credit to our players for the incredible work throughout the season and to all of you for your amazing support. pic.twitter.com/Cnu0gOeZLw

“You have the VAR and the referee, and if they say there’s no foul what else can I say? I have to accept the decisions. When you have support of VAR the chance to make fair decisions increases.

“The only thing we didn’t do well enough in the first half was use well enough our counter-attacks. The pity that I have is that we were defending well enough; I wasn’t watching the team suffer in defence.

“Defending more than attacking, yes, but in our structure we weren’t conceding chances. The team was managing very well for me.

“I think if Levi (Colwill) doesn’t put the foot there it will be scored too. I don’t think it’s an easy action for him to defend better. These things happen in football.

“I have the feeling that I could work and prepare another one, two matches, straight away. If you said we could play again right now, I would prepare again.

“Now the club can start the process of preparing for next season because we know what division we will be in. And I hope we can build again on what we have achieved.”