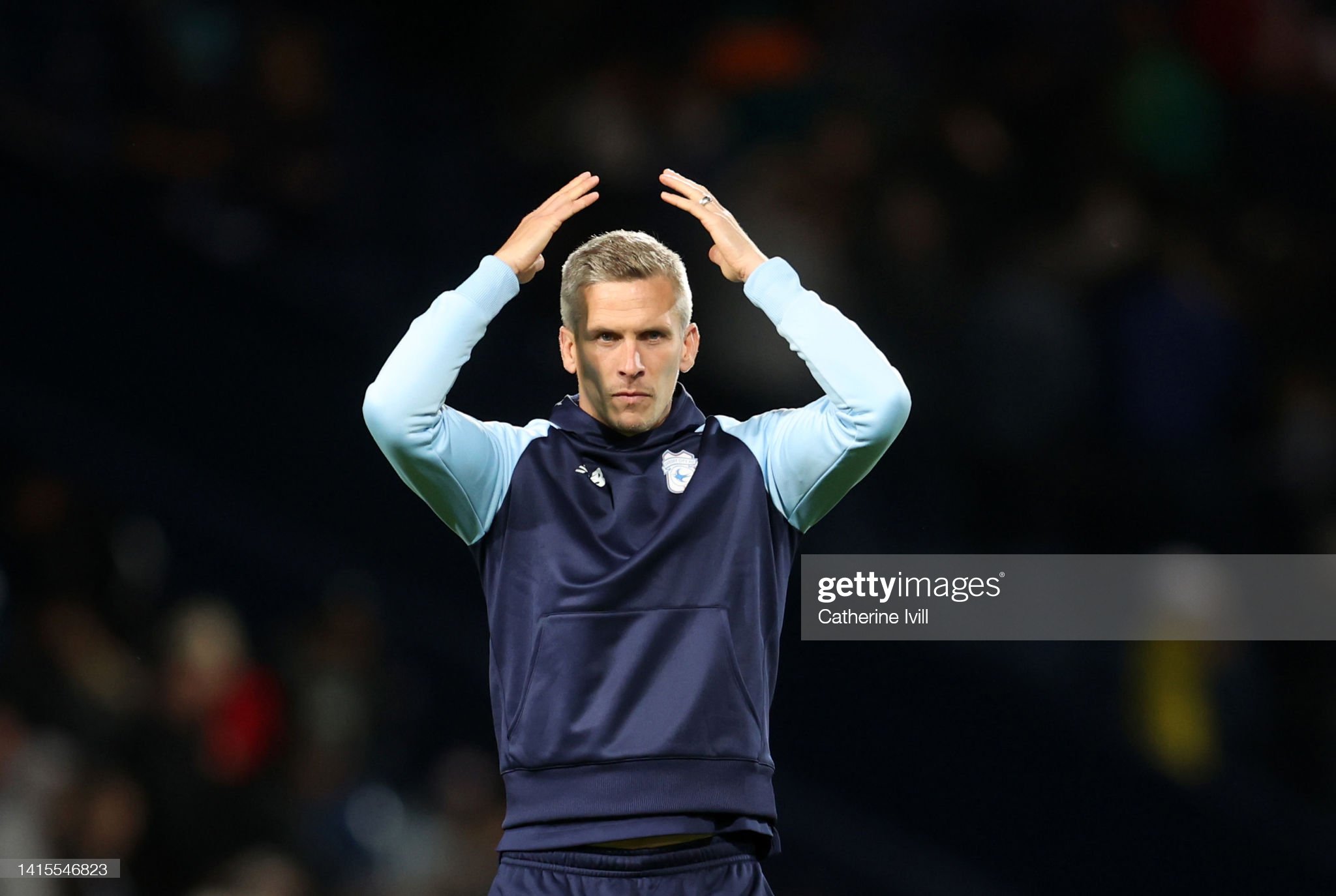 Steve Morison believes Cardiff City have “a swagger” that is helping build an impressive start to their Championship season.

The Bluebirds manager was happy with a 0-0 draw away to West Bromwich Albion on Wednesday night, a result that kept his new-look team inside the early play-off positions.

Despite a huge turnover of players in the summer – conducted on a shoestring budget – Morison’s team have lost just once in their opening four matches and have collected seven points.

“What pleased me the most was the lads played with confidence, belief, a swagger, with and without the ball,” said Morison.

“Our intensity was good, our attitude was good. I thought to a man everyone was excellent again. I thought a draw was a pretty fair result.

“To come away to West Brom and play the way we wanted to play and try the things we tried . . .  were we on the edge of our seats at times? Yes. I was, definitely.

“But, also, when we got it right it was a delight to watch. It’s a tough place to come.”

The result left Steve Bruce’s West Brom, fancied by many for a promotion push this season, in the relegation zone after four matches.

The Bluebirds, meanwhile, sit in the top six after putting together successive clean sheets.

Morison added: “It’s just a shame one of the chances we had from the edge of the box didn’t come off.

A deserved point at the end of a hard-fought 90 minutes. 💙

“But if anyone had said to me before the game we’d be leaving here with a point and a good performance, I’d be a happy man.”

Bruce admitted: “We’re short, but we still have two and a half weeks to go. We’ll see what becomes available.

“We didn’t play well enough, certainly at the front end of the pitch we didn’t have any real creativity.

“We made the wrong decisions. I couldn’t fault their effort, but that lack of quality or decision making was what disappointed me.”