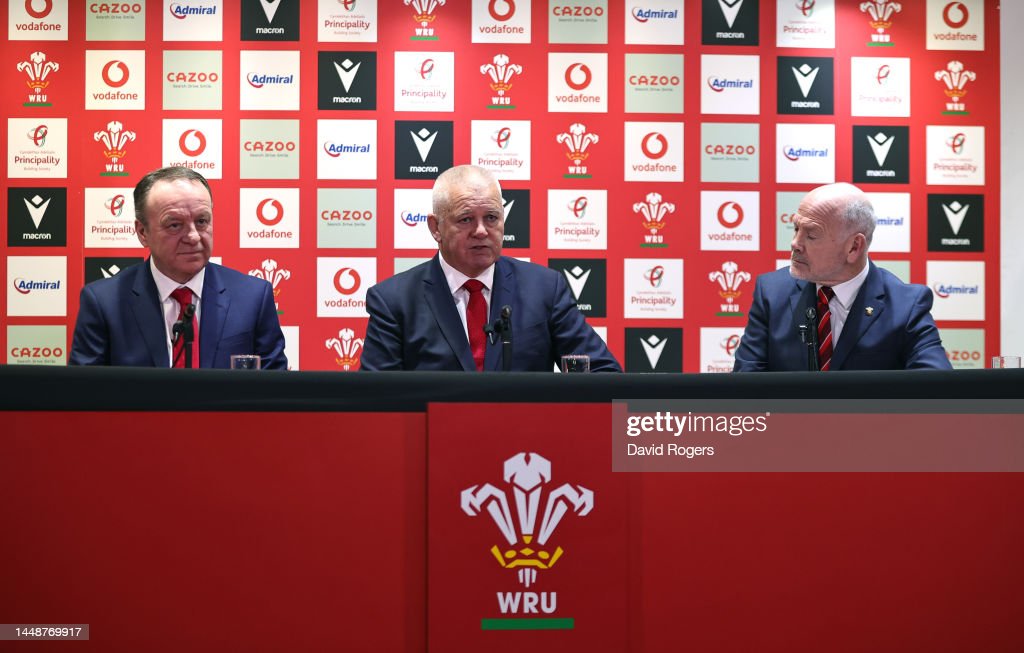 It was revealed last March that Charlotte Wathan had made a series of damning accusations against her old employers.

Among them was a claim a former colleague had joked about raping her.

In a BBC documentary, Wathan added she considered suicide as a result of a ‘toxic’ culture at the WRU in news which has rocked the game.

Amanda Blanc, the chief executive of Aviva and former chair of Welsh rugby’s professional board, had previously warned the WRU it had ‘deep-rooted’ problems which were a ‘ticking timebomb’.

Principality Building Society, sponsors of Wales’ national stadium in Cardiff and supporters of the Welsh grassroots game, described the allegations as ‘extremely concerning’.

Cardiff Rugby are distressed and appalled by allegations of discrimination and misogyny at the Welsh Rugby Union (WRU), revealed by a BBC Wales investigation, which broadcast on Monday evening (Jan 23). (1/6) pic.twitter.com/eb0JE1TU9l

“The allegations in the emerging BBC investigation are extremely concerning and we would expect the WRU to take the immediate and decisive action required to remove any discriminatory and bullying behaviours and to uphold the inclusive values we should all live by.”

A collective body representing the supporters of Wales’ four professional sides has called on WRU chairman Ieuan Evans to remove Phillips from his position.

Among a number of growing calls for action to be taken, the group has written to Evans directly.

“We are calling upon you as chair of the WRU to relieve Steve Phillips of his position immediately and instigate a full investigation into the culture in the organisation,” the letter reads.

The Joint Supporters Group also described Wathan’s comments as ‘distressing’ and called on the Welsh Government to launch an inquiry into the governance of the WRU.

The four Welsh regions – Dragons, Cardiff, Ospreys and Scarlets – have also all reiterated the importance of there being no place in rugby for misogyny in the wake of Wathan’s revelations.

The WRU has reiterated it is committed to equality, diversity and inclusion and says they investigated fully the claims made by Wathan and that proper procedures were followed.

WRU CEO Steve Phillips describing the culture of the WRU as "falling short" amid such disturbing allegations of sexism and misogyny is genuinely woeful. That's not "falling short". That's failure of the highest level. Unacceptable.

In a letter to clubs, Phillips said he was “shocked and appalled” by the sexism allegations and admitted the WRU’s culture was ‘not where it needed to be.

He added the WRU will re-examine its structures and ‘will listen and learn’ and ‘continue to work hard on ensuring Welsh rugby is a game for all with equality, diversity and inclusion at its heart.

Phillips said: “The WRU knows it has fallen short in presenting Welsh rugby to the world in the best light.

“We have fallen short of the high standards I expect. I cannot turn back the clock but I promise you we will start work on making necessary changes immediately.

“I will not lead an organisation which would walk past or excuse any of the behaviour described. I will not stand by and watch a culture which falls below the high standards we set.

“We will re-examine how we behave in all quarters of the WRU, we will never be complacent in this area, not on my watch.

“Much of the recent comment has been difficult to hear but I implore anyone, anywhere throughout the game who is affected by any of the issues raised to contact us immediately.

“I care deeply about this subject, the WRU cares deeply and we will act to change wherever we find fault, genuine complaint or grievance.

“We will do better.”