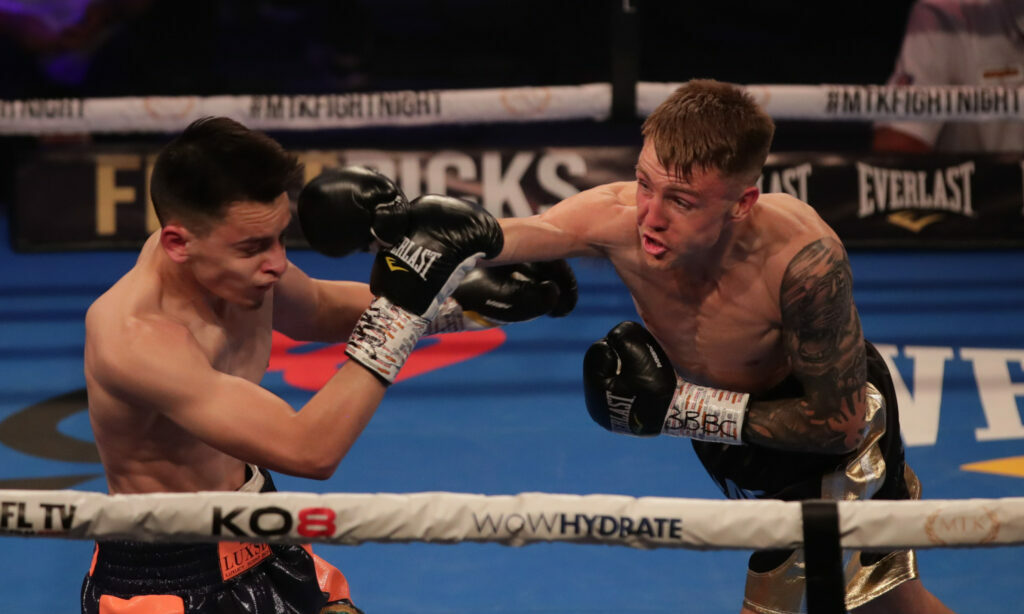 Swansea boxer Jay Harris is excited to start a new chapter in the light-flyweight division as he looks to get back into the world title mix by securing victory in Cardiff on Friday evening.

Harris, who challenged for the WBC world flyweight title in 2020, will take on unbeaten Mexican Hector Gabriel Flores for a WBA ranking title at the Vale Sports Arena.

“I’m really excited to be fighting back in Wales. I haven’t fought there since 2019 and I’m looking forward to a home crowd,” said Harris, who is a former Commonwealth and European champion.

“I’m taking a lot of fans up there from Swansea, and we’ve got another local Swansea lad on the bill in Ben Crocker, so I believe it will be rocking.

New division, same dream.@jayharris19 will make his light-flyweight debut next week and he’s still dreaming of claiming world honours down the line.

“I’m happy with this new challenge in this new weight division. I made 8 stone comfortably last time, so now I’m ready for this new chapter.

“My opponent Hector Flores is unbeaten with 18 wins and 4 draws, and I’ve seen a couple of videos of some of his fights.“I can’t see him being better than Julio Cesar Martinez and Ricardo Sandoval.

“I’ve fought those two and I believe they’re the two best Mexicans in the world at these lower weights. He’ll definitely be game and strong, but I’m ready for anything.”

The 31-year-old is delighted with how his training has gone and is craving another shot at a world title.

“I’ve trained and sparred hard, and I think the fans will be in for a treat,” added Harris, who is trained by his father Peter.

“I think he’ll come straight forward, so it should be explosive and there will be fireworks.

“It’s great to be fighting for a title straight away too.

“It gives you that extra buzz, and I can’t wait to add a WBA Intercontinental belt to my collection.

“The light-flyweight division is very competitive. I’ve had a look at all of the world champions and those challenging near the top, and I’m looking forward to competing with them.

“I’d be happy to jump straight into a world title shot after this fight. I’ll see what MTK Global think and if it comes around, but I’ll be more than ready.”Elsewhere on Friday’s bill, Gloucester’s Akeem Ennis Brown faces Daniel Alejandro Combi for the vacant WBC International super-lightweight title, Jacob Robinson takes on Angelo Dragone for the vacant Welsh Area featherweight title, plus some of the best Welsh talent will be on display with Rashid Omar, Ethan George, Miles Gordon, Kyran Jones, Ben Crocker and Mano Lee all in action.