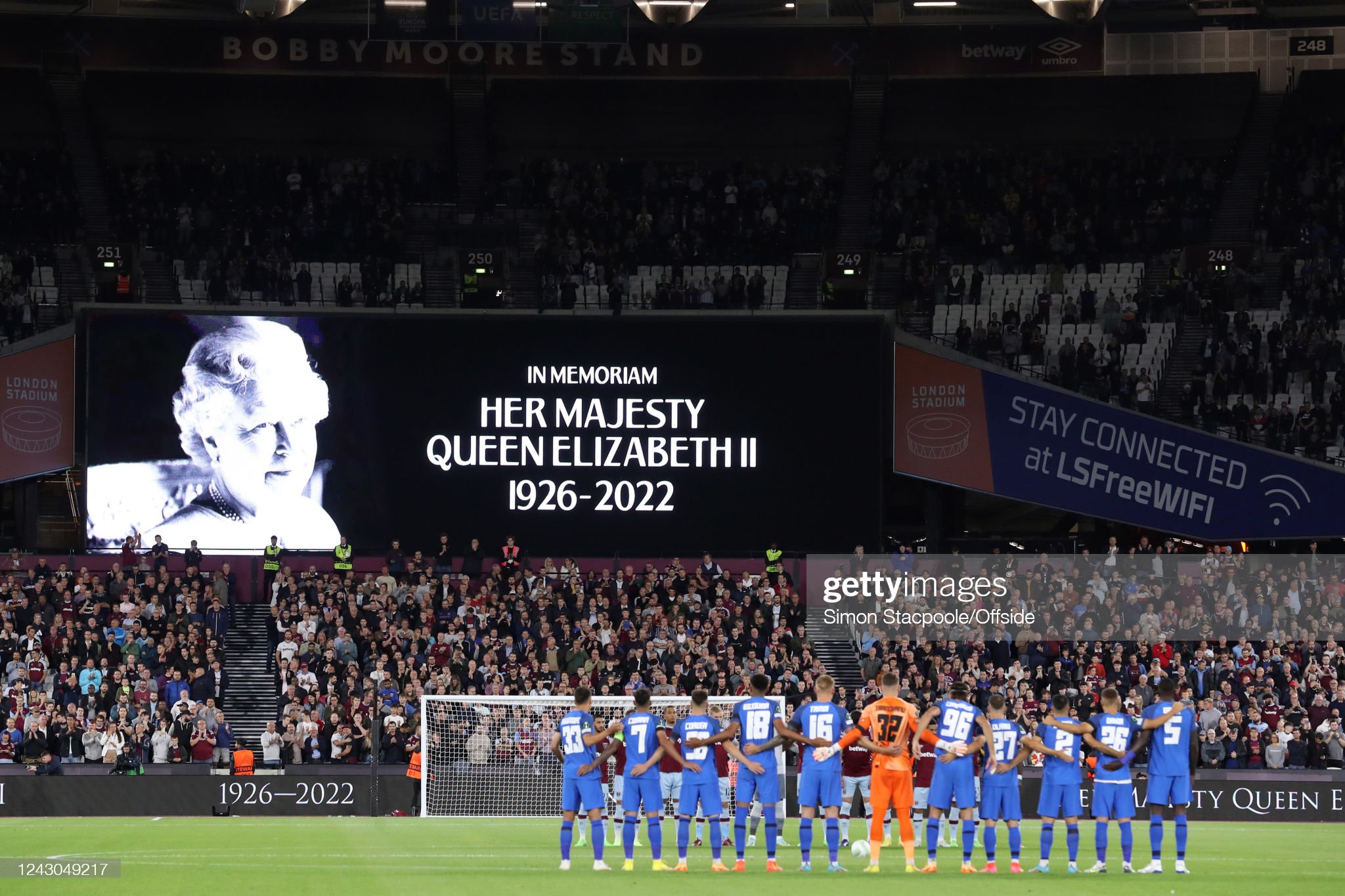 Swansea City and Cardiff City have cancelled their pre-match press conferences ahead of their planned fixtures on Saturday as clubs await a decision on whether this weekend’s games will go ahead following the death of Queen Elizabeth II.

Swans head coach Russell Martin was due to host a briefing on Friday morning before their fixture at Birmingham City, but the club announced late on Thursday evening it would not go ahead.

On Friday morning, Cardiff also called off their media plans.

The EFL games scheduled for this evening – Burnley v Norwich in the Championship and Tranmere v Stockport in League Two – have already been postponed.

And both the Premier League and the EFL are due to make updates on Friday morning about whether or not their programme of Saturday, Sunday and Monday matches will now go ahead.

Our Royal Patron for over 50yrs graced our national stadium many times. We thank The Queen for years of service on this profoundly sad day pic.twitter.com/UzPoz80agA

Cardiff City are due to host Hull City on Saturday in the Championship, while League Two Newport County are at Swindon Town.

The death of the Queen, 96, who was the nation’s longest-reigning monarch and served as head of state for more than 70 years, was announced by Buckingham Palace on Thursday.

It is understood it will be left to sports event organisers and governing bodies to decide how to proceed, and postponements will not be mandatory.

A meeting involving representatives from sports governing bodies and the UK government is scheduled for Friday morning.

The England and Wales Cricket Board announced that Friday’s play in the men’s third Test between England and South Africa at The Oval would not take place.

Play was suspended on the first day of the PGA Championship golf at Wentworth when news of the Queen’s death was announced, and the European Tour confirmed there would be no play on Friday.

The Tour of Britain, scheduled to finish on the Isle of Wight on Sunday, was cancelled and Friday’s Great North 5K went the same way, while the Scottish Rugby Union announced the suspension of all competitive domestic matches under its jurisdiction this weekend.

The Welsh Rugby Union has yet to decide on whether or not this weekend’s Indigo Premiership fixtures will go ahead, or a number of pre-season friendlies featuring the Welsh regions.

The WRU issued a statement on Thursday evening which read: “The Welsh Rugby Union sends the sincere and heartfelt condolences of all of Welsh rugby to the Royal Family on the occasion of the passing of Her Majesty Queen Elizabeth II.

“Her Majesty The Queen was Royal Patron of the WRU for over 50 years, until 2016 when the title was taken up by HRH Prince William, the Duke of Cambridge, and graced the home of Welsh rugby in Cardiff, visiting on many occasions.

“We thank The Queen for her years of service on this profoundly sad day.”

We are saddened to learn of the passing of Her Majesty Queen Elizabeth II, at the age of 96.

Our thoughts are with the Royal Family at this difficult time. pic.twitter.com/UyKixs4dY5

Manchester United’s home clash in the Europa League with Real Sociedad went ahead on Thursday night, with the club saying in a statement: “Following direction from the FA and UEFA, tonight’s UEFA Europa League fixture against Real Sociedad will take place as planned at Old Trafford.

“A minute’s silence will be held before kick-off which will allow the teams, match officials and everyone in attendance to pay their respects to Her Majesty, The Queen. Both teams will wear black armbands and the flags at Old Trafford will fly at half-mast as a sign of our utmost respect.”

There had been no pre-match music and the digital advertising hoardings were switched off following the news that arrived as turnstiles opened to the ground.