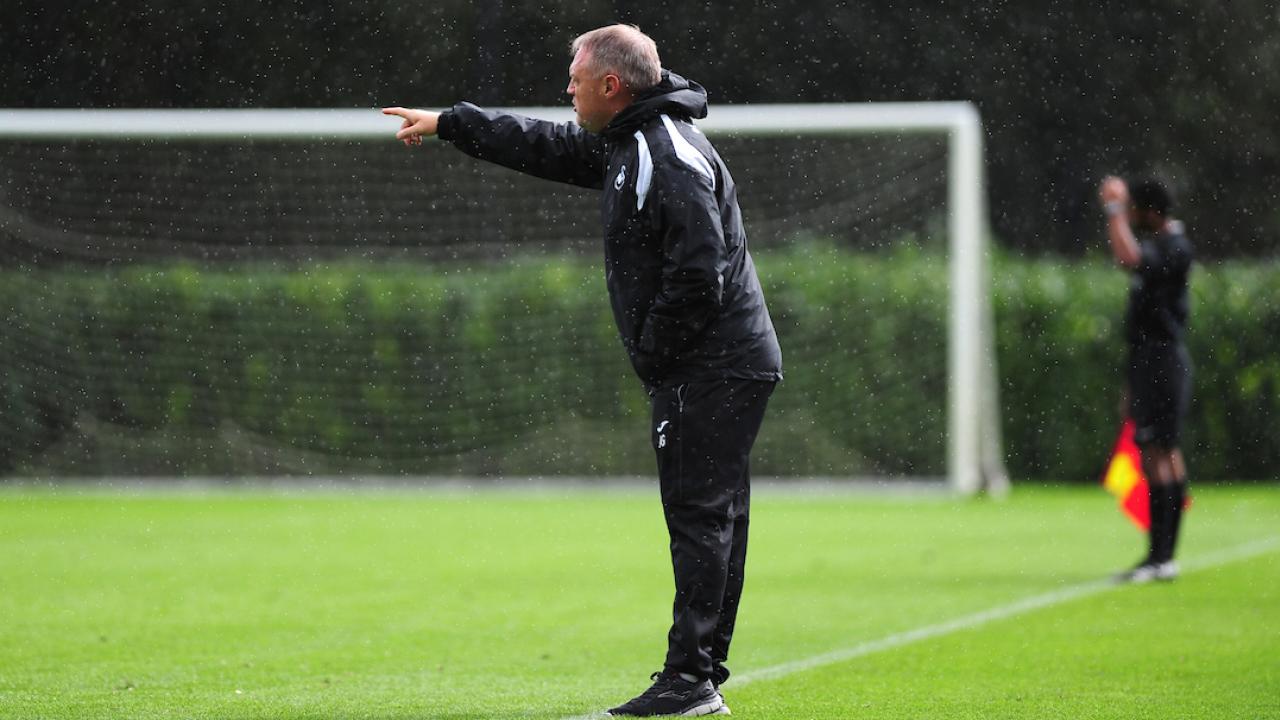 Jon Grey will have been impressed with his Swansea City U23s performance. Pic: Swansea City

The Swans powered into a three-goal lead by half-time and maintained their grip to win the Professional Development League clash.

Jon Grey, the Swansea Academy coach who was born and bred in the city, was happy with his team,  while Cardiff’s Steve Morison has plenty to work on.

Former Blackburn Rovers youth player Chanka Zimba made his Cardiff debut and scored their goal, while defender Oliver Denham, a Wales junior international signed from Manchester United, was among the substitutes.

Goalkeeper Day saved well from Jacob Jones just before the half hour and four minutes later Daniel Williams scored for the Swans from a free-kick.

Gothenburg-born Swedish international Peterson made it 2-0 after 41 minutes before Garrick added a third just before half-time.

Zimba, an English-born striker of Zambian descent, pulled a goal back for Cardiff when he netted after substitute Isaak Davies set up the chance.

Davies had been on the pitch for less than a minute when he created the opportunity for Zimba, who marked his debut with a goal.

Ali Al-Hamadi (72 mins) and Cameron Evans (78) then completed the Swansea tally and an emphatic victory for the home team.