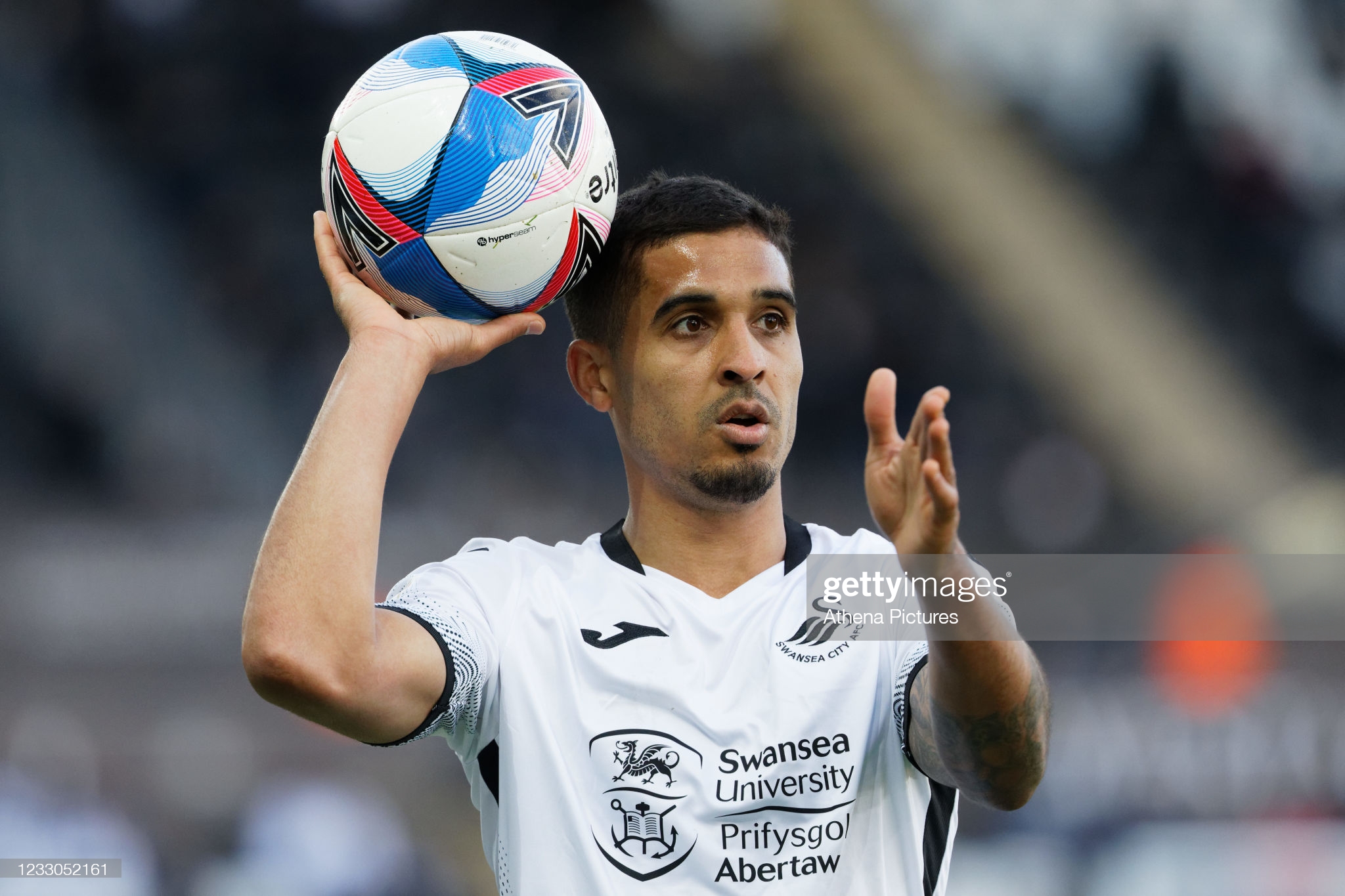 Kyle Naughton and Ryan Bennett are both in line for their Swansea City comebacks on Tuesday night after recovering from coronavirus.

The defenders have missed the three recent league matches against Sheffield United, Stoke City and Bristol City after contracting Covid-19, even though they were both fit to play in the season opener at Blackburn.

They were part of a large number of players in the Football League and Premier League who tested positive after the season had started – sparking a debate about just how many players at top clubs had declined to be vaccinated.

Cardiff City manager Mick McCarthy, Newcastle United’s Steve Bruce and Manchester United boss Ole Gunnar Solskjaer all revealed there were significant numbers of players at their clubs who remain unvaccinated, while anti-vax messages have been put out by athletes in other sports, including tennis and rugby union.

It is not known whether either Naughton or Bennett were vaccinated before they tested positive.

But both are now in contention for the Carabao Cup tie at home to Plymouth Argylle, having returned to training following their positive Covid tests and resulting periods of self-isolation.

Swansea head coach Russell Martin said: “Ryan Bennett and Kyle Naughton are back with us, which is really pleasing as they are two very experienced players for us and we have been without them for a couple of weeks now.

“We do have a few players who have played in every game so far, so it would be nice if we can maybe take the opportunity to give those guys a little rest because it has been such a busy schedule for us.”

The Swans host the Pilgrims at the Swansea.com Stadium on the back of a first league win of the season at Bristol City last Friday, and are already playing their sixth fixture in just 17 days at the start of Martin’s tenure as head coach.

“It has been a tough run of games, and it has been made tougher with some of the injuries and issues around Covid we have faced,” he said.

“Every game represents a chance for us to get a step closer to where we ultimately want to be, and every time we take the field it is going to be our aim to improve, to perform as very best we can and hopefully, as a result, win games.

“We are facing a good side who have enjoyed a good start to their season. That comes as no surprise to me having faced Plymouth in League One last season. Ryan Lowe is doing an excellent job there, and they will pose a test for us.

“They play a similar system to us, and they will look to play a similar way to us so it is going to be important that we look to dictate the game through our play with the ball.

“They have nothing to lose, they are the underdog as the team playing against a side in the division above and it’s important we recognise that and come with the right intensity and attitude to make sure we are ready to face that challenge.”

In bidding to reach the third round of the competition, the Swans will have to overcome a Plymouth side who have started the season well with three wins and a draw in their last four games.

They are currently eighth in League One but could rest a number of players after manager Ryan Lowe  admitted: “It will be a tough task but it’s not a main priority at the moment.

Our main priority is the league. We have done great to win the last game (at Peterborough) and get through.

“I don’t know how Swansea will be. Will they play a mixed team because their main objective is the Championship?

“I don’t want to disrespect the competition, we will still field a strong team, but I’m going to give lads who deserve some minutes a game.

“It’s important that we look after the lads who have been playing and are maybe a little bit more fatigues – Conor, Jordan – so we will have a little look at it.

“Maybe, there’s no harm in playing a couple of the young lads. As I have said before, they are not kids any more. They are with us because they deserve to be with us so I’m happy to play them if needed.

“It gives them an opportunity to go and play against a Championship team and go and pit your wits against them.”