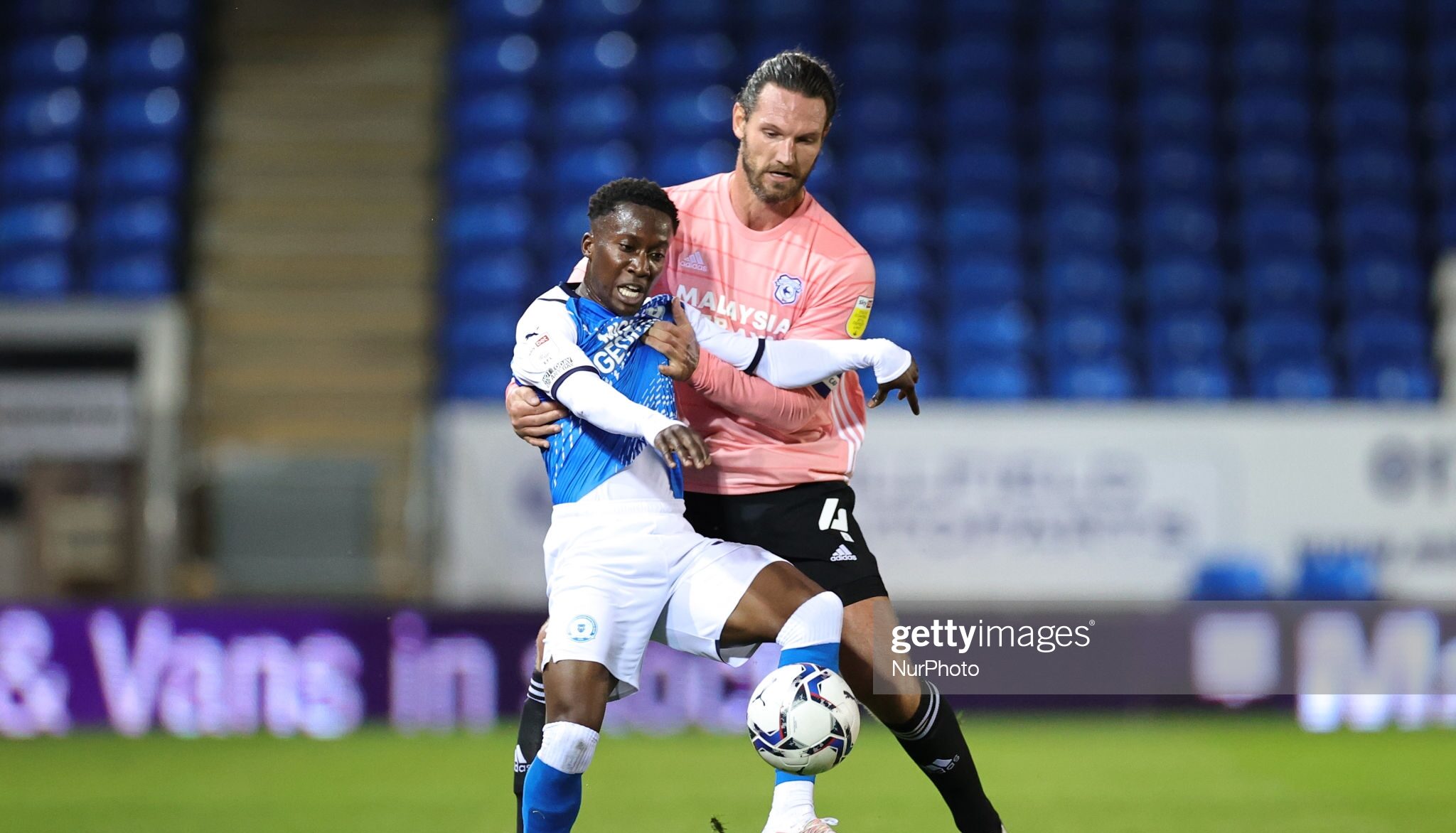 Cardiff City can’t stop scoring headers so far this season and they will be hoping the ariel threat of Aden Flint, Sean Morrison and Kieffer Moore will help them to victory over Premier League Brighton in the Carabao Cup on Tuesday.

Incredibly, all eight of Cardiff’s league goals this season have been headers.

This will not come as a surprise to the footballing community, as the Bluebirds top the most goals from set-piece’s leaderboard on an almost yearly basis.

Aden Flint is currently the top scorer in the Championship with four goals and his captain Sean Morrison joked he will score 40 this season if he continues at this rate.

“If someone else had scored, and it was Kieffer with four goals, it wouldn’t make any difference to this squad,” explained Morrison.

“We just all want to chip in and help with the end goal being promotion. That’s what we are striving for. However we do it doesn’t matter who gets the goals as long as we stick together.

“Our job first and foremost as a back four is to keep clean sheets, but if we can all chip in with around 15 goals this season we will be delighted.”

Morrison has been pleased with how Cardiff’s long throw has been working so far this season and says he enjoys being on the receiving end of them.

“There are four or five of us who have fairly long throws,” said Morrison, who has made a total of 280 appearances for Cardiff.

“I enjoy the battle in the middle when I have to fight of two or three opposing players to get a flick on.

“We saw how effective it was against Blackpool in particular.

“It was harder against Millwall because they have some lads at the back who are big and strong and good at attacking the ball.

“The amount of joy we can get from it if we get it right is huge.

“As a defender I know how hard it is to defend long throws.

“It is harder than corners and free kicks. It is incredibly difficult to try to good a good contact and to clear the box. When you’ve got myself, Aden and Kieffer all wrestling in the box with the opposing team it makes it extremely difficult for them.

“We would be silly not to utilise that as a massive weapon going forward for the rest of the season.”

Flint made a slow start to his Cardiff career and did not feature regularly under previous manager Neil Harris.

Morrison is delighted that is defensive partner has now made a big impression in a Cardiff shirt.

“It is never nice when a manager doesn’t pick you in the team.

“We’ve all had spells when you aren’t in the team or are on the bench.

“Aden has been in the game a long time and he never threw his toys out of the pram.

“He went out on loan to Sheffield Wednesday, started well and then got injured.

“His attitude when he came back and started working on his rehab was incredible.

“He worked his socks off every day. He has put in a lot of effort over the last year and I’m buzzing for him.”

Brighton boss Graham Potter isn’t expecting a warm welcome from the Cardiff fans when his side take on the Bluebirds tomorrow 😉 pic.twitter.com/tFH00aJpTa

Former Swansea boss, Graham Potter is now the manager of Brighton and he has revealed plans to rotate his squad ahead of the Seagull’s visit to South Wales.

“I am really excited to see some of our younger players in action.

The game itself is going to be really tough, but that’s what you want so you can see where they’re at.

It’ll be different in many ways to what they’re used to so it’s how they adapt.

“This game is an opportunity for those young players to take another step in their career by experiencing a tough game against Championship opposition, which is something a few of them won’t have done before.

“Cardiff will be everything you would expect from a Mick McCarthy team and they will want to win.

“It’s going to be a really good test.”