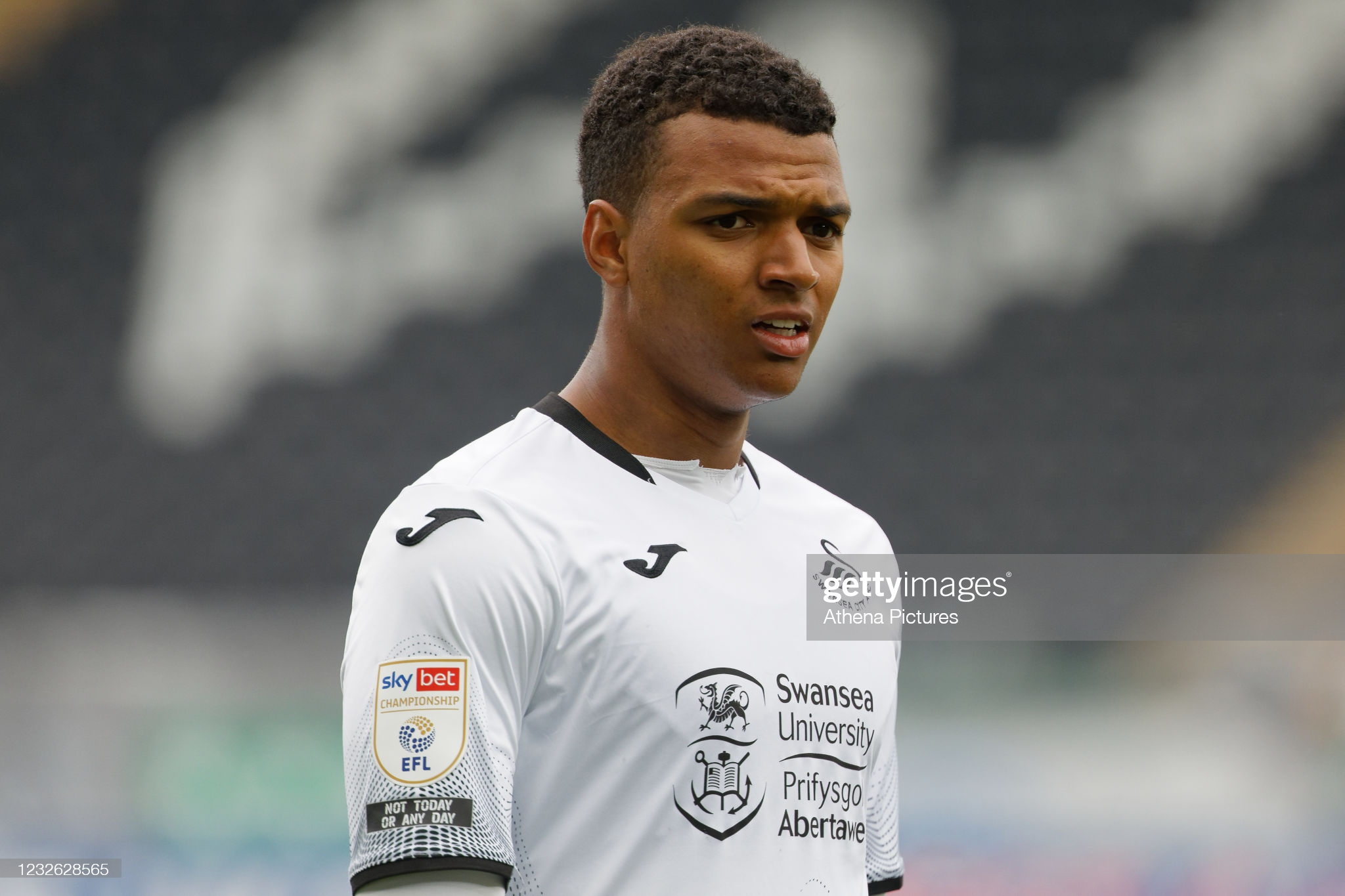 Swansea City are set to give Morgan Whittaker the chance to prove his worth at the club after valuing him at £3m.

Head coach Russell Martin has insisted the striker will be in his squad for Saturday’s game at Queen Park Rangers – a move that could rule out any January transfer elsewhere.

The 22-year-old spent the first half of the season in a successful loan spell at Plymouth Argyle where he scored nine goals in 31 appearances.

That form alerted a number of clubs to his potential and quickly led to Swansea recalling him before Rangers made a bid that was rejected.

But if Whittaker steps on the field at QPR then he will be tied to the Swans for the rest of the season as loan rules prevent a player from appearing for more than two clubs in one campaign.

“Morgan is in the squad tomorrow,” confirmed Martin.

“We’ve had bids for him and we’ve rejected them, so I think we need to draw a line under it, and Morgan is in agreement with that.

“He’ll be in the squad tomorrow.

“We’ve had bids, we’ve rejected bids, they’re quite a way from the club’s valuation of Morgan.”

Rangers manager Michael Beale has suggested the Glasgow club are keen to sign Whittaker, but unless a deal is agreed on Saturday morning, then Whittaker may become off limits for a move to Scotland.

Beale said: “There is not a stand-off, but we are doing the business in private and obviously in south Wales they have spoken out about it.

“We don’t want to add to that because the boy has gone back there from a loan and could be in there squad this weekend.

“If he is in their squad then he is their player. Nothing will be announced before our game. Our focus is the next game.”

Rangers boss, Michael Beale isn’t giving anything away when it comes to transfers 😅 pic.twitter.com/9kgZVlqbLH

The Swans paid Derby County a fee in the region of £700,000 for the services of the versatile forward in January 2021, although he has been unable to become a first-team regular under the current coaching regime.

Following a loan spell with Lincoln City last season, Whittaker spent the first half of the 2022/23 campaign with Plymouth Argyle.

He netted nine goals and registered seven assists for the League One leaders before being recalled by Swansea in early January.

Martin also confirmed captain Matt Grimes is fit after taking a knock in the FA Cup defeat to Bristol City, while Liam Walsh is set to get some game time under his belt with the under-21s shortly.

“Grimes took a whack the other day [against Bristol] and was down for a few minutes,” he added.

“I think we all held our breath because he doesn’t go down often, but he’s fine.”