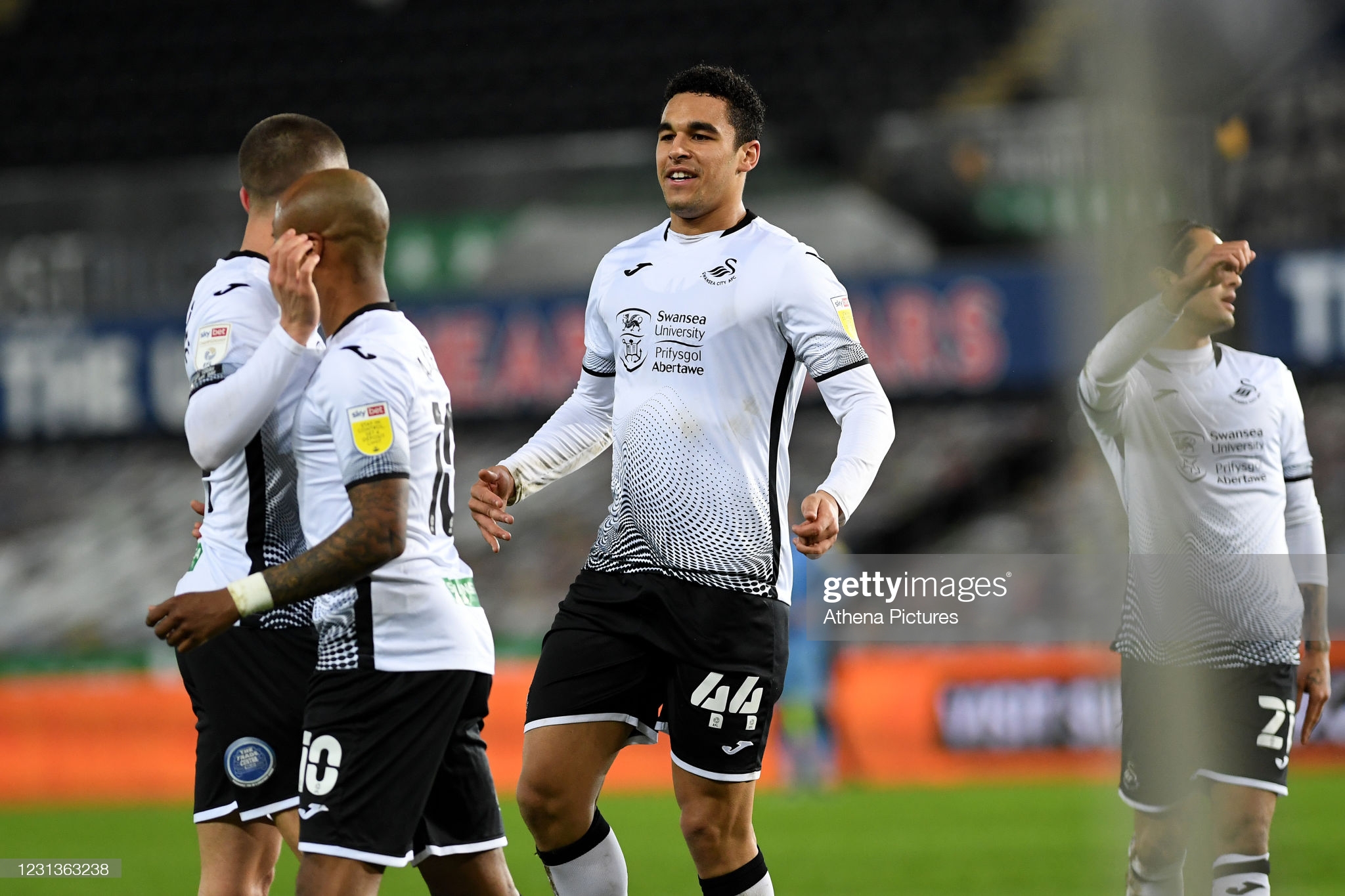 A “throwback” defender who looks good for the future.

Gareth Bale, Daniel James, Kieffer Moore – it’s a been a good week or so for players potentially crucial to Wales’ chances at this summer’s Euro finals.

But last night at the Liberty Stadium, one of the less talked about candidates for a place in the re-arranged tournament continued to prosper.

Ben Cabango’s ability to enhance Swansea City at both ends of the pitch again came to the fore as the centre back headed in his fourth goal of the season from Connor Hourihane’s corner, ensuring his side bounced back from Saturday’s Huddersfield debacle with a 1-0 win over Coventry.

The 20-year-old – and perspective should remind us he is only that – came on as a half time substitute at the John Smith’s Stadium but was reinstalled to the starting XI last night.

He then coped comfortably with the physical threat posed by away strikers Tyler Walker and Maxime Biamou, and then substitute Viktor Gyokores, who never looked like scoring against the club he was loaned to earlier in the season.

Cabango’s decisive goal nine minutes into the second half left his manager praising his willingness to put his head where others won’t.

“It was a good header from him that we’ve seen more than once this season. It just came down to the delivery and the desire from Benny to head it in.”

“Quite rightly, you’ll will write about the goal but he played really well tonight and he’s having a really good season for us.

“They are a handful the Coventry strikers. You see what they’ve done to the other teams with the level of players they’ve got and their physicality.”

With Ryan Bennett set to be ruled out in the short term with a calf strain, Cabango is likely to start the upcoming games against Bristol City at home this weekend and then Stoke away the following Wednesday. It’s not a change that will hinder Swansea.

Cabango continues to cement a reputation as a defender who can mix solidarity with a willingness to create from the back, capable of the odd crucial goal to boot.

By Cooper and his club, he’s already viewed as a player who can be depended on regularly.

He may only have two international caps to his name so far, but it may not be long before his country views in him that way, too.