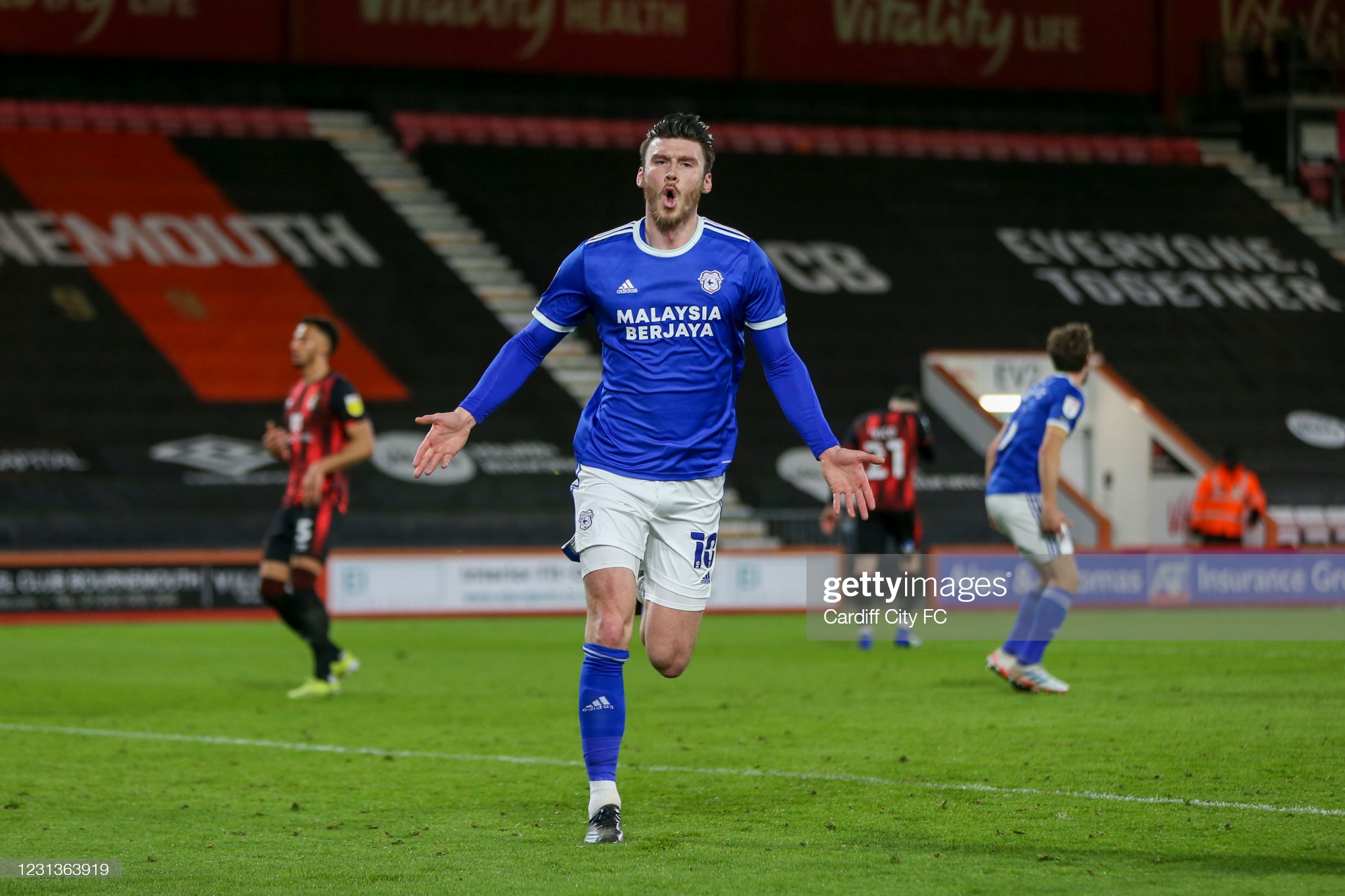 Mick McCarthy admitted he could only have hoped for a play-offs spot as Cardiff City made it six wins on the trot as a 2-1 victory at Bournemouth saw they leapfrog their rivals into sixth.

And though Shane Long punished a City mistake to net and set up a nervy final 20 minutes, McCarthy’s men held on to make it six wins on the trot.

“We were never under any pressure to get in the top six,” said McCarthy.

“That might have been said when I come in, but to target the top six? Come on, do me a favour. Twenty points from eight games. Did I think we were going to get that? No. Did anybody at the hierarchy of the club? No. Everybody hoped for it.

From almost down and out to the play-offs inside five weeks! Incredible even by @CardiffCityFC standards. Six wins on the trot, five goals for every one conceded. And to think some of us were less than enthusiastic over Mick McCarthy taking charge. Oh we of little faith.

McCarthy added: “I’m not that stupid to say I expected it, because we weren’t. So there was no pressure.

“Actually, the pressure was on not falling out the bottom of the league. If we lost in Bristol we would have been in trouble.

“But we didn’t and we’ve won on the back of it since and we are in the top six and the pressure is to stay there and everyone will be pecking at us.

“But I’m not getting carried away. It’s a lovely position to be in. I thoroughly enjoy every single game.”

City were 13 points adrift of sixth place when McCarthy was appointed as successor to Neil Harris last month – to less than universal approval.

But the transformation under the 62-year-old and his long-time assistant Terry Connor has been sensational as City made it four straight away league wins.

That’s 20 points City have taken from their six games under the veteran manager whose deal is due to expire in the summer.

Morrison gave City the lead with a powerful header from a corner from Bournemouth old boy Harry Wilson.

Moore double the lead, calmly converting from 12 yards after right-back Perry Ng – proving a massive signing by Harris just days before he as sacked – was clumsily challenged by Diego Rico.

Moore’s strike was his 15th since his £2million bargain buy from Wigan – and add to two for Wales is good news for the national team’s Euro hopes in the summer.

On loan Long headed his side back into the game having come on a sub after Marlon Pack had given away possession well into the Bournemouth half.

But City saw out another win which sets up them for Saturday’s trip to former manager Neil Warnock’s Middlesbrough, another test against a promotion rival.

City are proving ‘horrible’ to play against at the moment as Willvaulks said and McCarthy, for one, is delighted.

“Well, if anyone ever says one of my teams is nice to play against, I would be so annoyed and insulted,” he added.

“The best teams are horrible to play against, for whatever reason.

“Manchester City are horrible to play against because the press and keep the ball and run right over the top of you.

“Liverpool last year ran over the top of teams. Manchester United in their pomp, they might not have had the best players, but they ran over teams.

“They work harder than everybody else as well. It’s strange, isn’t it?

“So, if anyone comes off and says, ‘Oh, that was a really nice game, you’re really pleasant to play against’, well I might be packing it in and playing golf somewhere else.