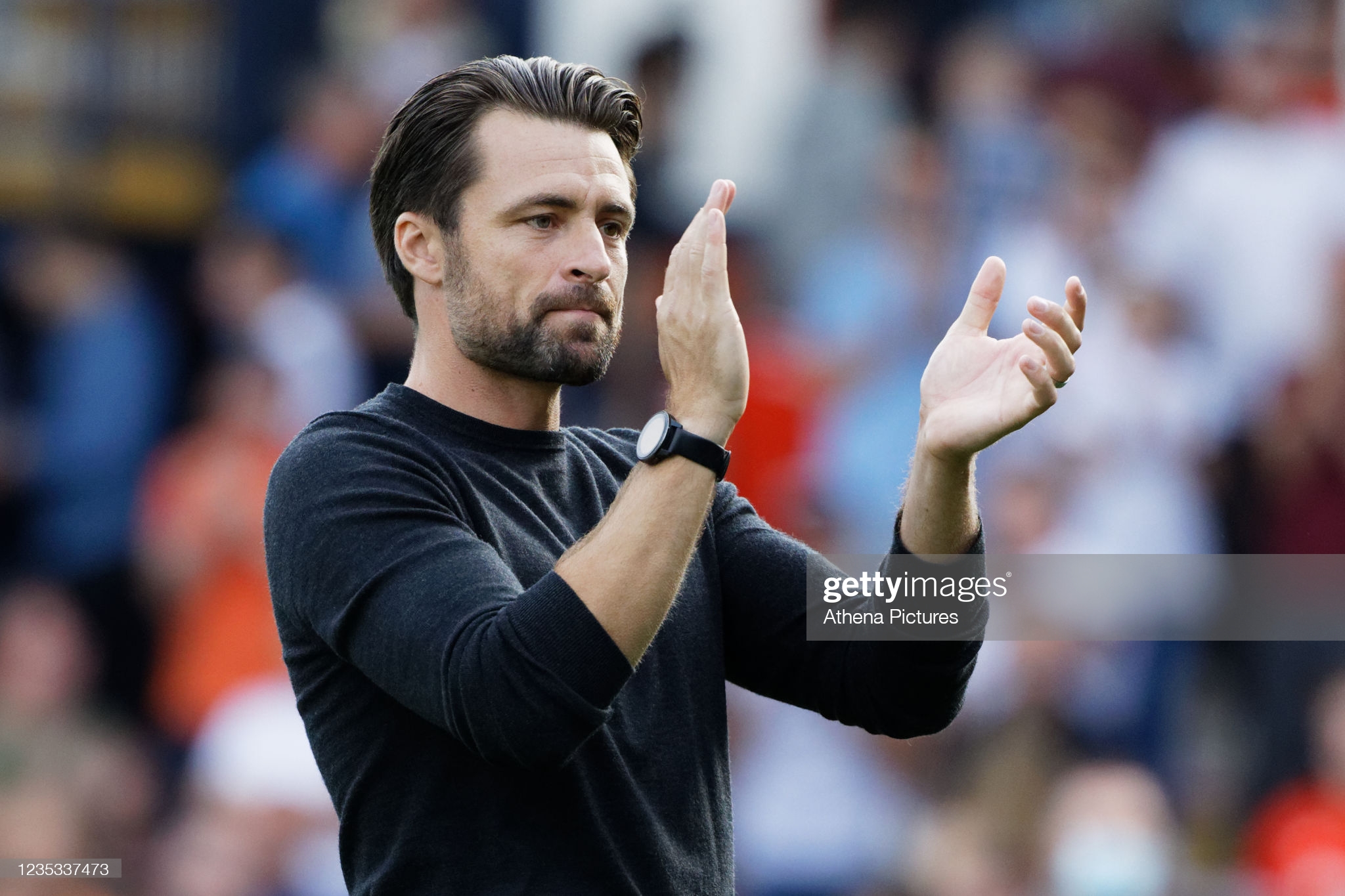 Russell Martin insists Swansea City can use their astonishing rescue act at Luton Town as a springboard to take them up the Championship table.

The Swans head coach heaped praise on his players for the manner in which they came back from 3-0 down at half-time to earn a point in their 3-3 draw.

It still leaves the club just above the relegation zone on goal difference, but Martin insists the recovery suggests improvements are on the way if they can keep their best players on the field.

“We had our best players on the pitch, and that’s something we’ve not been able to do because of covid, pre-season injuries and fitness,” said Martin.

“Olivier Ntcham couldn’t do three games from the start because he’s not done a pre-season, Ben Cabango was completely wiped out from Wednesday and his covid bout, Flynn Downes the same – that’s why he came off – and Joel Piroe is getting up to speed in the Championship, so that’s why we’ve had to make these changes.

“That’s why I am consistent in what I say in the media. I believe in the players so much that when we keep these guys on the pitch then we will be more than competitive, and I’m so grateful.

“It shows the guys have character, togetherness and believe in what we’re doing.”

Thoughts on this incident in the dramatic Championship clash between Luton Town and Swansea City? 🤯pic.twitter.com/DAz3BrZYYX

Martin had seen Luke Berry and Elijah Adebayo’s double put the Hatters in ascendancy at the break, before Jamie Paterson and Ntcham made it 3-2, with Piroe netting a stoppage-time leveller.

“We spoke about Luton’s threat, the aggression they come out with, being able to cope with that, we didn’t cope with it at all.

“It is what it is, but the second half, incredible. I’m so grateful to the guys, so proud of them.

“The guys who came on had a big impact and the guys who were already on the pitch and feeling the pain, that took some real courage to dig in and to play that way.

“We were outstanding and we should have won it with that chance at the end.

“It was attack versus defence second half, the players took the responsibility, they showed how much they believe in each other and we had our best players on the pitch.

“The fans were incredible, even when we were 3-0 down they could sense just after half time, they really energised the team and they deserve the second half.

“They definitely didn’t deserve the first half, so I’m pleased we could do that for them.”

“We are so invested in the club. We have all moved our families here. It’s a big change in our lives that you can’t take for granted. We are here because we want to be here for a very long time, because it feels the right place for us.

“We need to get it going, I know that. The guys have been excellent in the last two games. Today was a bit different, not where I want to be every week, but hopefully this will be the spark that lights the fire.”

Luton had dominated the opening 45 minutes, Berry scoring a wonderful flying volley on seven minutes, before Harry Cornick was clipped in the area by Kyle Naughton eight minutes later and Adebayo dispatched the spot-kick.

The Town striker then tapped home after a superb move involving Kal Naismith and James Bree, before missing a one-on-one with half an hour gone.

After the break, Cornick hit the post when clean through as the Swans mounted a comeback with Paterson and Ntcham firing past Simon Sluga from outside the box, both via a deflection.

Then in stoppage time, Piroe completed the comeback.

Luton boss Nathan Jones said: “We were frustrated we were only three up at half time, we should have been out of sight.

“Elijah’s gone through at three nil, Harry Cornick hits the post when clean in and the game should have been put to bed.

“But when you don’t do that it gives you hope and then they’ve come into it and got three goals and that’s really disappointing.

“We looked dead on our feet, we’ve had two big away journeys and I haven’t been able to make a load of changes.

“We’ve had no benefit whatsoever of having two away journeys as when we come back to play here, we haven’t been able to do any work and that’s tough.

“Today I thought for an hour we were excellent, the first half was as good a defensive pressing performance as you’ll see.

“We could have had far more than we did and that’s the only thing, but we didn’t think we’d need more than three to win a game.”