Vicky Thornley is on course for a shot at another Olympic medal and is desperate to break the sequence of agonizing fourth place finishes for Team GB. The Welsh rower became just the third British female single sculler to reach an Olympic final – and the first for 25 years – after finishing second in her semi-final. Now, Thornley – who won a silver medal in the women’s double sculls with Dame Katherine Grainger at the Rio Games in 2016 - has her sights on a first ever British medal in women’s single sculls in the final on Friday morning.

By Paul Jones Welsh judo star Natalie Powell suffered Second Round heartbreak in her quest to claim a first Olympic medal in Tokyo. The Builth Wells athlete who has previously been a World, European and Commonwealth medalist received a bye in the opening round of the -78kg competition and faced a wait to find out her Second Round opponent. Korea’s World No.23 Hyunji Yoon defeated USA’s Nefeli Papadakis on the day for the right to face Powell for a place in the last 16.

From Christian Malcolm To Chris Jones...A Look at the Welsh Coaches At The Tokyo Olympics

By Owen Morgan Jake Heyward and Joe Brier aren’t the only Welshmen hoping to make an impact when the athletics programme begins at the Tokyo Olympics this Friday. Swansea Harrier Brier is part of the Great Britain 4x400 squad in Japan, while Cardiff’s Heyward will be lining up in the 1500m. But there is an even greater Welsh contingent playing its part off the track in the Far East by making up half of the 12 lead coaches supporting GB’s athletics team.

Alys Thomas delivered her fastest time of the year to place seventh in a rapid women’s 200m butterfly Olympic final in Tokyo. The Swim Wales and Swansea Aquatics competitor, making her Olympic debut aged 30, moved things on from her semi-final efforts in emphatic style, knocking more than a second off that time in a contest that saw China’s Zhang Yufei break the Games record to take gold. While the 2018 Commonwealth Games champion did not finish on the podium, there was still plenty of positives for Thomas to reflect on at the Tokyo Aquatics Centre.

By Alex Bywater  Jonny Bairstow signed off from Welsh Fire duty with a second match-winning knock and his team-mates are confident they can cope without the England star. Fire’s men’s captain Bairstow struck a superb 72 from just 39 balls to help his team to an 18-run win over Southern Brave which means the Welsh side now have back-to-back victories. But they will now have to do without Bairstow for the rest of The Hundred as he has now left to be part of England’s Test squad for their series with India.

By Paul Jones Cardiff City welcomed fans back for the first time in nearly 18 months yesterday but with a 4-0 defeat to Southampton and issues with the new digital ticketing system, the club will be hoping for improvements both on and off the pitch. With the new season fast approaching in just 10 days time, the Bluebirds will be looking for clarity from the Welsh Government about whether they can welcome back a full crowd or not for their opening Championship fixture at home to Barnsley. Due to the uncertain nature of how many fans will be allowed into the ground, Cardiff have been forced to put in place a digital ticket system where fans had to scan their mobile tickets on a device in order to gain access.

By Paul Jones Welsh boxing star Lauren Price dominated her first bout at the Tokyo Olympics on Wednesday and said she was 'massively' inspired by her friend Lauren Williams’ performance in taekwondo.  Price who was born in Newport but grew up in Caerphilly is a hot favourite to win gold.  The southpaw was effective with a flurry of shots to Mongolian Myagmarjargal Munkhbat, getting a solid left cross to her opponent's head in the first round.

Welsh rower Tom Barras battled to a superb and unexpected Olympic silver medal in Tokyo in the quadruple sculls. Barras – who opted for Welsh qualification while at university in Cardiff – helped Great Britain finally win a medal on the rowing waters on day five of the Games. Harry Leask, Angus Groom, Barras and Jack Beaumont were unfancied in the difficult lane one but they overcame the odds to finish in the podium spots.

Welsh Swimming's 109-Year Wait For Olympic Gold Is Over . . . Thanks To Matt Richards And Calum Jarvis

Matt Richards and Calum Jarvis have ended Welsh swimming’s long 109-year wait for Olympic gold medals with a magnificent victory in the 4x200m freestyle relay in Tokyo. The Welsh pair were part of a dominant Great Britain squad that struck gold, ahead of the Russian Olympic Committee in second and Australia, who took the bronze. The British quartet won in six minutes 58.58 seconds - an emphatic 3.23secs clear of the Russians and only fractionally outside the world record by three hundredths of a second.

Pace-setting Michael Beynon will say a big thank you to his team on Sunday – if he’s got the breath left in him. The 25-year-old from Ammanford will become the first person from Wales with Down’s Syndrome to run the London Marathon when the race goes virtual for the first... Read More
2/10/2020Graham ThomasNo commentsDai Ath, Dai Para, Dai Xtra, Features

Dewi Griffiths smashed his 5k personal best in a lightning-fast elite men's race at the Podium 5K event on Saturday evening. Cambridge and Coleridge athlete Marc Scott finished first in a new British record time of 13:20 at the event in Barrowford, Lancashire, a mark which was just outside the... Read More
9/8/2020EditorNo commentsDai Ath, Dai Games

The Olympic Games has gone – for this year, at least – and athletes all over the world are having to adjust to a new reality. The target they had set themselves, often years ago, has shifted. But as Natasha Cockram tells Owen Morgan, the only thing to do is... Read More
26/3/2020Editor1 commentDai Ath, Dai Games, Dai Xtra, Features

Dewi Griffiths Finds Balanced Approach As He Hits The Road Towards London . . . Then Tokyo

Dewi Griffiths was the coming man in 2017 as he produced a stunning world class marathon time in his first attempt at the distance. Then, the problems started. But now, as he tells Owen Morgan, Wales’ leading distance runner is on the way back. Welsh marathon champion Dewi Griffiths is... Read More
20/1/2020Editor1 commentDai Ath, Dai Games, Dai Xtra, Features 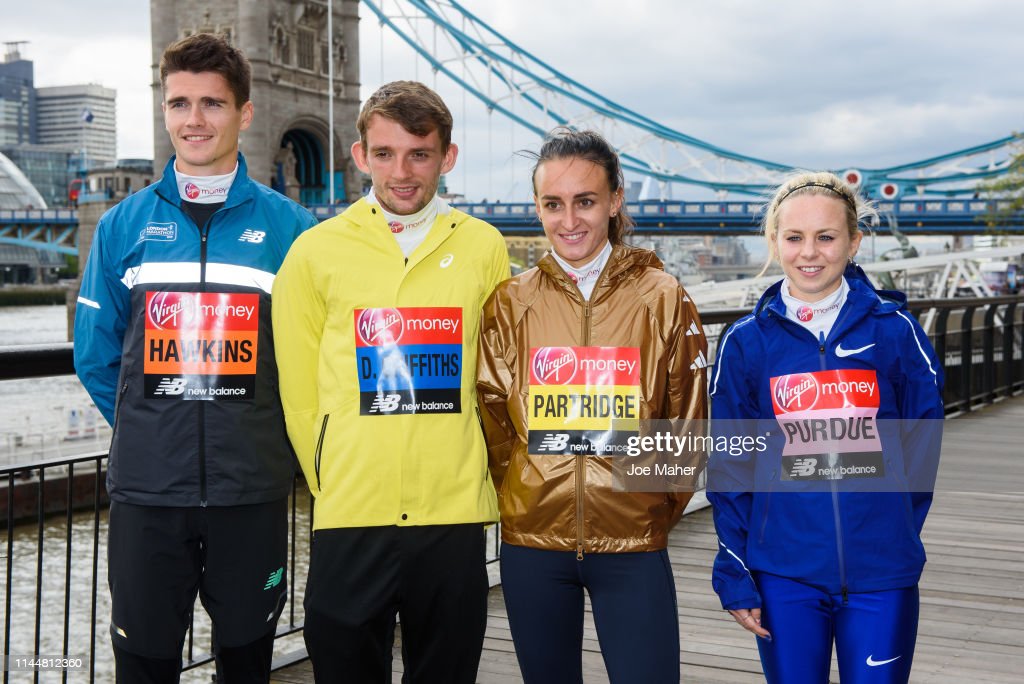 Three Welshmen, One Welsh Woman . . . And 26 Miles Of London Road

The Virgin Money London Marathon course is undoubtedly a long and testing one, but the road to reach the start line as an elite runner is immeasurable by comparison. Four Welsh athletes are due to take their places amongst the cream of global distance running at the head of this... Read More
26/4/2019Graham ThomasNo commentsDai Ath, Dai Xtra, Features
Load More