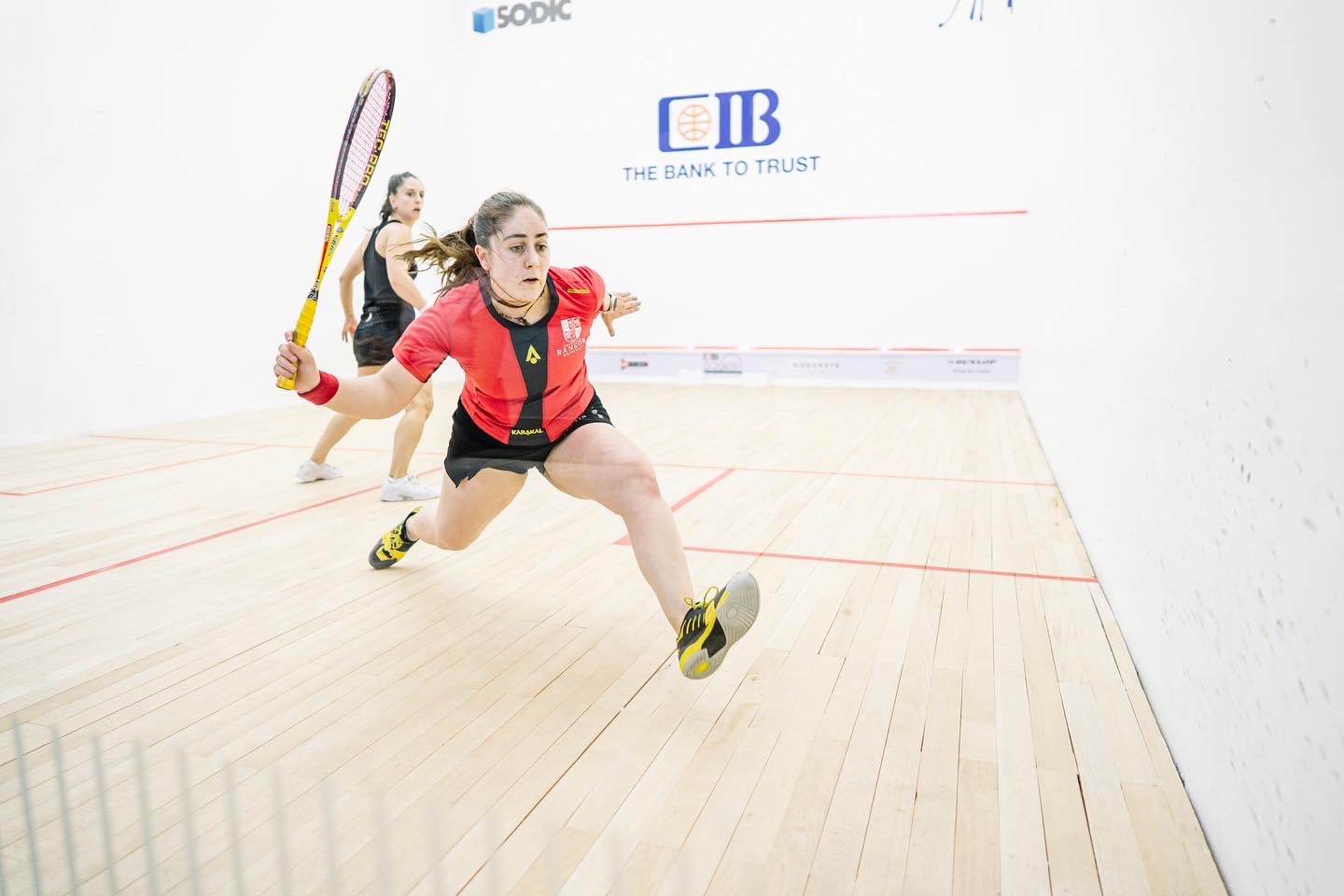 Tesni Evans faces the biggest task in women’s squash on Tuesday night when takes on world No.1 Nouran Gohar at the World Championships.

Welsh No.1 Evans – who is seeded 13 at the tournament in Cairo – has shown good form so far in overcoming Poland’s Karina Tyma and Coline Aumard of France in reaching the last 16.

But she will have to produce the form of her life to unseat Gohar in front of her home Egyptian fans at the Club S Allegria.

Nicknamed “The Terminator”, Gohar took over the World No.1 spot in July 2020.

This year already she has won the Cincinnati Gaynor Cup, The Windy City Open, the CIB Black Ball Open and the JP Morgan Tournament of Champions, although she did lose in the final of the Allam British Open to world No.3 Hania El Hammamy.

🗣 “It’s the toughest tournament of the year in terms of length, pressure, title, in terms of everything! I’m just trying not to think about the whole thing”

🌍 No.1 @NouranGohar is trying to keep distractions to a minimum as continues her excellent start to the @PSAWorldChamps

She is also yet to win a world championship title after finishing runner-up last year and taking the bronze two years ago.

Cardiff-born Evans will hope to be inspired by playing on the new glass court at the Egyptian National Museum of Civilization.

Having recently slipped out of the world’s top 10 to No.15, Evans showed glimpses of her best form when she overcame Aumard, although her opponent was forced to retire from their match after the second game due to injury.

Afterwards, Evans said: ““It’s obviously disappointing to go through like that, especially against a friend.

A brace of victories over Karina Tyma and Coline Aumard gives #Karakal‘s Tesni Evans a shot at top seed and World No.1 Nouran Gohar at the @PSAWorldTour World #Squash Championships in Cairo tomorrow.

“Coline is struggling with her knee and I hope she can come back and play Mauritius. That wasn’t the way I wanted to win, she played really well in the first game, she took the game to me and made it tough.

“I really had to dig in the win that game and obviously after that, she was really struggling to move which was sad to see.

“I’ve heard so much about the museum and the glass court being there, it’s been bigged up for a while and a lot of people are talking about it. It’s going to be amazing and so nice to play somewhere different. I’m looking forward to it.”