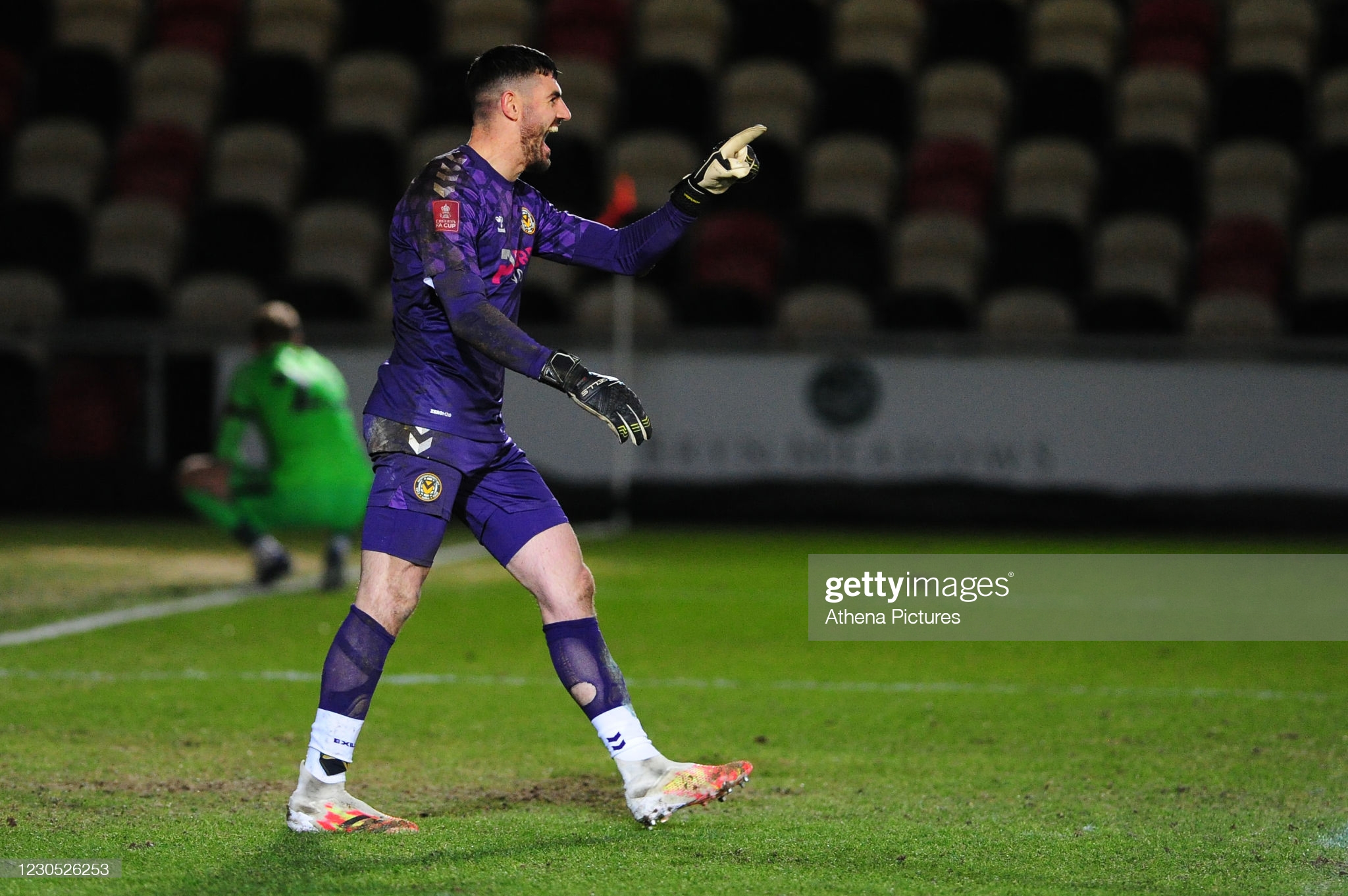 Newport County goalkeeper Tom King could be about to enter football’s record books after his incredible goal at Cheltenham.

King scored directly from a goal-kick in the 1-1 draw at the Jonny-Rocks Stadium on Tuesday night – an estimated 95-metre yard effort that could smash the current record held by Asmir Begovic.

Newport’s 25-year-old Wales squad keeper stunned the home side with his mighty effort that bounced once and then – wind-assisted – flew over the head of opposite number Josh Griffiths.

It was not enough to win the game as King’s 12th minute effort was cancelled out by Cheltenham’s Matty Blair, but the point keeps County just a point behind League Two leaders Cambridge with two games in hand.

Begovic was honoured for a 91.9metre effort in Stoke City’s Premier League clash against Southampton in 2013.

The Bosnian was outside of his six-yard box – so King could be in luck depending on the dimensions at Cheltenham which are officially listed as a pitch length of 101m.

Newport County goalkeeper Tom King scored directly from his own enormous goal kick this evening to help his side draw with Cheltenham Town! pic.twitter.com/lEOz4VSi2i

King said: “I am quite good friends with Asmir so I might just get my tape measure out!

“I was a trainee at Porstmouth when he was the first team goalkeeper and I made the connection through a friend of mine because we used to wear the same gloves. He will be laughing and joking, I am sure.

“The lads were asking why I didn’t celebrate, but it’s the goalkeepers’ union and I even apologised to him after the game. I said sorry and if it was the other way around I’d like to think that he’d say sorry to me!

“The wind was very swirly but the bounce was unbelievably lucky – I nearly had one against me when we played Morecambe at home last year, when I only just managed to dig it out. I know what it’s like to be on the receiving end.

“It felt weird, I didn’t know how to react. The boys were saying that I should have sprinted down to the other corner for a celebration.

“I am more concerned with putting points on the board and I was a little bit disappointed personally with the goal that we conceded.

“We’ve got to tighten up at the back, especially so close to half-time. We’ve got to defend that better, we know that, and I can do better than that personally.”