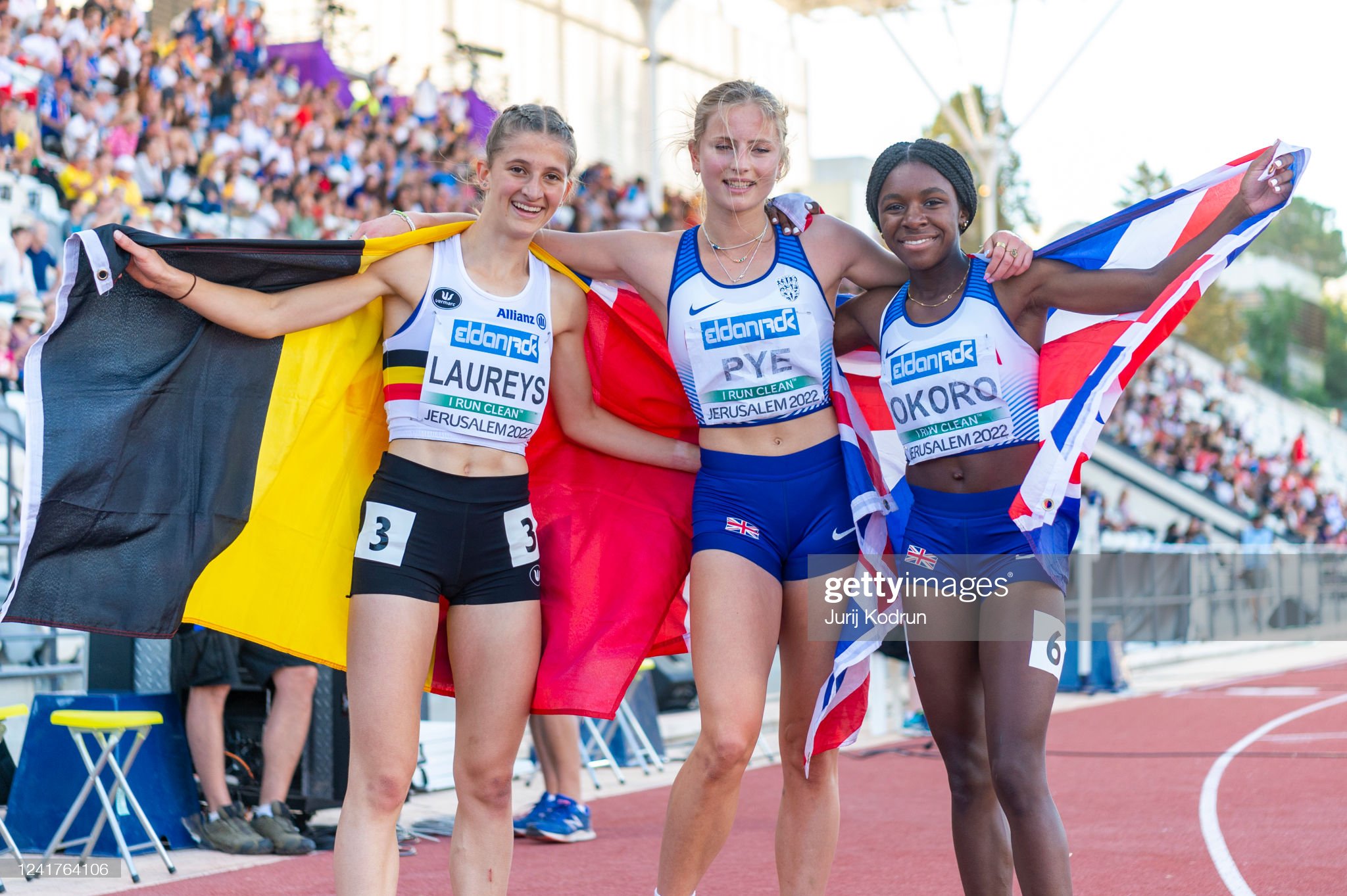 The Marlborough Athletics product claimed gold in a championship record time on the final evening of the event as GB claimed a record haul of 16 medals – eclipsing the previous best of 13 in 2016.

Pye produced a remarkable performance over the one lap hurdles to claim gold in a championship best time of 58.09.

The time also improved the GB under-18 record Pye set in her semi-final the previous day by almost half a second.

Pye said after the final: “It was a bit scary at first, everyone did seem to set off quite fast – particularly on the back straight, I was worried I was going to get left behind.

“But I stuck to my race plan and managed to battle it out and in the end and just about got it!”

The 17-year-old’s gold helped round off a memorable championship for the GB squad. Team leader Laura Kerr said: “These young athletes have embraced the opportunity to step onto the international stage.

What a week for our women at #Jerusalem2022

“With 16 medals and 22 personal bests, many of them have significantly outperformed their rankings.

“I have been very impressed with their preparations, behaviours and execution and want to thank their parents and congratulate their personal coaches.

“It is vital these athletes continue to refine their skills, abilities and behaviours in order to fulfil their potential as senior athletes.”

Pye certainly rose to the challenge of international competition, lowering the personal best of 59.74 – set at the English Athletics Under-17 Combined Events Championships in June – by more than a second-and-a-half during the course of the championships.