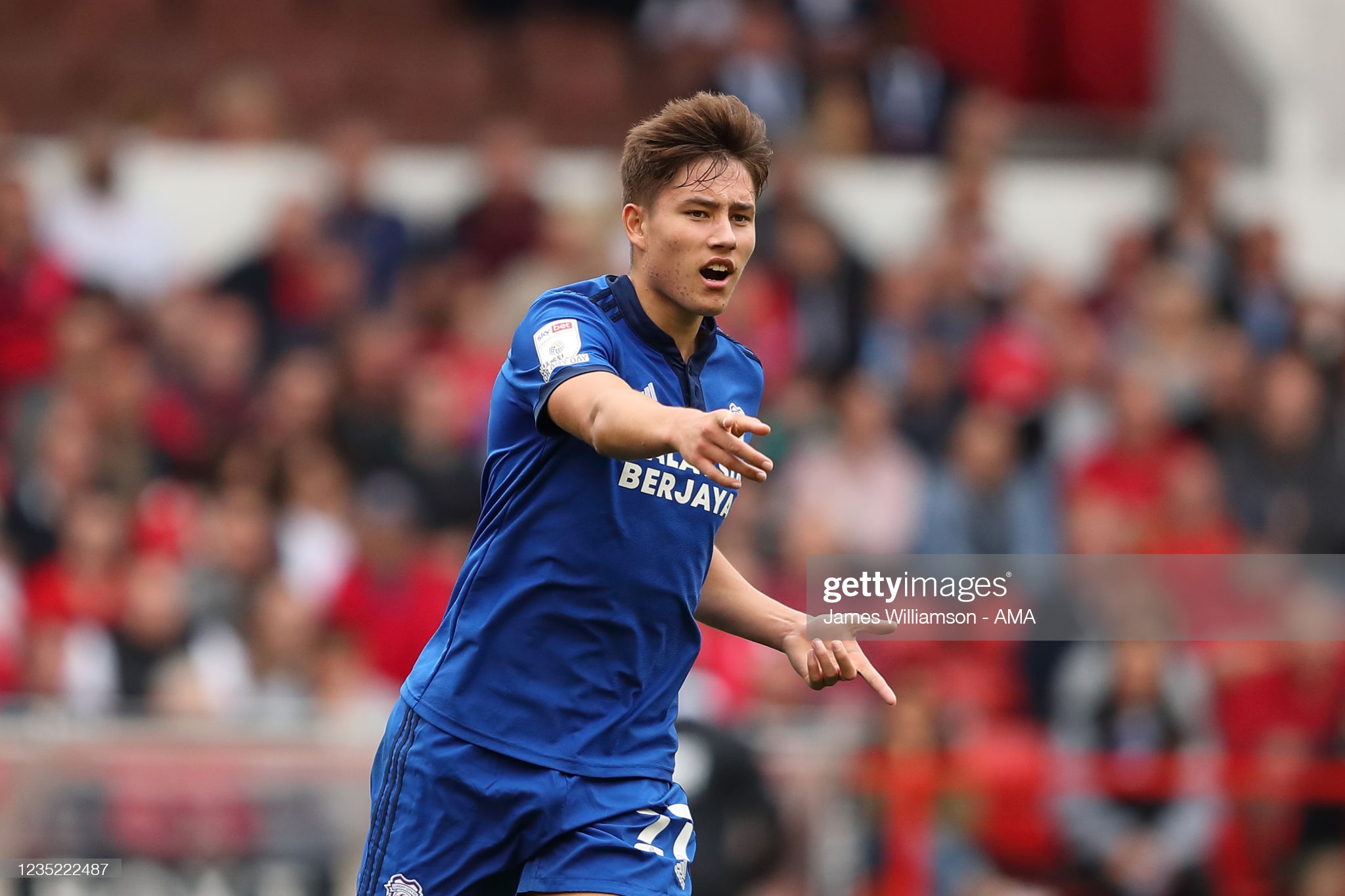 Rubin Colwill must step up and fill the void left by the departed loan star Ryan Giles for Cardiff City to prosper in the second half of the season.

That’s the view of Giles’ namesake, David Giles, with the former Bluebird and Wales international urging Colwill to rise to the challenge.

Cardiff play their first knockout match of 2022 on Sunday, when they host Preston North End in the Third Round of the FA Cup in a tie that is live on S4C.

It is also their first match without 21-year-old winger Giles, who has been recalled by parent club Wolves after making a big impact at the Cardiff City Stadium.

Statistically, Giles was one of the most influential players in the Championship with a chart-leading nine assists as well as an average goal creation time of every 29 minutes – more than anyone else in the division.

“Ryan Giles has been outstanding,” says David Giles, who is no relation.

“He’s 21, an attacking player, loaded with pace and very confident. He stands people up and is prepared to gamble and take a chance. He will go at people and get crosses in.

🏴󠁧󠁢󠁥󠁮󠁧󠁿 Ryan Giles (21) was just recalled by @Wolves from Cardiff. 🐺

Impressive, now hope he gets his chance. pic.twitter.com/nOa3KLyUgm

“If anything, Cardiff have not fully capitalized on some of the great crosses he has put in.

“But Wolves have been watching and thought, ‘Hang on. This kid could do this in the Premier League if we bring him on for 20 minutes.’

“There is no substitute for pace like that. He is going to be a massive loss and you just wonder where the service is now going to come from for the likes of Kieffer Moore and James Collins.

“But it means a chance for others and I really hope that Rubin Colwill can step up to the plate.

“He has great ability but he has blown hot and cold. He starts a game and then suddenly he’s on the bench. But he’s a Welsh international and I just hope that some added responsibility might see him respond.”

Colwill was good enough to be taken to the Euro finals by Wales last summer and when the 19-year-old came off the bench to score twice at Nottingham Forest in September it appeared he would have a major impact on the Championship.

Instead, his performances have been fitful with both Steve Morison and his predecessor as manager Neil Harris seemingly uncertain over how best to utilize Colwill’s talent.

Giles believes the player himself now has to seize his moment.

He adds: “He has all the ability in the world. If we can see the best of him then that would go a long way to filling the gap left by Giles.

“His form for Cardiff seems to have stood still, but you just hope that he can grab this opportunity now with both hands.

“Rubin Colwill playing well at the top of his form is a huge asset to Cardiff.”

Giles is a firm believer that an FA Cup run for his old club could spark an upturn in their Championship form and enable them to move away from the relegation zone.

He played in Cardiff’s memorable FA Cup victory over Tottenham in 1977 and recalls: “There was a good crowd there that day, great excitement and we beat them 1-0.

“Then, we played Wrexham in the next round and beat them 3-2.

“That got us to the fifth round but we lost 2-1 to Everton after going 1-0 up. It was a decent Cup run and it generated momentum.

From the Bob Bank to the Dugout! 🙌

“A Cup run for any team is a good thing. For Cardiff, who haven’t been getting good results and are down at the wrong end of the table, then it could lift everyone.

“It would improve morale and also lift the fans. It’s a gloomy time at the moment – poor performances and losing to teams Cardiff shouldn’t be losing to.

“Cardiff were annihilated by Bournemouth last month. But they earned a solid 1-1 draw at West Brom and that’s a decent result. Now, they need to build on that and a Cup run.”