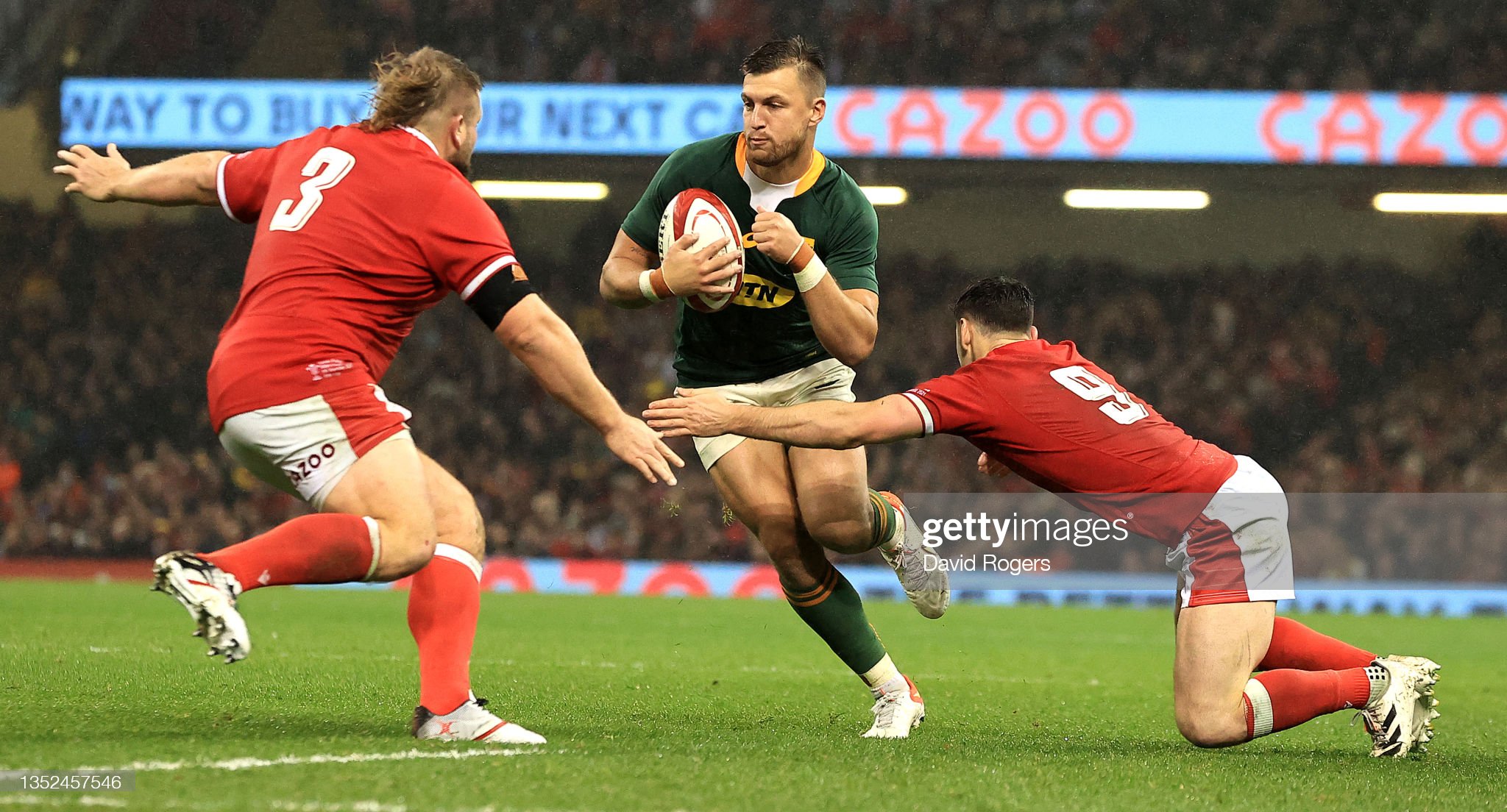 Tomos Francis will be crucial for Wales' chances against the World champions. Pic: Getty Images.

Tomas Francis is back in full training and in line to play for Wales against the world champion Springboks in Pretoria on Saturday (2 July).

The Ospreys tight head prop had been struggling with a back problem, forcing Scarlets rookie Harri O’Connor to be added to the 33-man tour party as extra insurance, but assistant coach Stephen Jones announced after training today (Monday, 27 June) that everyone in the squad is fit and firing.

“Everyone is fit and healthy and that’s great for us, especially at this time of the year. Tomas Francis is back to full training and Gareth Anscombe trained with us today,” said Jones.

“Gareth has been brilliant, he trained today and he is in a very good place. We gave him an extra 48 hours to be there for the birth of his child.”

The Ospreys outside half didn’t actually get to see his second child, Theo, being born. He had to leave before the birth and landed in Johannesburg to receive the news that his wife had delivered a son.

I've watched hell of a lot of South African rugby this season.

All starts with a ridiculously solid scrum.

And a rapid lineout maul.

If you can't counter that.

“It’s been a whirlwind 24 hours. I tried to stay behind to be there only just to miss it. I landed in South Africa to news of my baby son just being born,” he wrote on his social media feed.

The Welsh squad has settled into life in South Africa and Jones admitted they will have to play smart and be varied in their tactics to try to present the Springboks with a different challenge.

“It has been a fantastically warm welcome and the facilities are fantastic. That has enabled us to have an ideal preparation and we’ve got everything we need to maximise our performance,” he said.T

“The Springboks play a certain style that we are all aware of. It’s confrontational and very physical, and that’s what we are preparing for.

“It has been a long time since our last game against Italy and we are chomping at the bit. We have a world class group here who are very much looking forward to an intense Test match.

The Boks were lethal in transition last year, and having Kwagga, Marx and Fourie off the bench, they are looking to exploit it fully.

Opportunities will be there, especially if Wales start to tire at Loftus.

The breakdown is going to be brutal.

“Hopefully, it’s going to be a sell out and it’s going to be brilliant. We have a huge amount of respect for the opposition, but we are excited about the challenge and looking forward to playing our game plan and playing in our style.

“We know what’s coming – there is going to be a big aerial battle and it will be very physical at the breakdown. We have to be incredibly smart in the way we play the game and we need balance to our game and to play in the right areas of the park.

“We can’t be one-dimensional in what we do. We have to have variety and have options in our game, and that’s what we are training to do.”

Jones knows from personal experience how difficult it is to play at altitude at Loftus Versveld. The first of his 104 Welsh caps came as a replacement at Saturday’s venue, when Wales lost by a record margin, and he returned in a Welsh shirt in 2008, when he was on the end of a 38-21 defeat.

His third outing at the world renowned home of the Bulls in Northern Transvaal came on the 2009 British & Irish Lions tour. On that occasion he scored 20 points, yet still ended on the losing side as Morne Steyn kicked a last-gasp monster penalty to give the ‘Boks a 28-25 win in one of the toughest Test matches in living memory.

“You have to be excited about playing a team like South Africa in a sold-out venue. You know it’s going to be a physical challenge, but that’s the reason you play the game, to experience those environments,” said Jones.

“It is going to be very special for us. The Springboks were involved in another very intense and physical series against the Lions last year and a lot of our boys experienced that out here and we will be expecting the same again.

“We have our own style of play and game plan and we must have variety in our game. Our challenge as coaches is to be smart and how we play has to reflect that.

“We want to play in a certain style and how we manage the bench will be key as well. The vast majority of our group were out here last summer, have experienced a lot of Test matches against South Africa  and the last six games between us have all been incredibly close.”

While Wales have a clean bill of health going into the game, the Springboks, who announced their team on 28 June, have lost former World Rugby Player of the Year Pieter-Steph du Toit for at least the first Test.

The 29-year-old back row man is still recovering from shoulder surgery. He is expected to be back for the second and third Tests in Bloemfontein and Cape Town.