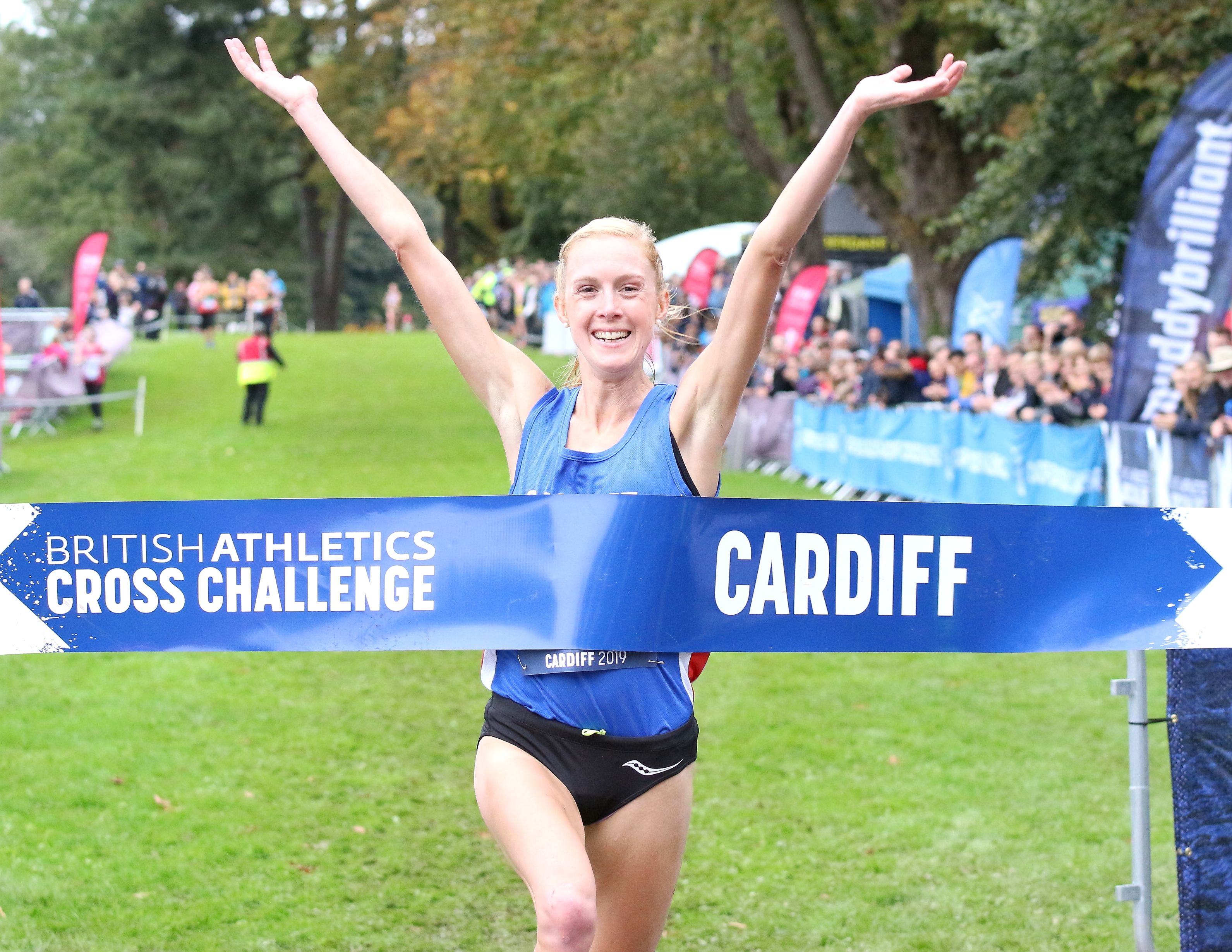 How has the fastest Welsh women over half marathon and world record holder for Parkrun been managing during 2020? A year from the re-scheduled Olympics and exactly two years out from the next Commonwealth Games, Charlotte Arter tells training partner Jenny Nesbitt what she’s been up to and how she has managed to keep on track over the past four months.

Having come off recording a stunning 70:00 at the 2020 Barcelona Half Marathon, Charlotte Arter was ready to take her fine form into a summer to remember.

With the Olympics just around the corner and a chance at achieving one of the most renowned accolades in sport, it was all systems go on achieving the 31:25 qualifying standard for 10,000m.

Flights to San Francisco booked and place in the Payton Jordan Invitational 10,000m race secured, the only thing left to do was to stand on the start line and run the race of her life.

“The goal there was to run a PB and shoot for the Olympic and European Championships qualifying time,” says Arter.

“My Leeds Abbey Dash 10k time – although just short – showed I wasn’t a million miles away from the Olympic qualifying time.

“So, although I would have to be in the best shape of my life to attempt to run it, it wasn’t a completely unrealistic goal.”

So, how has this impacted upon Arter’s plans and outlook for the future?

“I obviously missed training with you and Clara Evans, but all in all, I didn’t really lack motivation and the days passed by pretty quickly.”

Tall and lean, yet strong in stature, Arter’s happy-go-lucky approach to life is admired by fellow athletes.

She places a strong emphasis on a balanced lifestyle and the 29-year-old is never one to turn down an adventure – whether that be in hiking boots or heels.

The eldest of two children, Arter grew up in the Cumbrian countryside, participating in multiple sports and activities.

That’s where her grittiness and “all weather goes” attitude developed. Never one to shy away from a little Welsh weather, she will drag training mates out to face all elements.

With a quiet confidence in her own ability, Arter made global headlines in 2019 when she became the fastest women in the world on a Parkrun course – the 5k running phenomenon that involves over six million runners.

Her mark of 15:50 on the Bute Park course in Cardiff was the fastest in the 10 year history of Parkrun worldwide, until she lowered it to 15:49 in January of this year.

Her involvement in Parkrun, rubbing shoulders with runners of every ability, typifies her outlook. When she’s not giving training advice to younger athletes, she will gladly reveal the best places locally to get coffee or even a gin.

But rivals would be unwise to mistake her generous nature. When the gun fires at the beginning of a race, she is fearless, feisty and fast.

For now, though, just getting on a start line anywhere is proving her big challenge as the sport takes to time re-start after lockdown.

“With some form of racing popping up in various countries, hopefully this will only continue to move forward here in the UK and Europe.

“Most of all I’m excited to race, to feel those pre -race nerves again and see what sort of shape I’m in.”

Although there have been no races over the past four months, virtual racing amongst distance runners has taken off.

From one kilometre to 10 kilometres, many athletes have been searching out the perfect stretch of road in order to top the podium.

Although the European 10,000m Cup bronze medallist hasn’t taken part in any herself, Arter does see them as a valuable asset to the running community.

“Ultimately racing at some point in the not to distance future will get back to normal.

“However, in the meantime, it’s going to have to be reinvented with some imagination and innovation to meet the current guidelines in place.”

The virtual world – with athletes running against each other or the clock in different locations – has taken off during 202. And it is no surprise that as the months have moved on, innovation has expanded.

From the “Impossible Games” broadcast on the BBC, to track races in secret locations and athletes racing each other on all corners of the globe, athletics has taken up a new role in providing exciting and new racing formats – to keep both athletes and fans on their toes.

“I’ve enjoyed following the action from around the world, and have been really impressed with some of the performances over in America, especially with the Bowerman Track Club, where a new American Record was set in the 5,000m,” says Arter.

“It shows that racing can still go ahead, as long as the right precautions are put in place – so I am hoping that will begin to happen here, and give us an opportunity to put together some strong performances.”

It is still a long way from the athletics both athletes and fans are used to, but virtual racing has provided a filler for the gap in racing.

For the current edition of Trail Running, @charlottearter took us on a pre-lockdown run around the beautiful Gower trails.

Find in shops or click to get a digital copy: https://t.co/wWtpZYgPfu pic.twitter.com/6wLIplxgsd

Yet, as in many sports, there is still debate over the legitimacy of the times that have been posted.

Although virtual racing has played a role in providing goals for athletes, Arter says that “social distancing in distance racing isn’t really a thing”, and although she doesn’t know exactly how it will look, like many athletes, Arter is “excited to lace up the flats or spikes and compete in whatever format that may be.”

Aside from trying to predict the format of future racing, the Cardiff AAC athlete has used her time during lockdown to enjoy running for the pure joy of running. “I have been exploring new routes and running with no pressure of races. I have also enjoyed the little micro victories during this time, having one of the most consistent blocks of training banked and working on some of my weaknesses.”

Britain’s all-time 10th fastest half marathoner has also acknowledged that this time has allowed for a little thinking.

“I guess this time has put things into perspective in life as well as running, with the main message to appreciate all the little things in life and not take things for granted.

“Show love and support to your family and friends, appreciate and be grateful for all aspects of support you receive in life and running.

“It’s also reminded me why I run, that even with no races it’s actually the pure enjoyment that drives me, as well as the tangible goals of running PB’s and making teams.”

As we move further into the second half of 2020, Arter is looking forward to a return to normality.

“It was only a few weeks ago I first felt the monotony of training and was definitely ready to race.”

With a few races now returning, the opportunity to compete could come soon for Arter.

That’s likely to include attempting to qualify for the Olympics and knocking down that Parkrun world record once again. Watch this space.

2 thoughts on “Virtual Racing Will Do Charlotte Arter For Now . . . But The Princess Of Parkrun Wants To Keep It Real”