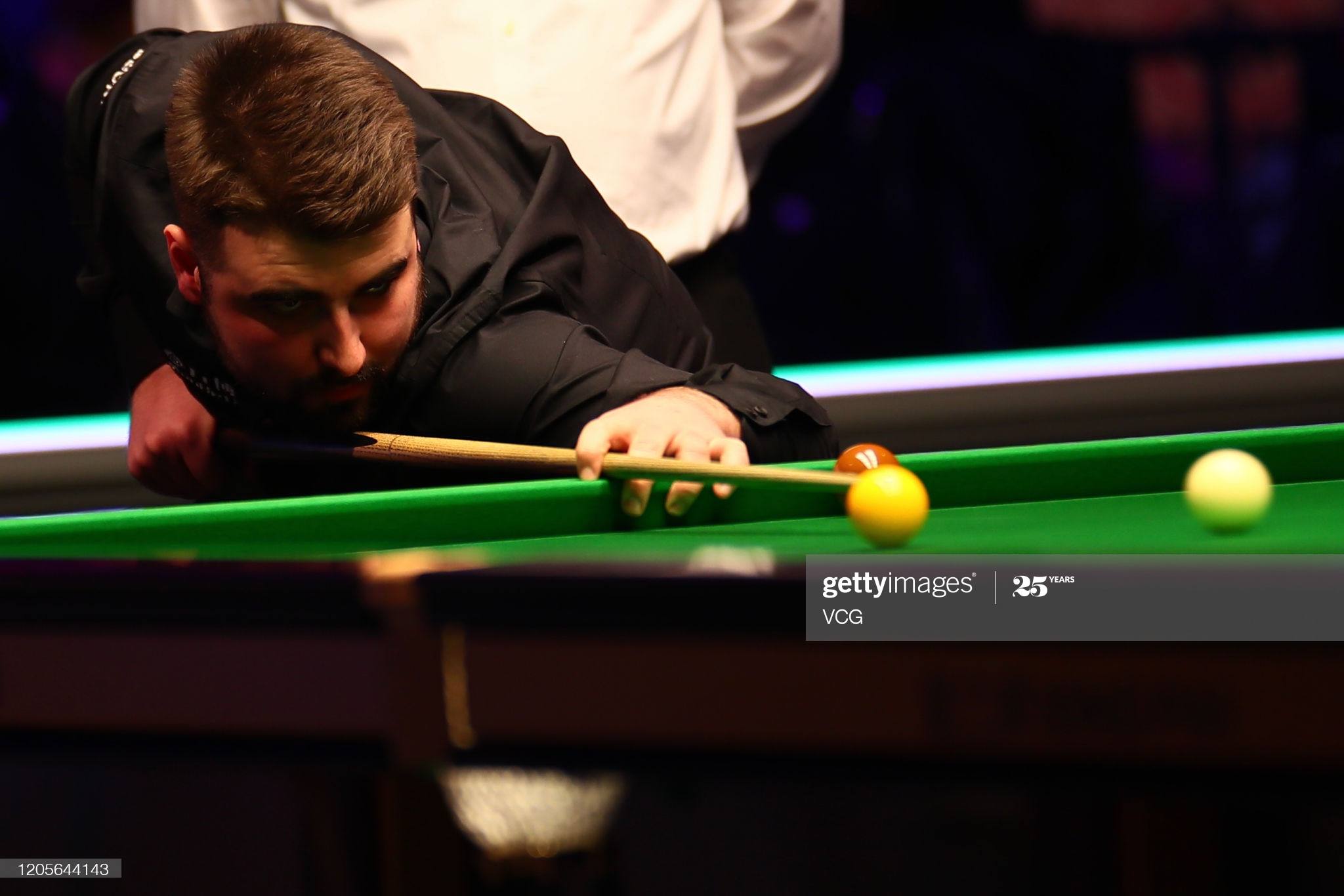 Clarke – ranked 89 in the world – entered the fray at the English Institute of Sport in the second qualifying round, dispatching Birmingham’s Mitchell Mann 6-1, before creating the shock of the next round in defeating de facto top seed Joe Perry, 6-4.

In the final qualifying round, Thailand’s Sunny Akani stood between Clarke and a place at the Crucible Theatre – and a new two-year tour card.

And the 25-year-old former Welsh amateur champion was never behind as he completed a 10-7 victory to book his place in Wednesday’s main draw.

“It’s a dream come true,” said Clarke, who will be the lowest-ranked player in snooker’s flagship tournament at the Crucible Theatre.

“It means everything, like all my Christmases have come at once.

“I’m going to love the experience at the Crucible – I never thought I would get to play there.”

Huge well done to Jamie Clarke – he gets over the line a 10-7 winner against Sunny Akani to complete the 32 player field at the Crucible.

Not only a debut for Clarke, but a new two-year tour card to go with it.

Another Welshman – albeit at the opposite end of his career – joins Clarke in the first round.

“I didn’t expect anything because I’d had five months off and only picked my cue up two or three days before I came here,” said 42-year-old Stevens, twice a World Championship runner-up.

“I’d only had about nine hours of practice.

“I had no expectations and didn’t think I would win my first match, but managed to play ok.

“Whoever I play I will be second favourite, but I don’t care that much whether I win or lose, so I could be dangerous.”

There was no such luck for Ryan Day, however.

The Pontycymer Potter led 4-2 against Jordan Brown, thanks to breaks of 123 and 108, yet still found himself trailing 5-4 going into the evening session.

And it was the 32-year-old from Northern Ireland who emerged the stronger, storming to a 10-6 victory against a player ranked 37 places above him.

“It’s not going to sink in for a couple of days,” said Antrim native Brown, a close friend and practice partner of world number four Mark Allen.

“This is what I have wanted since I was a kid, so to be going there myself is really something.”

The Welsh representation in the final qualifying round could have been so much larger.

No fewer than six players fell to defeat in the third qualifying round, among them Ebbw Vale teenager Jackson Page.

What can Matthew Stevens do at the Crucible in 2020?

He’s beaten Ricky Walden to get there! #ilovesnooker @Betfred pic.twitter.com/4uThyHn5xy

The 18-year-old’s ranking of 96 meant he entered qualifying at the first-round stage, but he belied his seeding with wins over Chae Ross and Harvey Chandler, before Perth’s Scott Donaldson ultimately proved too strong in a 6-3 defeat.

Michael White came from 3-5 down to overcome Jamie O’Neill 6-5 in round two, only for Noppon Saengkham to perform the same feat against the Neath player in round three.

At the same stage, Daniel Wells lost out 6-5 to Andrew Higginson, while Dominic Dale and Cwmbran’s Jak Jones both crashed to 6-1 defeats against Thepchaiya Un-Nooh and Anthony McGill, respectively.

Veteran Lee Walker, Duane Jones, Kishan Hirani and Swansea’s Tyler Rees all bowed out in the second qualifying round.

Ian Preece battled his way through two final-frame deciders in rounds one and two before falling to Stevens, while fellow Newport player Andrew Pagett and Cardiff’s Dylan Emery both fell at the first hurdle.