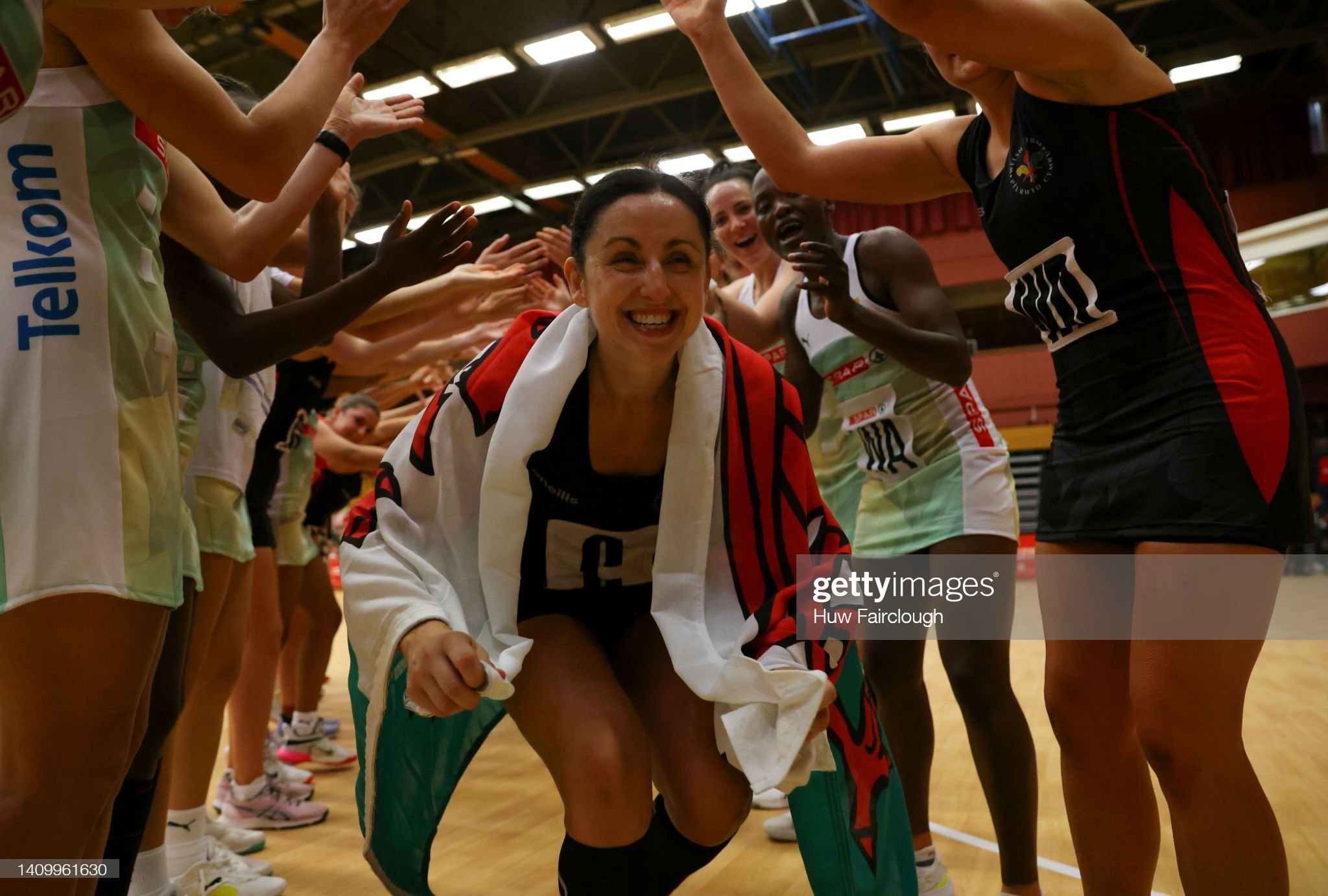 Welsh netball legend Suzy Drane has announced her retirement from the international game and will not be part of the squad for next year’s World Cup in South Africa.

Drane, who has won a record 125 caps for her country and has strong claims to be Wales’ greatest netballer, has chosen to bring down the curtain on her time with the national side at the age of 36 – bringing to a close the end of a remarkable 20-year Test career.

“It feels like the right time,” said Drane in an announcement made on the Wales Netball website.

“People who know me will know that I’m a very family-orientated person. It’s important to me to have that time whilst I can, now.”

Drane – who is a lecturer in sport development and performance sport at Cardiff Met University – also plans to devote more time to her academic career.

“There have also been opportunities for me to pursue in my academic career. I have been studying for a doctorate for the past year and it’s something I would like to give more time to.

“So, now is absolutely the right time for me to take a step back from playing.”

The former Celtic Dragons centre or wing attack, who left to join Bath Toucans in 2019, will leave a huge void to fill after being captain or co-captain of Wales since 2010.

Her experience, fitness levels and all-round mid-court skill-set will be a big loss for Wales, who are also looking for a new coach following the appointment of Sara Moore into a new role within Wales Netball, concentrating purely on development.

Drane played for Wales at four Commonwealth Games and would have been a certain member of the squad for the World Cup, a tournament for which Wales qualified earlier this year.

“It feels it’s the right time to have the Glasgow World Cup qualifiers as my finish point,” added Drane.

I wanted to share some news, after 20 years representing Wales I am retiring from international netball. It has been an amazing journey and I am excited for my next chapter! I am incredibly grateful for the experiences, memories, people and travels along the way 🏴󠁧󠁢󠁷󠁬󠁳󠁿🫶🏻🏐😊 pic.twitter.com/hyBHQn5p2f

“To be able to send the team to the World Cup was the icing on the cake. It put me at peace with the decision, knowing they will go and so a good job in South Africa.”

Her decision is likely to leave Nia Jones as Wales captain for the World Cup in Cape Town next July.

“Being an individual sports person who has been honoured to wear the feathers on their chest has been amazing,” added Drane.

“It’s hard to put into words the feeling that can give you. You are one of very few people who have that privilege. It’s a real honour to be able to do that.”